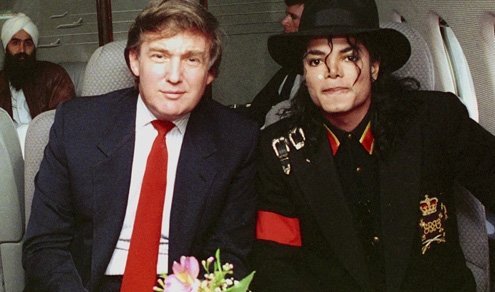 merican comedian Jim Gaffigan does a brilliantly witty sketch called “McDonald’s” that makes tears of laughter stream down my face. It’s not his description of the infamous French fry, or his take on the fast food giant’s health benefits, but his likening of McDonalds to anything that we consider trashy, a dirty little secret that’s also a habit we can’t quite quit. For example, if you snub the Big Mac but also read US Weekly, McDonald’s in print, you’re basically contradicting yourself — brilliant parallel on Gaffigan’s part.

I’m not a McDonald’s fan myself, though as Gaffigan would point out, I have my own spin on “McDonald’s” — and I’m not proud of it. The “it” in question goes by the name Trump. Yes, Donald Trump is my dirty little secret, my McDonalds. He’s the car accident I want to drive by while averting my eyes — but I just can’t. He’s that nightly cigarette you keep telling yourself you’ll give up, but each night find the perfect excuse to light up one more time.

Never having been one for reality television, I couldn’t understand its success. Finding it all lowbrow and vulgar, I snubbed every new reality star, show, and/or success story.

Until Trump. Damn him.

“Good God, what has happened to me?” I ask myself each time I click on another of his news related links, catching sight of that golden mane that sits ever so precariously on top of his head. I can’t look away. His red ties beckon my hand to click on the article or photo.

So what is it with our fascination with Trump anyway? Why do we want to see what blows from his hole. We’re captivated and he knows it. I can see him taking to the screen, “That’s it, keep looking this way.” It isn’t as if everyone at his rallies really takes him seriously. Or do they? He’s the Kardashian of politics. He’s vulgarity in all its glory. And yet, as polls keep reminding us, we Americans just love it. The way we love McDonald’s. Kardashian? Kardashian who? Gimme more Trump. I promise I’ll stop soon. Just one more interview, please.

Megalomaniacs step aside, your king has arrived and he’s promised us he’ll take care of those “bozos” called ISIS, build a Great Wall-style boarder to against dirty Mexicans and get all the scrounging immigrants out of here for good. He even has “a great relationship with the blacks.” I’ll admit I questioned whether his business buddies could really “beat China,” although when he followed up his grand China plan with, “They love me,” I felt much better. China loves him. Everybody loves him. We can all rest easy now. Millions will line bank accounts everywhere.

I can’t help but wonder, should Trump be elected, and the United States as we know it goes to hell in a hand basket, whether press conferences and political shows would start hiring showgirls to set the mood and get the good ole boys to pay attention to matters of state.

Wait, was that nastiness coming out of my mouth? I must be bleeding out of my mouth, since in the world according to Trump women tend to only ask the tough questions when blood (read menstruation) is involved.

I realize I’ll eventually need to move to the real candidates and the important issues, but it’s still early. I don’t want to quite smoking Trump just yet. I want one more French fry. Hillary and Bernie can duke it out in the polls for a few more weeks while I continue rubbernecking the GOP reality show known as Trump 2016 and basking in the glory of his famous line, “You know, it really doesn’t matter what [the media] write as long as you’ve got a young and beautiful piece of ass.”