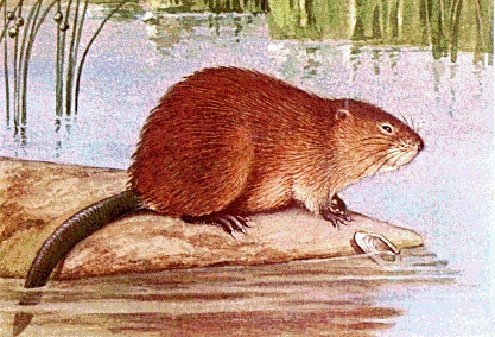 ikola Tesla, the inventor of wireless communication, said in his autobiography: “War cannot be avoided until the physical cause for its recurrence is removed …” He insisted friendly relations would flourish only after “the annihilation of distance in every respect.”

His words played like a snake in my head as I waited at the Detroit airport after flying in from Rome. I was doing Tesla’s work. Behind the luggage carousel I saw my charges, a 14-year-old Roman and his parents, “Julianne! Macche’ sta’ affa’?!” he yelled.

Pina, Luigi, and their son Leo were determined to cross the United States by car in under two weeks: From New York to Los Angeles, via northern Michigan.

They also wanted to meet my family.

“It’s a bit out of the way,” I warned. They said that going out of the way was part of the adventure. So we rolled out of Detroit and I began their introduction to the spectacular, innocent, massive Midwest. At first I felt a bit uncomfortable, afraid of political arguments, afraid they’d take the “Learn the Language, or Get Out” bumper stickers to heart.

At a fast food place two hours into our drive, an old man approached our table, and asked if we had just come from church. I said we hadn’t. “Well I jus’ figured,” he said, “by how ya’ll’ve got such fine clothes.” We’d all been traveling and were road-worn, in jeans, t-shirts and sweaters. The old man told us that if he didn’t have an old “ball and chain” himself, he might just ask one of “us ladies” to dinner. He indicated his little purple-permed wife, who waved and beamed at us from the soda machine, and laughed his way off.

Talk about lost in translation. The Michigan accent is a jambalaya. You take your Canadian “ay” and “oo” influence — “What have you been dooing?” “We’ve been oot on the boot, aye.” — then add a warm American slur. What you get is a blender operating between word breaks:

Open up your vowels, add a dash of Chicagoan “yah” where necessary, and you have it: “Whadjaben dooin?”

Unless, of course, you are a female between the ages of 12 and 40, then you’ve been swept up by the Valley Girl wave and have to finish all sentences with an inflection:

We passed through Flint and I explained just how hard the economic crisis had been on thousands of automotive industry workers, that Michigan was a hard-nosed, conservative, blue-collar state. I showed them the exit sign to Simon and Garfunkel’s Saginaw, and Thomas Edison’s (Tesla’s foe in the AC-DC wars, I thought) Port Huron. We searched for some old folk songs on the radio but found only country. We, like Paul Simon once upon a time, had come “to look for America.” But where could we find it in just two days?

We woke up the next morning in the cold August dawn and hiked through sweet fern and pines. Through binoculars, we saw a Bald Eagle in her nest across the pond. My uncle told me it didn’t get much more American than that.

In the afternoon, I forced my meekly dissenting group into canoes. The canoe-rental bus dropped us off and the family sportingly boarded their canoes, Luigi and Pina together, Leo with my Uncle Paul, and me in a kayak.

When you are canoeing, language barriers are less of an impediment. We all quickly learned that “Rock!” meant that you needed to back-paddle.

I came up on Leo a half an hour later as he attempted to explain to my uncle, in Italian, that he had seen a muskrat. He’d set the oar on his lap and was miming whiskers. I saw what I assumed was a doomed conversation. But no. “Aaah>,” said my uncle, “you saw a muskrat!” Apparently nutria is a species of muskrat in English, a name left over from French fur-trapping days. Later, when we saw beaver dams, the group managed a conversation about beavers, castori, thanks to the same French fur-trapping legacy.

The river is peaceful, clean, sandy, and flows through a wildlife preserve. Even the people floating down it in tubes with an extra one for their beer cooler respected the ambience. A woman who had been in the canoe rental bus (and who knew that the Italian family were my guests) watched over my charges vigilantly. She’d circle back in her kayak to warn them that a heron was up ahead on the right bank, or that turtles were sunning on a log near an inlet stream. On the way home, my uncle asked me if I knew that AirOne the airline also meant airone which meant heron. Leo, in his heavy metal t-shirt and chains, told me he wanted to learn to fly-fish.

Nikola Tesla wrote, “What we now want most is closer contact and better understanding between individuals and communities all over the earth, and the elimination of that fanatic devotion to exalted ideals of national egoism and pride.”

This great new world apparently includes Italians who can identify muskrat, know what AirOne really means, and like kayaks and fly-fishing. Tesla might have found it hopeful.