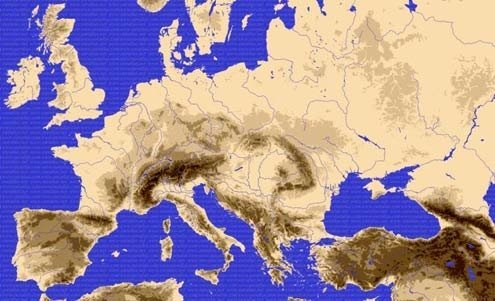 he Italian language has a word that doubles as a tendency, presapocchismo. It literally means “more-or-lessness.” It’s the amateurish, easy-come, easy-go approach to the obtaining and presentation of fact. A good example is how Italian media translates and paraphrases feature articles plundered from American media and reprints them crediting its own foreign correspondents. Under the tenets of presapocchismo, plagiarism is a kind of ingenuity.

The Anglo-Saxon journalistic world has long mocked presapocchismo. How silly of Italians to ignore reporting’s bulwark 5Ws — “who, what, where, when, why.” How can you assail a law or government policy without first giving readers a comprehensive idea of what you’re criticizing?

But the world is flat. Presapocchism, now a natural companion to blog and diary writing, has begun making back door inroads into 5W culture.

Take recent The New York Times and Washington Post stories ahead of President Barack Obama’s trip to the Group of 20 summit in London, an annual gathering of finance ministers and central bank officials from the world’s 19 top economies plus the European Union.

The Times titled its piece: “Obama Will Face a Defiant World on Foreign Visit,” while The Post called its report “No Givens as Obama Steps on World Stage.”

Both covered predictable ground: the economy, the recession, the future of American involvement in Afghanistan and Iraq and the instability of EU leadership — witness the collapse of Mirek Topolànek’s Czech goverment, which holds the EU’s rotating presidency.

The Post queried Foreign Policy editor Moisés Naím who said “many” foreign leaders had “their own domestic reasons to pick a fight with the new American leader, if only to show that they are not bowed by his celebrity.” The Times meanwhile quoted Robert D. Hormats, vice chairman of Goldman Sachs International, who inisted Obama “must demonstrate to the world that he understands that it’s not just about saving ourselves.”

Absent from these erudite reports — ironic given the Hormats comment — was just where Obama was going. (For the record, he’ll visit London, Strasbourg, Kehl, Germany, Prague, Istanbul and Ankara.).

Though The Times mentioned London as the site of the G-20 summit and noted Obama side-trips to Prague and Strasbourg, it provided neither an itinerary nor a clarifying West-to-East sequence. In The Post‘s 30-paragraph report, Obama’s “eight-day, five-country trip” was mentioned only the final paragraph.

This is tantamount to announcing a papal trip to “Africa” and leaving the rest to chance. It’s a portrayal of travel based on strategy alone. The American president no longer visits countries but meets leaders and confronts issues. “Issue celebrity,” a hallmark of the recent U.S. presidential campaign, now trumps the more orderly 5Ws. (The Post, for example, waited until late to explain what G-20 stood for.)

Packed into these reports, at least online, were hyperlinks, question boxes, topic asides, the Gucci accessories of online presentation.

But nix the Gucci and you get American-style presapocchismo, with top-notch news organizations latching on to “who,” “when” and “why” at the expense of the “where” and “what.”

“After he leaves London,” wrote The Times, “Mr. Obama will go to the French-German border for a NATO meeting at a time when European governments, under pressure from their populations, are looking for the exit doors in Afghanistan even as the United States sends more troops and money.”

The “French-German border” stands in for Strasbourg and Kehl. Ankara, the Turkish inland capital, hardly even appears. Instead, The Times reported that workers were “polishing up the Hagia Sophia basilica-cum-mosque-cum-museum” for his brief stay in Istanbul.

“Basilica-cum-mosque-cum-museum”? Are most even aware Ankara and not Istanbul is the capital of Turkey? (Again for the record, Hagia Sophia, or Santa Sophia, began as a sixth century Orthodox church, was enlarged and converted to a mosque under the Ottoman Turks and finally transformed into a museum when Atatürk’s secularists took over following World War I.)

Blame the Internet for the blanding, though it hardly matters. Editors increasingly assume unnamed third or tenth parties will do the 5W lifting. Newsweek magazine recently announced a new opinion and analysis-heavy look. “The drill of chasing the week’s news to add a couple of hard-fought new details is not sustainable,” editor Jon Meacham told The Times.

But bury the drill and you get fallout. Ignoring detail demotes them, and history and geography context with them.

Some may argue that a president’s movements are irrelevant so all get a mission statement of sorts. TV and the Web will do the rest.

Insisting on informed awareness is the norm in approximation-loving Italy. It’s also easier. It may even have some “old European” logic. Not so in the United States. Americans, despite their strategic “outreach,” have long been disconnected from the global lay of the land.

Imprecision dotes on fuzziness. “The White House,” reported The Post, “promises a series of one-on-one conversations with the leaders of Turkey, Spain, Saudi Arabia, South Korea, China, India and Britain.” That’s two continents worth of leaders mashed into a single sentence.

In a famous story, sweet-toothed Winston Churchill was served a dessert that perplexed him. “This pudding has no theme,” he complained, pushing it away. What then to do when themes are clear but no one knows what a pudding is?