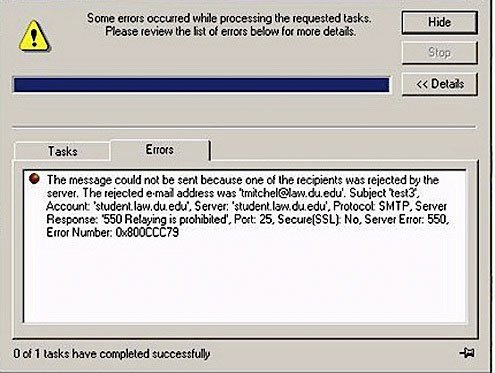 Hellos dancing up a pretend storm, which is how it is, or can be.
S

he doesn’t write to me. She doesn’t speak to me. The vanishing act. I saw her but I didn’t. What to do? It’s a distracting dilemma. I help because his message reads like pained Morse. “U got time for me?” he asks. Not really, but he’s a chaser of lost causes and as such a brother in arms.

He met her online, he says. “Met,” he explains, in a manner of speaking. “We communicated, but barely.” Hello, he said. Hello, she answered. That’s how it began. Hellos dancing up a pretend storm, which is how it is, or can be.

He’s in London; she’s in LA. They continued their hellos, his more cordial and involving, or so he says. “I want to meet you,” he wrote to her. Sure, she answered. “I like the sound of you.” The sound.

“That must mean SOMETHING,” he says.

Later in the exchange, he discovered she had a son. She hadn’t mentioned it. To protect him, she explained. “But I trust you now.” He appreciated the intimacy. Divorced and undaunted, he kept at her. I’ll be in LA soon for work, he wrote, then waited.

“Great,” she answered, but only eventually, not immediately — but he’s the one measuring time.

He’d seen her picture and she his. In hers, she smiles coyly. In his, he’s beside a car, a red Porsche. It’s a male shot.

“We meet, Redondo Beach. Italian place called Spigot. She has a killer smile… and…”

He found her at the bar twirling a glass of wine, five minutes early to his four. He liked her immediately. “Like” means smitten. I know him, a good man, decent. Brought up in Chicago; schooled in Rome; son of good manners.

Over wine, she began confiding. Over a second glass, then a third, he learned about David, her ex-husband. “We were married at 27… he… well, it was… abusive…”

I still believe in love, she added. So do I, he told her. She lived alone, worked in interior design, raised her son Eric, traveled to Texas and Michigan on company trips. She was 40 and had never been abroad.

“Come to London,” he said impulsively. She nodded. “OK, I will.” He tried holding her hand but she shook it off gently.

She then revealed more. She’d been recently involved. “An older man. Not handsome. I fell in love for the first time in my life. He was a man who could get things done.”

How so? he asked.

“He was strong, sure of himself.”

She slept with him, had a yearlong relationship, broke up, and mourned his retreat. Hadn’t she loved him enough? He then reemerged with new promises and went to bed with him again. And he again reneged. She went to his home to confront him and found him with another women. She found his car, a Porsche, and deflated the tires.

“You have to understand I loved him,” she said. The wine count is five.

What you’re smitten by, I try to tell him, is the way she’s unrequited. What you love, I insist, is her longing. You’re borrowing from her disappointment to get closer. It rarely works.

But he doesn’t listen.

“Thatz when I made my mistake,” he says.

He told her she wasn’t over the man, “not completely,” and she hissed back —hard. “You brought this up,” she said. “You’re making me talk about this. I’m completely over it but you’re making dwell on it.”

He apologized and paid the bill. He walked her to her car. They kissed on the cheek. “Maybe I’ll see you before you leave,” she said.

But she went silent. He had only her email address and a surname, not much in greater LA. He wrote an email apology. He followed that up with another message, taking care to remain polite. He canceled a flight and lingered, inventing excuses. Now, a week later, he’s written to me.

“My messages, she MUST have gotten them. They MUST mean something. Right?”

I don’t know, I tell him. I think of Roman brigades hidden from enemies on a bluff, descending only when sure of safety, to find themselves surrounded. From the start, the enemy was everywhere unseen.

He doesn’t understand me, he says. He thinks she should have thanked him. “At least that, right?” “We had this thing.”

What you had, I repeat, was one place, one dinner, some wine. The rest you imagined to suit your own needs. I tell him what an ex-girlfriend once told me, eager to persuade me that both “girlfriend” and “ex” were delusions: “You can’t lose what you never had…”

“I thot you were a romantic!” he writes back.

I pause. Yes, I respond. Very much so. But not when it comes to friends.