More than a horse 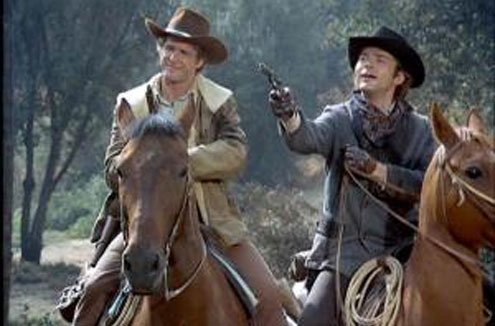 ver the years, people often suggested I get my children a horse. “It’s the best thing you can do,” said a friend. A doctor near our farm imaginatively prescribed one for a boy suffering from chronic shyness. I also knew a father who, after his eldest daughter got pregnant, bought one for his youngest to keep her away from boys.

Britain has a long and fine tradition of horsemanship, or so it seems. The Royal Family has blazed a trail in Olympic equestrian events. There are Gymkhanas, where little girls flog around a ring jumping over poles for a rosette. In Point-to-Points, or steeplechase, posh people slum it with us proles in a muddy field while sipping Bolly out of an ice bucket perched atop the tailgate of a 4×4. We in Britain host many celebrated races, including Ascot, and have world famous studs and trainers

Yet this horsy world barely touches most lives for the simple reason that horses require either land or wealth, preferably both. They also need dedication (I once knew someone who kept a horse a suburban garden shed).

Like most girls, I had a brief flirtation with ponies, egged on by romantic horsy novels about girls with pluck, their silky fair hair framing delicate but resilient features. I had a few lessons at the local riding school, trotting round a ring while terrified and uncomfortable. But the reality didn’t really live up to the ideal. Maybe I wasn’t plucky enough, but having to dodge electricity pylons didn’t help.

But I suspect that the real reason was that there were too many rules and that the competition was, well, too competitive. The whole of it seemed to me awfully reined in. As John Betjeman so wonderfully put it in his poem “Hunter Trails”: Margaret failed in her paces, her withers got tied in a noose, so her coronets caught in the traces, and now all her fetlocks are loose.

My other passion were Westerns, particularly “Alias Smith and Jones,” in which heroines leapt into the saddle (there was always a horse waiting), tossed their hair, and were off. This, and not plodding round a suburban paddock under an electricity station, was surely the way to ride. My equestrian romance ended completely when I fell and badly injured my arm while out on a hack, giving me a good reason to pack it in.

But when you’re a parent, life has a way of being cyclical.

As my children grew, they too, got the horsy bug. Fortunately, they’ve managed to enjoy the experience in a far more relaxed way than their mother. When we got our first horse, I remember a vague attempt to be a responsible parent, recommending to my second son (also keen on Westerns) that he get riding lessons.

The extraordinary thing is, he did.

We now have three horses all acquired in similar ways to the first and it has been nothing but a positive for my children. It has booster their confidence, well-being and life experience, especially because we got the horses on the condition that they do all the work (I’m still totally ignorant of, and quite nervous about, horse things). I admit my learning curve has been steep.

Our latest horse was an untrained stallion that scared the pants off the farrier. But my boys were not bothered: they gathered wood from a coppice and built a training ring. They can now ride him without difficulty and he’s soon to be a father (even I can’t wait for the foal.)

One thing leads to another, it seems. The boys are now learning how to build since we need a new stable. It’s a joy to watch them putting the freedom we enjoy on our little farm to such good use. I’m not sure my young self would have had their courage. Then again, I never had a horse.