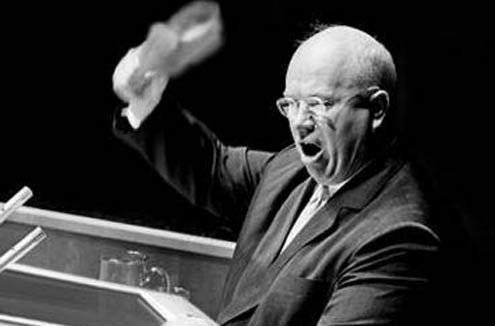 n mid-1989, American political theorist Francis Fukuyama wrote an essay called “The End of History” in which he claimed Western liberal democracy was poised to personify the “universal homogenous state,” something French Hegelian intellectual Alexandre Kojève had predicted as inevitable in 1930s.

Beaten was Marxism-Leninism, capitalism’s 20th century challenger. Communism’s aftermath would usher in a free market-based “common ideological heritage.” Belligerent nation-states, drunk with gamesmanship, would lose their war-triggering capacity. Pre-eminent capitalism stood a chance of presiding over what might be a “final form of human government.”

Man was freer than ever. Religious and political conflicts would persist, terrorism also, but consumer culture would “foster and preserve” the ideals of democratic liberalism in a newly circumscribed “global” West.

The fall of the Berlin Wall and the ripple-effect collapse of Communist dictatorships only enhanced Fukuyama’s credibility.

But toward the end of his work, Fukuyama pulled up like a runner with a cramp.

“The end of history,” he wrote tellingly, “will be a very sad time. The struggle for recognition, the willingness to risk one’s life for a purely abstract goal, the worldwide ideological struggle that called forth daring, courage, imagination, and idealism, will be replaced by economic calculation, the endless solving of technical problems, environmental concerns, and the satisfaction of sophisticated consumer demands. In the post-historical period there will be neither art nor philosophy, just the perpetual caretaking of the museum of human history.”

The future lacked a theme.

The global economic crisis, arguably the first fully global event since end of the Cold War, bears out Fukuyama’s perplexity.

While the September 11 attacks and the ensuing “war on terror” gave a panicked White House means to briefly imbed reverse zealotry into the national will, the overall threat remained nonspecific. Narrative holes soon followed: The enemy was found to have no clothes. The homogenous state was not under assault from a tyrant with nuclear weapons but by an army of dedicated snipers. The grander conceit collapsed.

If it’s true that economic distress is more personal and therefore a truer measure of national will, this crisis lacks a summoning. Absent the Soviet menace, national language is self-involved. Public resilience once rallied by fear of inferiority and falling behind is now unavailable. So is urgency, which mass media has ridden into cliché. The Kennedy-abridged question isn’t “How can I help?” but “Who will help me?”

In the nationalist 1930s and during the Cold War, economic recovery was boosted by “or else-ness.” Recover, or else. Ideology was motivation. In the 1970s, oil dependency meant capitulating to Arab whims; in the 1980s Japanese technical superiority suggested American helplessness. As always, the presence of the Soviet Union, “the rival cult,” as A.J. Liebling once called it, nourished the trepidation. The economy was as much an ideological investment as a consumer device, and it couldn’t be seen to falter indefinitely.

Without a galvanizing lightening rod, calamity has no traction. The wheels may be falling off the auto industry but driving is not at risk. Some may have lost both jobs and retirement accounts but the middle class remains largely intact. Pent-up grievances are released instead into the Internet, which has privatized anxiety and represents a 21st century samizdat without frontiers.

Consumption’s calming rewards have flattened the theatrical romanticism of the 1960s and 70s (The Moon landing a wasted “expenditure”? Perhaps.). Spasms of ardor persist — witness the election of Barack Obama— but such sympathetic energy loses its focus once played out, no shoe-armed Khrushchev to maintain surface tension.

Fukuyama rightly imagined egalitarian post-history as a custodial period contingent on need and availability. Consumers carry no flag. Purchase-power is standard-issue. When it wanes — and this is such a time — the global clientele worries, hunkers down and hopes to regroup. The commonweal is paradoxically self-centered.

The makers of the new order will defend their luminous territory, citing tools that display and dispatch data and preference more effectively and affordably than ever before, thereby expanding teaching, learning, not to mention coital possibilities. But this is little more than a polishing of the submissive artifacts in Fukuyama’s post-history museum.

The caretaking he suggested 20 years ago has led to a specialized way of life in which the act of expression and the rites of self-promotion are seen as new ideas. Cultural identity the sum of stitched-together monologues and messages that seem intimate but aren’t, producing melancholy.

Membership in this janitorial network, even tangential, coupled with the obligations of parenting and commerce, are the substance of most glassy-eyed social belonging. The daring nation that once wished upon the Moon to impress the “rival cult” (and itself) has been superseded by one in which most personal drama is plagiarized from voyeurism or vice versa. Self stands in for nation as the recipient of meaning.

Beware the boredom at the end of history, Fukuyama warned. Twenty years later the warning has been trumped by its embodiment.