Monsters under the bed 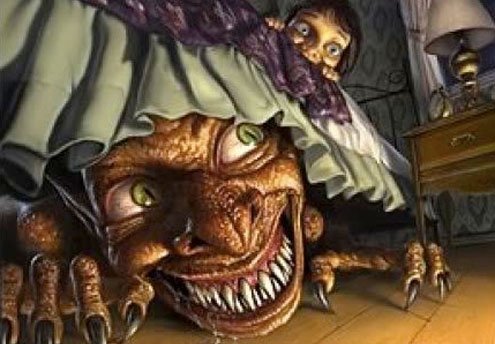 Many Italian teens are left in the dark to find out sexual realities, and pay a high price.
T

alking about sex to your kids can make both parents and kids embarrassed and uncomfortable. Two mothers I know, one a doctor, the other a biologist, both with 16-year-old daughters, decided they were too uncomfortable to give “the talk” to their daughters so they sent them to a gynecologist instead. A good idea, but I suspect one of the two daughters was already sexually active. Oops, did someone close the barn door after the horse was already out?

Every adolescent is different of course, but many start having sex before their parents deem it “the right time,” which can suddenly put a kid in a world they don’t know enough about to handle in a safe and reassuring way.

In my family, once a month or so, we’d abandon our usual spots in front of the TV and dine together at the table. It was during one of our sit-down meals when my parents decided it was time to tell us about the “birds and bees.” I was 10, and my older brother 12.

My father began. “You boys are getting to the age when it’s time you knew about sex,” he said.

My older brother and I were silent.

“Sex is biological reproduction,” my mother piped in, “and it is very dangerous. You can get a girl pregnant!”

My father continued. ” If you’re not careful you’ll get gonorrhea. When I was in military training we saw a film about army boys who got gonorrhea because they didn’t use a condom. They had to put them in large oil drums and boil them in oil while they screamed in agony.”

“Why would anyone have sex if it is so dangerous?” I asked.

While my parents’ explanation may have sounded more like an Alfred Hitchcock film, at least one message was very clear. If you don’t use a condom when you go insane you’ll get someone pregnant, pick up something akin to leprosy, and end up being boiled in oil.

Thankfully, my schoolmate Irwin Milsap had a sister who was a nurse and he had been holding playground seminars on sex, in which we boys discussed such vital topics as, how to find the G-spot, multiple orgasms, nymphomania and the Coca Cola douche as an effective post-coital birth control method. At the time, sex seemed both mysterious and bizarre, but I eventually sorted out the bits of truths and the rest more or less fell into place.

Not long ago I joined a group of friends for a cocktail at a café. Parents gathered around one table, their teenage children out of earshot at another. One father looked at the kid’s table and joked lightly about their sexual coming of age.

“I hope you’ve explained safe sex to them,” I said.

“I’m sure they learn about that in school,” he replied.

“I’m too embarrassed,” confessed one of the mothers.

“It’s easy,” I said. “Just do this.” I slipped off my shoe, lifted up my foot, and rolled down my sock. “Pinch the end of your sock gently and slowly roll it onto your foot making sure you don’t trap air inside.”

“Now, go to your room and practice,” I said, stabbing a finger at each of them. Again they laughed then changed the subject.

I still can’t wrap my head around how a group of loving, well-educated parents, like my friends, could risk their children’s lives rather than teach them about safe sexual. Condom dispensers have become increasingly common throughout out Italy in the last decade, in gas stations and outside pharmacies. The good folks at Durex advertise condoms on TV with a slogan “Love Sex.”

But since Italy remains predominately a Catholic country and the Vatican opposes condom use, it’s no surprise that parents are reluctant to openly discuss safe sex with their children. While many parents acknowledge the real and frightening possibility of an unwanted teen pregnancy, they act as if STDs are a punishment only for the promiscuous (“Certainly not my kid!”).

When children are young and afraid of the dark, parents often leave on a hallway light to keep the monsters at bay. As they get older, the monsters only seem to grow in number. Without parental information and knowledge about safe sex and condoms, kids are sadly left to deal with them alone and in the darkness.