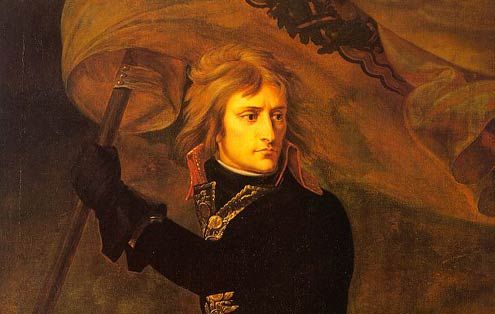 n a slow day I led Napoleon’s armies. I was the general responsible for the indomitable left flank. We lacked mortars and the weather was bitterly cold but my men, particularly my snipers, sensed the British like hare. We went to Russia grudgingly. I told Napoleon I doubted the move. “Winter,” I warned him. “Reckon with winter.” He did not. My soldiers were the worse for it.

On other days, I was Jason Argonaut, pitcher for the White Sox. I had good years and bad, but now, in my twilight, I was ready for one great performance. I would silence my critics.

But no, maybe that wasn’t right…

Maybe instead I was the younger Jason, the fire-balling youngster who came from nowhere to strike out 25 consecutive batters. The newspapers forever recorded that performance as “Jason’s Gem” with a gigantic headline that read: “Mystery DC kid fans 25; speaks humbly of roots.”

On the worst school days, humiliated, humbled and clueless, girls giggling on the outskirts of my shadow, I was just Acton, the puzzling paleontologist who brought dinosaurs to life. I worked in ways no one understood. Take me to a graveyard in Kenya or Siberia and I’d lie among the bones, feeling for joints. I knew how the beasts fit. I could deduce them to life. That headline read: “Tyrannosaurs Rex attacks school, swallows teachers, girls and Tony.” Tony was my tormentor, one of many; he’d never see it coming.

I rehearsed an appropriate apology. I wanted no harm to come to anyone, I’d say. I just wanted to do right by my beloved dinosaurs. Acton had a responsibility to giant reptiles. Acton also had a grand spacecraft, the “Proteus,” which he used to prowl outer galaxies looking for species to reinvent. Along the way he’d name the stars.

Daydreaming once had a patron saint: Walter Mitty. James Thurber made him up in the 1930s and the fictional Mitty took it from there. He was a pilot, a surgeon, a killer. He was meek and married. He had nowhere to put his imagination. Girls had Cinderella. Or Barbarella. Mitty was more my kind. I’d one-up him when I could.

Remember when the Red Sea parted? That was all me, some early handiwork. I favored escapees.

Then came Gutenberg and his press. I talked him into printing the Bible. The small print bothered him. I taught him about “fonts,” which he called “fawns.” Not easy work.

I made the microscope van Leeuwenhoek used. When he first saw those magnified shapes (I told him he would), he was speechless. “They’re wee beasties,” I told him jokingly, and he murmured it aloud. My line. In Dutch of course.

I built the battleships Bismarck and Tirpitz, and sank them both. My part in a larger cause.

I advised Eliza Doolittle to walk away from Henry Higgins, and in my version she does. She is Audrey Hepburn, with me. Bursts into song. Or tries.

My greatest feat was the invention of snow, with which I could close schools and stall society and keep bullies at bay. I could then listen to the radio in the basement far from the madding crowd until my father came from home from work and extracted me from my models and small racecars. “Come upstairs for a while,” he’d say. “You can’t stay down there forever.”

He had no idea I was talking to Napoleon, listening to Acton, parting oceans, inventing microscopes, urging snow to come quick.

Half-a-century later I read about a documentary that chronicles a new generation’s dependency on the Internet. It’s called “Growing Up Online.” The article begins, “A baby-faced eighth grader, viciously bullied online, hangs himself. With the click of her mouse, a young woman with anorexia uses cyberspace to find tips on starving. A high school student, with a world of plot lines available on the Internet, admits that he cannot recall ever actually reading a book.”

I’m relieved in a way.

I see no mention of the Red Sea. No gamer invented the printing press or the microscope. The most diligent online efforts will not open a line to Napoleon — he’d be offended — or bring dinosaurs back to life. Jason Argonaut is like no one else. I made him. I am the sole source of his rich exploits. The lips he kisses are ones I know. The yearning is my program to run.

Creating and maintaining your own universe is no game. There’s history. There are troops at the ready. It takes focus and concentration to make snow. It takes cajoling to tell it just where to fall. So look outside the next time.

That’s me, leaning on the flakes forever.