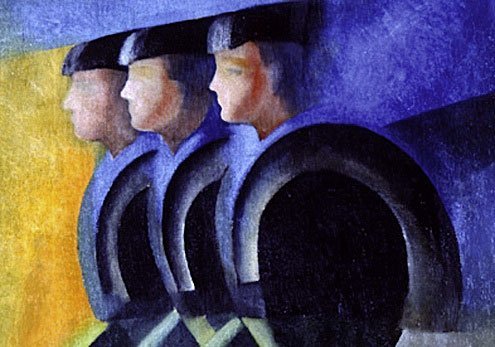 When American collector Mitchell “Micky” Wolfson Jr. wanders through his Genoa warehouse, he is surrounded by the things he loves. Futurist paintings hang beside Fascist war posters. There’s a bust of Benito Mussolini, a book made of tin, an antique vacuum cleaner. Each, in its way, is a small classic of Italian modernity. “Everything I acquire,” says the 67-year-old from Miami, Florida, “is a real coup.”

Over the years, Wolfson has collected some 100,000 objects, most dating from the start of Europe’s Industrial Revolution and extending through the end of World War II. Until now, most of Wolfson’s possessions were housed in a 20-year-old Miami Beach museum called the Wolfsonian.

In December, he will open a museum in Nervi, a seaside neighborhood of Genoa, called — predictably — the Wolfsoniana. A former schoolhouse will house about 8,000 of his pieces, most made in Italy during the early 20th century. Until its formal opening, the warehouse will be open to scholars and students by appointment only.

“I’m interested in determining the influence of design on daily life,” says Wolfson. “I buy objects that tell a story.” With his handlebar mustache, a pink shirt under a green-and-black checked Nehru jacket, Wolfson is every bit a deliberate eccentric. He is also unafraid of the political significance of the works he owns.

Many of them — paintings, furniture, ceramics, books and even ordinary household objects — were crafted during the Mussolini regime, a period openly scorned in Italy until two decades ago. A major display of Fascist-era Futurism at the Coliseum in 1984 broke the ice. Though it provoked the ire of the then-powerful Communist Party (post-war legislation outlaws the formation of avowedly Fascist parties), the collection attracted tens of thousands of visitors intrigued by Italian accomplishments between the world wars. “Italians have very painful memories of the [Fascist] period and find it extremely difficult to talk about,” says Christopher Duggan, a professor of Italian History at Britain’s University of Reading.

Wolfson’s eclectic collection may help. It is a portal into a period of cultural and military authoritarianism that depended on nationalism.

Take a 1937 painting by Albino Siviero titled “Balilla.” It shows three members of Fascist youth organizations clad in the official black uniform and tie, surging forward with puffed out chests. Their rounded shoulders suggest the “M” in Mussolini. “From age 7 to 15 all girls and boys where obliged to participate in the youth army, which met Saturday mornings — the philosophy being to prepare the body for war and to fight,” says Matteo Fochessati, the curator of the collection.

Four brightly colored ceramic tiles made in the early 1930s by Corrado Cagli and Dante Baldelli depict central Fascist propaganda themes: the importance of discipline, hard work, and obedience. Cagli’s own story is more interesting. He was a Jewish artist who painted murals on public buildings under the Fascist regime. In the late 1930s, when Mussolini intensified his persecution of Jews, he fled to Paris, and later went to New York, where he became a U.S. citizen. He joined the U.S. Army, was involved in the 1944 Normandy landings, fought in Belgium and Germany, and witnessed the liberation of a Nazi concentration camp, according to Fochessati.

The collection includes dozens of household objects — locks and plates, even curtains and lamps — commonly used for propaganda. The mid-1930s Fonderie Fratelli Perani lamp, a bronze sculpture of a half naked man draped in fabric holding up the Fascist symbol of the “fasces” (bundled rods with an ax blade, a symbol of power that originated in ancient Rome), exemplifies popular Fascist iconography.

Italy was still a mostly rural nation when the innovations of the Industrial Revolution began to take root in the early 20th century. Modern machines, cars, and even street lamps changed the framework of ordinary lives and helped lay the foundations for the Futurist movement, launched in 1909 by the poet Filippo Tommaso Marinetti.

In a front page manifesto published in the Paris daily Le Figaro, Martinetti projected an Italian future that glorified speed, machines, and technology, as well as the brawn and violence that seemed part of the industrial character. The Futurists sought to rid the world of anything that wasn’t perceived as literally up to speed. Even pasta, at the time, was thought to be sluggish and passé. “The Futurists knew what to say to consciously provoke a reaction,” says Roberta Cremoncini, director of The Estorick Collection in London, which houses the largest collection of Futurist art in Britain. The group proposed burning down libraries and flooding museums (they didn’t do it) to demonstrate breaking with the past. Mussolini, an astute observer of trends, harnessed the intensity of the movement by encouraging projects that emphasized technological triumph.

The Futurist’s visual obsession with speed and machines includes a ceramic plate showing a speeding motorbike (“Motorcyclist plate,” 1932-34, by Romeo Bevilacqua), a painting of a bomber on an aerial mission in colonial Africa (“In Flight Above the Colonial Village ‘M. Bianchi,” 1938, by Renato Di Bosso) and a book made of tin in 1934 by Tullio d’Albisola, called “L’Anguria Lirica,” with illustrations by Bruno Munari. Considered among the Futurists’ most celebrated creations, the tin book was a perfect accessory for a Futurist man. It could be read, say, with an airplane engine roaring in the background.

The Wolfson collection vividly demonstrates how Marinetti’s ideas flourished under Mussolini. A longtime friend of the dictator, Marinetti wrote often about the glories of war, patriotism and militarism. His first manifesto contains a reference to war as “the world’s only hygiene.” He praises love of danger and violence, ridicules pacifists and the passive, and suggests that his followers admire the “symphonies of shrapnel.”

Not all the collection is so serious. Wolfson has salvaged eclectic bits and pieces from aristocratic homes, cruise ships and World Fairs. There’s a turn-of-the-century Art Nouveau room ensemble complete with chairs, tables, doors, carpets and wall paneling, all in near perfect condition, as well as a card table from an early 20th-century ocean liner, and a customs bench from an old Genoa maritime station.

Wolfson began collecting as a teenager. His father was a wealthy Miami entrepreneur whose holdings included a chain of movie theaters, a Coca-Cola bottling facility and the Miami Seaquarium. A public company, it was later bought by Kohlberg Kravis Roberts & Co for $1 billion. Long before collecting a sizeable inheritance at 45, Wolfson begun gathering every kind of souvenir as he traveled the world with his parents. He says, his “father and mother lived in fear and angst that they’d have to move out of their house” to make room for his acquisitions. He spent five years in the State Department, working in Washington, D.C., Miami, Turin and as vice-consul in Genoa between 1966 and 1971. He started his serious collecting after leaving diplomatic work.

At first, Wolfson bought only what appealed to him. It wasn’t until much later that he realized the value of his efforts. Still, he’s uncomfortable with the word “collector,” considering it too highbrow. He explains that many of the items he’s bought were items that others didn’t want. For example, while at a Bombay auction house, he purchased a painting depicting a statue of Mother India leading her country to independence from Britain. “Out of one billion people in that country, I was the only one who bid,” he says. “I remember the auctioneer being very embarrassed that no one in India wanted it.”

He kept his earliest possessions in a storage facility in Miami’s South Beach Art Deco district. As his purchases grew and his space expanded, the owner of the storage facility grew annoyed. At one point, the owner told him to purchase the property or leave. He bought it. It is now the main exhibition space of Wolfson’s first museum, the Wolfsonian. The bulk of this museum’s facility and the collection was donated to Florida International University in Miami in 1997 — the largest gift ever to a public university in Florida.

Wolfson’s Italian collection has been entrusted to the Fondazione Regionale Cristoforo Colombo, which organizes and supports cultural events in the Genoa region. Though the name Wolfsoniana may be jarring to some and awkward to others, there is little doubt that the project represents an ambitious artistic and philanthropic challenge for a country still sifting through the less appealing side of its recent history.

Since this report was published, the Wolfson collection was opened to the public.

About the Author: Sarah McCarthy