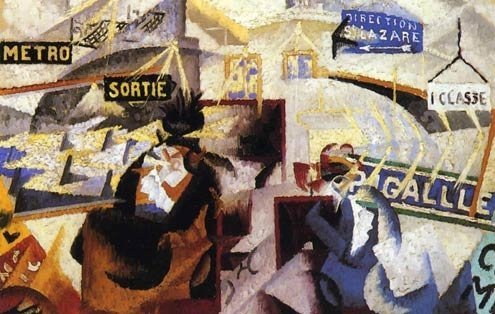 ell-off Italians can’t do without their adventures. Not the middle class, who generally limit their forays to cruises or trips to France, or the winter-tan nouveau rich, who flocks to Seychelles or the Maldives to keep up with the latest Joneses.

More upscale and comfortable Italians like Giorgio Missoni, the son of the famous fashion designer, spread themselves by rote, miniaturized, affluent versions of olden explorers. To them, Italy and old-school Europe isn’t enough, nor is any established capital.

They seek small planes and wilderness adventures as a means to make themselves remote from the too familiar, the too known, and the too conventional. Quietly, Italians climb Mount Everest or hike through rain forests and savannahs at their own peril. At a genetic level they still possess some of the energetic DNA advertise by the Futurist art movement of the early 20th-century, a movement driven by a wish to stay on the move, present, and at the center of some throbbing adventure. If the century Futurists focused their painting on urban settings, post-Fascist Italian citizens, their dreams of a dynamic new social order gone, regressed eagerly into the Machu Pichus of the world, place where they could absorb a sense of natural tension their birthplace couldn’t any longer stimulate, even imaginatively.

Not everyone has (or had) Missoni’s resources, the kind that permit a man to half-hire a private plane to deliver him, as well as family and friends, to the Venezuelan wilderness.

But that’s not the point. Look carefully at extreme records whether in climbing, trekking or diving, and you’ll find a host of Italians. Italians take chances with the natural world to offset a socially limiting country that exasperates risk-taking in daily life. With dreaming smothered, some Italians instead set their sights instead on the individual deliverance afforded by personal accomplishment. Which includes the chance to burrow into a jungle or an archipelago where tourists go at their own risk — luxuriously, yes, but with no assurance all will turn out as planned.

At nearly 60, Missoni still reveled in riding dirt-bikes, and with his wife traveled often to Caribbean coral reefs. Call it adventurous escapism.

For a country perceived as parochial, often rightly so, Italians yearn, and more than a few act on the yearning. Italian businessmen wander into Eastern Europe and Central Asia hoping for niches. They trek through China, a country seen as hostile to domestic businesses, hoping for cheaper deals but also fascinated by the idea of bartering and bargaining, which, unlike the Anglo-Saxon world, is still possible in wide-open Asia and represents a between-the-lines, Latin-like approach to making money.

Well-traveled Italians at times apologize for their chaotic, inconsistent country, a place where politics seem permanently uneasy and any sense of the linear corrupted. At the same time they cherish the chaotic and nonlinear side of Italian-ness. For some, touching base with underdeveloped destinations fulfills a bond to the rawness Italy exemplified until its 1950s boom.

Charitably minded Italians are active in NGOs throughout Africa and Asia, with of them many members of proto-Catholic organizations. Others simply want the chance to help the needy directly, which Italian bureaucracy circumvents. Italians operate more food kitchens globally than at home. Scan current events about aid worker kidnappings in hot spots and Italians often figure prominently. Italian journalists tend to travel into the abyss in a way matched only by the British, whose enduring sense of empire (and guilt) locks them into the world’s frayed fringes. Listen to the accents of CNN correspondents in the worst war zones and you’ll hear the British, the South African, and the Australian.

The Italians have a more minor colonial burden (Mussolini invaded Somalia, Ethiopia and Albania), but they nonetheless seek solace and a sense of resolve away from their bittersweet home.

True, fashion boss Missoni was no missionary, just a family manager with an international brand to his name and time on his hands. But the spirit of his adventure-gone-wrong is in the folds of the citizens of a country that realize for whatever reason won’t ever see Italy as enough. They long to return home to it, but first they need journey far afield, come what may.