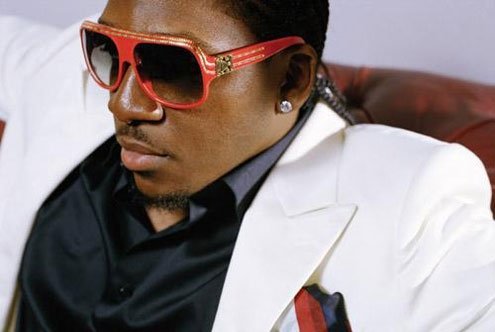 Where then to classify Terrence Thornton’s solo mixtape Fear of God (Self-released)? Surprising, worrying and inconclusive are the words that come to mind.

Thornton was best known by his stage name Pusha T during his run as half of the Virginia Beach rap duo the Clipse. Avatars of coke-rap, the Clipse were scrappy underdogs in critically and commercially dominant subset of the early 2000s. Pusha and brother Malice inciting one another — the gun talk was rich and wittily vicious — represented one of the great 1-2 punches of the decade. The Clipse stood apart because they were self-aware enough to acknowledge lacking a moral compass. The feeling they could go at any moment (“Tomorrow ain’t promised so we live for the moment”) drove them to rap better as they strove for “the top,” which they finally reached with 2009’s Till the Casket Drops.

But listening to a winner gloat about winning is a lot less interesting than hearing it from a contender. The hope was that Pusha would get back to doing what he did best: rapping about the grit of the daily hustle. Be careful what you wish for.

Fear of God, a free download, strolls through 13 songs in 39 minutes without ever really feeling like it’s gained much momentum. The beats are huge — blame Kanye West and the ever-increasing sphere of his G.O.O.D. Music orbit — and in many places sound polished (“My God,” “10 Raid”), which is inherently counterintuitive.

The point of a mixtape is to hone rhymesaying. Hunger is vital. You need to want it. The first half is strong (“My God” through “Cook it Down”) with Pusha at his best in “Money on My Mind,” a minimal dirty money beat. The second half is lackadaisical, as if Pusha and his posse shrugged through it. Sharp though he may be, Pusha T needs Malice, and we all need the Clipse.

A more promising note comes from the recent collaboration between Francisco Lopez and Maurizio Bianchi, two murky ambient noise pieces titled simply KRMN (Important). Both artists have plied this vein for more than two decades, so their teaming up is no surprise.

The album, we’re told unhelpfully, is “produced from the impartial de-oxidation of sonorous carbon-containing modular compounds.” Whatever the source material (created by the artists, it is explained), KRMN is interesting for its nuances.

Spaniard Lopez employs glacial shifts and low modulated scraps of white noise during “KRMN-FL,” a 35-minute piece that really starts to hit its stride after 20 minutes. Eventually, the grumble is transformed into an assaulting, high-pitched static that sounds like the ring in your ear after listening to something that’s too loud.

Bianchi then starts in with his immediately aggressive 44-minute half. The Milanese artist goes straight for a harsh, mechanized sound that keeps cutting out. Two distinct noises are audible, one a high-pitched helicopter sound, the other a deeper-pressure washer blast. The intervals between cutouts are never consistent and melody is virtually impossible to come by.

The reward of these unforgiving pieces is that they force you to hear the nuances of the recording, the subtle readjustments occurring somewhere below the surface. KRMN takes time to love, but return trips are easier once you do.

Speaking of return trips, few things make me as happy as the production credits of Alan Moulder and Flood, two guys responsible for some of the biggest alternative-rock albums of the 1990s, including epoch-defining stuff from PJ Harvey, Nine Inch Nails, and my great personal weakness, The Smashing Pumpkins.

The latter is an excellent point of reference for the duo’s latest work with New York’s The Pains of Being Pure at Heart on their latest release, Belong (Slumberland). The annoyingly named quintet earned accolades following a 2009 self-titled debut that recalled the early days of both C-86 (“The Field Mice”) and noise-pop (“The Jesus and Mary Chain”). Belong sounds every bit as experienced and composed as you’d expect from the Moulder and Flood team. Had it been released 20 years ago, the album would have put “The Pains ” on all magazine covers and radio play lists. Those days gone, the satisfaction of a job well done will have to do.

From the moment “Heaven’s Gonna Happen Now” kicks into fuzz-crunch overdrive, you know what you’re in for. Singer and guitarist Kip Berman’s breathy vocals never stray from the melody. It’s a pleasant but purposeful affair all around.

Flood and Moulder’s thumbprints are in the vocals, clear during verses, virtually unintelligible in choruses. Even with a New Order cop like “My Terrible Friend,” it’s well nigh impossible to hear the actual lyrics.

Intentional or not, it’s a good way to get people to listen over and over. Belong is a much more purposeful full-length than The Pains’ debut and a lot more enjoyable as a result. It’s fabulous spring sleeper with a bounty of beautiful songs.