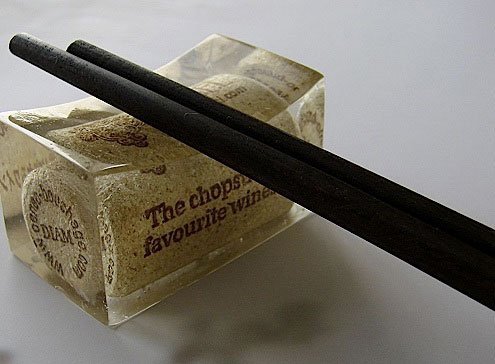 haos theory tells us a butterfly beating its wings in the Brazilian jungle can result in a hurricane devastating the Indonesian coast. Geopolitics shows us that when two towers go down in New York City, Middle Eastern restaurants see a decline in business.

“We opened six months before September 11 and when that happened, because people only saw the Arab name and didn’t look inside, we had a big drop in clients,” rued Al Taiar Jehad, the head chef and owner of the Aladino restaurant, a popular Milanese Syrian-Lebanese eatery.

It’s been a seesaw ever since, he added, with downturns at the start of the Iraq war, the attack on the Carabinieri headquarters in Nassyria, the terrorist bombing in Madrid, and — Italy being Italy — during major soccer games. “Our success is linked to the facts of life, that’s why we try hard to give our best and get our clients to come back.”

That seems to be a leitmotif of Milan’s ethnic restaurants: give a bit more than your Italian counterparts to win over a skeptical audience reared on spaghetti and pizza, and not eager to change.

But ethnic eats have an ace in the deck. They are generally inexpensive.

“It’s good cuisine and an excellent quality-price ratio,” said Surange Perera, the owner of Serendib, a high end Sri-Lankan eatery in the chichi Brera district. He’s been around, successfully, for 11 years.

Sri Lankan cuisine is a “more refined” version of Indian (“even Indians admit to that,” Perera said). Here, an ample menu sets you back €20 at most, which compares with the price of a pizza, beer and desert in the pricey Lombardy capital. “It’s always full.” (Which is why it’s wise to book early.)

“I put a little in and then if they want to add some more I give a little bowl on the side,” said Milla Negash of berbere, the stomach-searing seasoning composed of several spices typical of Ethiopian cuisine. Negash runs Selam, Milan’s only Ethiopian restaurant.

And if it isn’t a matter of spicy, it can be a matter of taste. Cumin may be very useful in absorbing the gas that chickpeas or fava beans produce, Jehad explained, but “many Italians don’t like it,” hence he uses condiments with care. He said that he’d gone for authenticity at first, “but once we saw that our clients didn’t like strong flavors, we toned it down, even though it’s still Mediterranean.”

The pampered European palate doesn’t know what it’s missing. Jehad, who was the head chef at the five-star Cham Palace hotel in Damascus and taught cooking in his native Syria and Paris, said that of the 120 basic tastes typical of the national cuisine, he had to whittle it down to the 15 to 20 that “are good for European tastes.”

So his antipasto roster that starts off the mandatory fixed-price menus served at Aladino on Thursday, Friday and Saturday (when belly-dancers provide entertainment) includes Middle Eastern standards like hummus, baba ghanoug and taboule, alongside perhaps less known dishes like labanh, a sort of creamed cheese, or muhammarah, a chili, red pepper and walnut cream.

Aladino is described as a “safe haven for lovers of Middle Eastern cooking” in “Pappa Mondo,” the Italian ethnic food equivalent to Zagat’s New York restaurant guide. “Pappa Mondo” does not comment on the quality of the food. “After all we’re journalists, not food critics. It’s not so much about giving reviews as opening the door to cuisine adventurers,” said Massimo Acanfora who has edited the guide through its eight editions. “It’s more of a census.”

It shows that the number of ethnic restaurants and takeaways has nearly doubled in Milan since 1995. Today the guide lists 220 restaurants and 600 takeaways, and that doesn’t even include the hundreds of Chinese eateries that have mushroomed in the past decade, “just too many to list,” said Acanfora.

“Pappa Mondo” also has Rome and Genoa editions. The guides are available in bookstores, but are also sold on the streets by immigrants who keep a portion of the proceeds.

Opening a restaurant in Italy was a dream shared by both Perera and Jehad (Negash’s father had an Eritrean restaurant in Milan) since they first arrived here (Perera in 1976, Jehad 12 years later). Both establishments have a well-attended look. Jehad proudly showed off hand-carved chairs with mother-of-pearl inlay that he’d just imported from Syria, while Perera showed off the brass oil lamps decorating the entrance to the restaurant.

These are family run establishments. With the exception of food giants like Spizzico, ethnic chain restaurants are virtually unknown in Italy. One nascent exception may be Parco, a Japanese restaurant opening its sixth outlet, and third in Milan. “We’re happy to be a rarity,” said Andrea Paolini, the manager of the original Parco restaurant. The name Parco comes from a character in the Japanese language.

Japanese sushi and sashimi chefs work in full view of clients, who nibble on California rolls during happy hour or while waiting to be seated. Paolini said that no concessions had been made for European palates. “This is a sushi bar.”

Parco also has Japanese clients. “Though they’re always the most difficult. They have their own ideas, their own philosophy,” he said, alluding to the very non-Japanese atmosphere of the place. “But they come back.”

At Selam, dinner clients tend to be Italian, but later into the night local Eritreans and Ethiopians congregate, many to gossip or discuss the day’s events. It makes for a very warm and welcoming atmosphere (the kitchen closes at midnight, a rarity in early-to-bed Milan). “By the time we’re finished cleaning up, we close around 2 a.m.,” said Negash. The restaurant is also open for lunch.

So is Aladino, though Jehad said that he had few lunchtime clients, since it takes at least two hours to savor everything. He hopes eventually to expand and include a pizza oven. “For Syrian pizza,” he told a perplexed visitor. Toppings for the Syrian version of the Italian specialty include meat marinated in tamarind, tomatoes, pine nuts and thyme. Another popular topping is lamb chops, likely as anathema to the proponents of DOC Neapolitan pizza as the American Ham and Pineapple version. “If I had more space, I think pizza would be the winning card of our cuisine,” Jehad said.