Metaphor in a mine 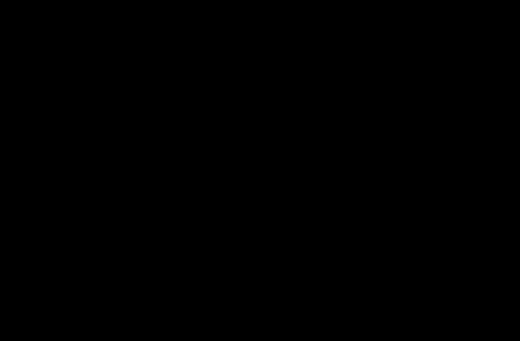 Deep down is brackish water, rails, a shovel, but nothing else.
T

he blind man entombed in the coal mine is not aware of his predicament, at least not precisely. He begins each day as he did the one before, by wondering where he is. He knows of course that something is quite wrong. He smells the dank air and walks down long pebbled corridors, supposing they might lead to an exit, or to something that is not the unknown. It is this effort to outsmart frustration that propels him. But he does not know how he came to be in this abyss — does not know how or why the seeing time came to an end.

His mind is a kaleidoscope that extrapolates visions from the scent of the labyrinth around him. He recalls the fetid metal odor of an elevator he rode in Paris as a child. He remembers also a train station amid greasy smells and guttural shouting. But those memories that he saw with his eyes, or thinks he did, he associates with sound. But now there is no sound.

His cerebral wanderings long ago outstripped those of men who are not blind, men who, it stands to reason, would soon fathom their entombment, and turn for comfort to despair. The blind man has no such recourse.

One day he finds a small ladder leaning against something made from wood. He tries to climb it because a ladder is not only a ladder, but a metaphor he has been trained to identify, through its climbing, as a means of action, if not repair or escape (did he not as a child use a ladder to secretly climb up to the roof?)

His mental wanderings long ago outstripped those of men who are not blind.

He feels wooden walls (a shed?) and seeks a window through which he can climb. He then seeks a door, or a knob, or some humanly tangible sign of entry and exit. At the moment he does not consider that he is many stories down in the ground, but merely outside something that will not allow him in.

Failing to find anything, he lets the ladder fall and rests. He sleeps and hopes, as he did when he still had sight, his dreams amply stocked with childhood memorabilia, including a boarded-up home with a “Do Not Enter” sign. He had always sought to transgress, but lacked the courage.

On another day, walking along a sooty path, he finds rails. Eureka! He blurts this to himself. I am outside, I am on a stopped train that will soon resume its journey. He is perhaps in a mountain tunnel.

Yet if that’s so, why no earthly sounds? Where are the passengers? Where is the train itself, which cannot be made from wood? No answer comes to him, so he continues to walk the rails, stopping only to sleep and to dream. As always, he dreams of landscapes and faces entirely at odds with the vacuum he now inhabits.

He comes upon a spade and an ax and amuses himself by swinging them into the earth or holding them up as if to brandish visible weapons against invisible enemies. He finds a bucket, kicks it around, reveling in the clang, then filling it with earth he cannot recognize as soot.

In so doing, and over time, he creates a world of his own, of ladders and spades, meanwhile growing skinnier and madder as his supply of provisions gradually dissipates along with his drinking water.

Another time, he steps into what seems to be a brook (he thinks he can hear the rushing of water) and lunges in to bathe his face and drink. But after this spasm, the aroma of the liquid turns sour, and he recoils. He hopes suddenly for the sound of a frog, like one in a marsh pond, but it does not come.

By then he has been in the entombed mine for many days. Any seeing miners would have long ago fallen prey to hopelessness, and begun to die of the interminable anxiety entombment causes in the seeing mind.

Not the blind man. He persists in his fruitless endeavors, considering them matters of routine importance until proven otherwise, and no such proof is forthcoming. So hope nags at him, as if hope itself, independent of the man, had acquired a personality desperate for salvation.

He hopes for the sound of a frog, but it does not come.

Weeks pass, and on many days the blind man sits stock still, persisting in his mind alone. Until one day a rescue party actually penetrates the outer layer of the sealed tunnel, its few members shouting as loudly as they can. But the blind man, lost in reverie, hears none of this. It is too far away. Or in a dream.

His only hope is to sense, if not perceive, the fiercely bright floodlight at the end of the tunnel, a metaphor become literal and within his grasp.

He does sense something, and all at once rises from his niche, believing that something new might be stirring, and squints, as if squinting could make an impression on his dead orbs.

What he doesn’t think to do is speak. He long ago gave that up, having tired of his own echo.

Still, he rises, plunging forward. He even breaks into something like a saunter, as if to say now or never. The run is determined, he is sure of this. It is the run of someone alive.

But it is also in the opposite direction from the light. Further and further in the wrong direction, almost passionately so, until he must pause for breath.

And by then the rescuers with their floodlight at the end of the tunnel have decided that all is lost in this place. The men here must be gone, or in another corridor. They do not for an instant consider the possibility of an entombed blind man.

And the blind man goes on living in his dreams, occasionally climbing the same ladder, until even dreams lose contact with hope, and hope with the mind.

— The author suffers from glaucoma and has lost 90 percent of his vision.