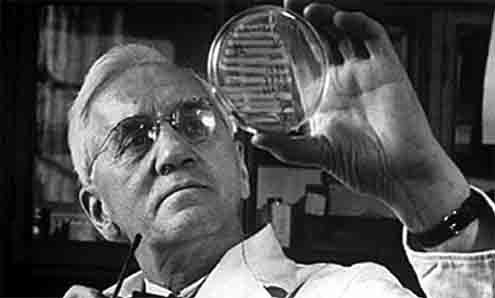 y computer is on a desk in a short hallway that leads from my living room to the kitchen. I like working there. I can keep an eye on dinner or a cake in the oven. I don’t feel isolated. I have another desk for paperwork, drawing or other kinds of projects.

The computer desk is a small one and teems with debris. In sight is a cookbook. Under it is the discarded tag of the new trolley I bought to haul my books to work. There are two ballpoint pens I don’t want to throw away in hopes I can revive them (hope dies last) and an empty bank envelope with a short list of things to do. Let’s not forget my address book, a ruler (in inches and centimeters), and at least two other to-do lists. You get the picture.

If I have a big project, I clear the second desk, plowing my way through piled-up strata like an archeologist digging through the layered remains of Troy. I then get to work and eventually end up creating new piles. I need to see everything spread out. I can’t think in the linear terms necessary to do my work on a computer screen. Only when I have a final outline, usually after hours of prep work, do I bring it to the computer to type it out.

Most of my childhood teachers insisted on neatness. They graded down papers based on how many scratch-outs and rewritings, or on how many messy fingerprints you left on the page. One particularly meddlesome and mean middle school teacher used to say “messy notebook, messy mind.”

I knew from the start she was wrong, but couldn’t prove it until a couple of years later. That’s when I was finally able to back up my belief that good thinking can sometime involves quite a lot of mess.

At age 12, I decided I wanted to be a doctor. Never mind that in 1962 everyone told me, “You can’t be a doctor! You’re a girl!” I read biographies with titles like “The First Woman Doctor” and “The First Woman Surgeon.” I also studied medical figures whose ideas saved millions of lives.

Hungarian Ignaz Semmelweiss changed medical history just by telling mid-19th century obstetricians to wash their hands before procedures. Until then, doctors had often gone directly from the dissecting room to childbirth room unaware they were carrying all manner of germs. In 1819, French physician René Laennec invented the ungainly stethoscope, which was much derided until it came into common use. One of my favorite stories was about how Scottish biologist Alexander Fleming and discovered penicillin.. No matter how romanticized it was — probably for kids — the account I read in my early teens was inspiring. The official version is that he forgot to wash out some petri dishes when he left on vacation. When he returned, he found them full of molds. Amazingly, the mold had destroyed some of the most infectious cultures.

The kids’ version was much funnier. It said that sometimes Fleming would work late in his basement workroom and his wife would bring down his supper. One day he was rifling under mounds of papers and books and found a dish with the uneaten remains of last month’s supper — a few boiled potatoes covered in molds.

He’d been working on trying to discover an anti-bacterial agent he could use to treat infections. Sterilization already existed, thanks to Louis Pasteur, but, as my book said, “you can’t boil the patient!” Fleming noticed that among the round overlapping colored molds, one stood separate, with a ring of white around it, cutting through the others a certain distance from the green one. He investigated the substance released by the green mold and isolated it, refining the drug penicillin.

Some people are distracted by messiness and can’t think well without order around them. Others are inspired by the mess itself, and look to its component parts for inspiration.

As I look around my desk, with its assortment of debris — a reflection, no doubt, of my messy mind — I wonder what I might discover. I doubt I’d uncover much, and certainly no cure for a disease. Yet all these years later, Fleming’s heroically messy story still comforts me, and my unruly desks are here to stay.