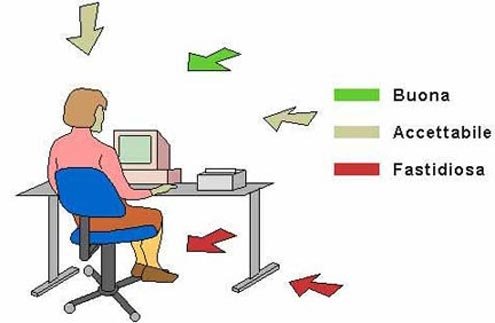 he other day, I faced a dilemma. My reserved seat on the train was exposed to a corrente, or freezing draft. My inner American told me to stay put; an assigned seat was where I had to stay. My inner Italian said: “Who cares about the reservation. Get out of the draft.” End result: As soon as I found a non-drafty empty seat, I took it.

My inner Italian prevails in enough of these dilemmas that a male friend from Naples says I’ve become a “Meridional Woman,” a woman of Italy’s south, its meridione. Here then is Meridional Woman in action.

Though spring has sprung, I still wear a wool cap on the drafty train. In the cold Midwest where I grew up, I never wore a hat, except to ski. And I certainly never thought much about wool. Since living in Italy, I’ve become a bit of a wool connoisseur. I have several wool caps, many pairs of wool socks, and even a pair of long-underwear. They’re not a maglie di salute, Italy’s obligatory woolen undershirt, but pretty close.

Meridional Woman is not only about warm clothing. In fact my entire relationship with the cold is now decidedly southern Italian. As mentioned above, there’s the draft thing, especially with ankles. In the United States I ask for water without ice. American air-conditioning has become intolerable, so I wear a light sweater all summer long. While I don’t believe — yet — that abrupt temperature changes are as deadly as the Ebola virus, it’s better not to tempt fate, right?

My driving habits have headed south too. My mother’s knuckles would go white whenever I was behind the wheel during visits home. Didn’t I know that U-turns are illegal in the U.S.? Was it really necessary to honk? She did admire my newly acquired parallel parking skill, but with reservations. “Those yellow lines,” she pointed out, “are meant for one car, not two.”

Foreigners often come to Italy seeking a slower lifestyle. But some things in Italy move far faster than in America, such as the autostrada. This is easy to forget on U.S. highways, and I have tickets to prove it. Italians ski faster too. In the Dolomites, I’m the slowpoke, but in Maine, the Ski Patrol tried to confiscate my lift ticket.

Then come my eating habits. I used to laugh at the concept of foods that are pesanti. Americans understand “heavy” in terms of a hearty beef stew being inappropriate in July. But they don’t see why some vegetables, such as peppers and cucumbers, which are widely considered by Italians to be indigestible, are “heavier” than others.

My American friends think I’m Miss Priss because I use separate plates for primo and insalata and eat them in succession like the separate first and salad courses they are. They tend to heap pasta and salad on the same plate and even eat them in the same forkful. If I follow up my two neatly segregated courses with fruit that’s eaten with a knife and fork they roll their eyes. I’ve really gone native.

Recently, a broken bone forced me to walk with a cane, which in Italy granted me honorary nonna-hood. A cane is sort of a Meridional Get-out-of jail-free card. I can jaywalk anytime — and very slowly. It gives me unlimited license to discuss my ailments (and heavy food) with strangers, particularly on the tram. The cane also permits free rein on inducing guilt and whining to children, not to mention the right to elbow my way forward whenever I damn please.

But these new habits are not what most delight my Neapolitan friend, the one who christened me Meridional Woman. As far as he’s concerned, they’re what everyone does, right? What really amuses him is when I betray moral characteristics considered the hallmark of my WASP or Mid-western heritage. I don’t always ask for a tax receipt in a restaurant. I sometimes show up late. I’ve even been known to pay for things off the books. Sometimes, if I’m too lazy to buy a bus ticket, I count on poor policing.

No one will ever really mistake me for an Italian, much less a southern Italian woman. Too much in me is immune to Italian influence; not least a tendency to collect complex men like my friend, who, it is worth noting, is the consummate Meridional Man.