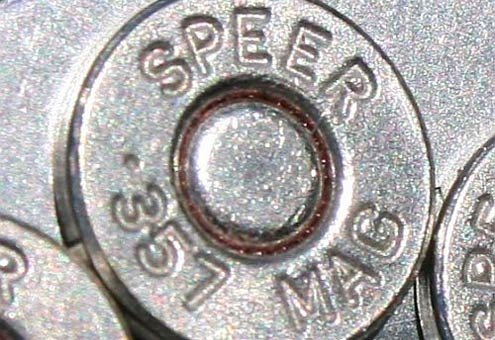 An American boyhood can include guns
I

was around 10-years-old when my mother remarried. Her new husband brought with him three things I remember: a daughter from a disastrous first marriage, a killer recipe for fried oysters, and a .357 Magnum handgun.

It wasn’t long before he was taking me to local shooting ranges on the weekend. I remember the thrill of holding my first pistol and the adrenaline of the kickback as I shot away at moving targets.

I enjoyed the tight grip of the ear protection around my skull. It made me feel good when he complimented me on my skill. “You’re a pretty good shot for a kid!”

Going shooting was something I looked forward to. It was different than baseball or basketball and I was still too young to associate it with the lifestyle choices of those I would later refer to as “white trash.” But there I was, a 10-year-old living in a John Waters movie.

It didn’t stop with skeet shooting and target practice, though. In time, my stepfather turned the basement of our home into a bullet-making laboratory.

He showed me how to make bullets by hand. He kept rows and rows of them in his little cubicle. In hindsight, I can’t believe we lived with even modest quantities of gunpowder stored beneath the kitchen.

This scenario seems incredible to me now, and not just because of the horrific school shooting in Sandy Hook, though I admit it triggered my memory and encouraged me to take inventory of my brief experience as a novice sharpshooter.

As a child I had plenty of guns as toys. I had cap guns, laser guns and a toy rifle. I was in awe of the kid down the street who had a BB gun. I also had a modest collection of throwing stars, a pair of Nunchuks, and relentlessly pestered my mother to let me get a ninja sword (she refused). In the mid-1980s ninjas stood for sophisticated violence.

I admit the weaponry held a certain fascination. There was nothing more exciting than peering into a friend’s father’s locked gun cabinet stocked with rifles in much the same way a golf bag is stocked with clubs. None of it ever seemed dangerous or even questionable. It was all part of growing up as an American boy.

It wasn’t a question of being a hick, a hillbilly or “white trash.” It wasn’t a pastime for the mentally unstable. Domestic weaponry was a part of the landscape of an American childhood. It still is.

Now that I’m a parent I’ve grown sensitive to play violence. It’s begun to disturb me. When I see eight-year-old boys shooting each other with pretend guns at a birthday party I grin knowingly, but when those same plastic weapons are pointed at my two-year- old daughter Melissa I react furiously. “Non lo fare mai più, okay? Non è uno scherzo.” (Don’t ever do that again, okay? It’s not funny.)

It’s there even in a film like “Toy Story.” The opening sequence offers up a showdown between Mr. Potatohead and Sheriff Woody. Co-protagonist Buzz Lightyear has a deadly laser beam (which never actually works). The sadistic boy next door has fun blowing up toy soldiers with firecrackers.

And this is Disney.

Violence is so ingrained in our culture that we hardly notice it. I built a robot out of Legos for Melissa the other night. By simply adding a longer piece to one of the arms I created a kind of bazooka extension. Without breaking stride I began blasting away at the dolls on the couch, complete with a suite of Atari-era sound effects. “Take that, Candy! Whiz! Boom!”

My intention isn’t to segue into lukewarm moralizing about gun control or offer a homily for the victims of domestic gun violence. I only wish to reflect on the fact that many — perhaps most — of us have a tendency to play at violence. Perhaps it’s atavistic. The upside is that most of the time no one gets hurt. (“You’ll poke your eye out!”) Then there’s the downside.

I’m uncomfortable with violence. I dislike gun culture. I see no sense in arming everyone in society in order to prevent atrocities such as Sandy Hook in 2012, Oslo in 2011 or Beslan in 2004 (to name just a few). But at the same time I can’t ignore my own brushes with the dark side of the Second Amendment.