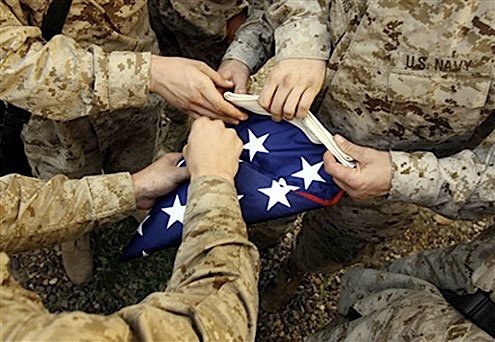 Iraq has been liberated into civil war, a pedestrian irony but an irony nonetheless.
I

t is demoralizing to hear about: the roadside bombs; the dead journalists; the kaleidoscopic detritus of military nobility gone awry, of great aims halted or jarred.

The Iraq war no longer fits policy’s rational analysis — something with a beginning, middle, and means to an end. It is instead closer to a lament. When an American president and a British prime minister appear together and speak gingerly of mistakes — inconceivable two years ago — it’s clear the glue is melting.

Kimberly Dozier, a veteran television reporter whose legs were pulverized by a roadside bomb, elicited a moan from columnist Maureen Dowd in The New York Times: “Journalists die and we know who they are. We know they liked to cook and play Scrabble. But we don’t know who killed them, and their killers will never be brought to justice. The enemy has no face, just a finger on a detonator.”

Intellectual admonishment is also rife: unless religious communities negotiate, writes Fareed Zakaria, “Iraq will continue down its slide into violence, ethnic cleansing and Balkanization… It will be Lebanon in the 1980s, except that 130,000 American troops will be in the middle of it all.”

Lebanon is a dirty word.

Starting in the mid-1970s, Muslim and Christian militias — one sponsored openly by Syria, the other tacitly by Israel — sullied the city for two decades. When Israel invaded Lebanon in 1983, allegedly to neutralize terrorist staging areas, the enmity was refueled one hate at a time. Outside fixers, including the U.S. and the UN, were burned in the larger rubble.

Iraq’s own ample rubble, fallout from competing Muslims sects and anti-invasion opportunists, is more appetizing to subversives and criminals than even south Lebanon of the 80s. Rogue players, selfishly impeded by Saddam Hussein, now have a venue in which to improvise grudges: Shia Muslims spear rival Sunnis and rationalize the bleeding by citing the presence of a hostile outsider.

Detonators matter over faces because few faces last. Everyone who matters dies, or can.

Iraq has been liberated into civil war, a pedestrian irony but an irony nonetheless. An arguably unnecessary war, waged against the deplorable, has exposed the controlling logic of the deplored: which was to contain a sectarian hydra.

Saddam apologists have the proof they crave, little good it does them or anyone else. The tyrant raged in his private tinderbox but knew to keep the larger lid closed. The American foreign policy of Containment, dominant before September 11 and reviled after, kept order based on recognizing (not always accurately) which lid to open, which to leave alone. It also recognized the fallacy of winnable wars.

The fallacy has resurfaced, regrettably, in Iraq, where a regime was mistaken for a nation and Diaspora opposition assumed abstractly to guarantee a future peace. The regime ousted, the nation was asked to step forward. But the nation was founded on the regime, not the Diaspora; freed from coerced limbo, its angry pieces quickly imitated what they knew, the tactics of repression, and what was before them, the military brawn of an occupying power.

Tyrants build nations around personality, nationalism, and civil repression. If a popular uprising topples the tyrant, its leaders generally honor their success by insisting on order: they are, after all, the new champions. They seek to establish themselves, even cruelly. But if an outsider forcibly removes the tyrant, the purge mutates, raging against both against the outsider and a perception of impotence. Reflex anger based on loss of face is irrational but predictable. The fight is not only to expel the intruder but to reassert potency. In a nation with sectarian fault lines, this raw paradox could have been foreseen but was not, a failure of cultural arrogance and political limitation.

Dowd is correct. The killers of the many, Americans and Iraqi, will not be brought to justice. Lamentable perhaps. At the same time, few nations begin rebuilding themselves before fighting hard, and fewer still stop fighting while occupied. The United States faced a civil war 80 years after its original unity. Bloodshed is a growing pain. Until policy makers acknowledge the Iraqi dilemma in terms of indigenous nation building — many kinds of rage and resentment given their first free airing — they will persist in believing that only barbarians are capable of such reprobate.

Like the barbarians of Saxon England, Norman France, and the federal riders who once set out to purify frontiers against Apache, Comanche, and Sioux.