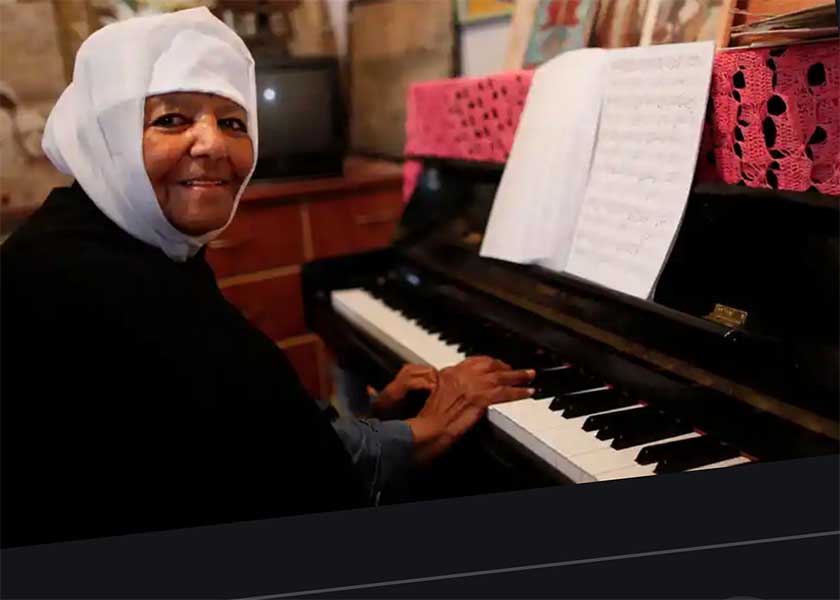 lthough I’ve probably been to the United States close to twenty times, if not more, and though I’m a U.S. citizen, I can’t profess to ever having lived there for more than six months at any one time — and that was when I was six months old. Which makes it hard to account for a strange but distinct feeling of homesick for a place I can in no practical way call home. To my mind, what I’m feeling is closer to old school nostalgia, and it’s been riddling me for weeks now. These days, my life and schooling are based in my small town Normandy home as France endures another lockdown, this one expected to run through May 4. Truth be told, France has been more or less under lockdown for a year.

But I’m not writing this to indulge in self-pity. It’s been a hard, sad year for hundreds of millions of people.

Toward the beginning of the Easter break, I got a phone call from my older cousin in New York City. He’s a teacher and our chat was pleasant, not only because of the range of topics we covered but because it’s become rare to talk to any American who doesn’t somehow introduce Pfizer, Moderna, or Johnson & Johnson into any given conversation, making them like verbal ants that swarm your otherwise pleasing picnic.

What I’m feeling is closer to old school nostalgia, and it’s been riddling me for weeks now.

In fact it’s gotten to the point that whenever I hear an American say, “I’m amazed at how fast we’ve been with the vaccine roll-out,” a “we” intended to pay homage to American efficiency, I feel like shouting, “Don’t rub it in.”

Ironically, these vaccines, intended to bring people back together, have in some ways driven them further apart. American pride, which is justifiable up to a point, has actually created a new kind of rift that didn’t exist before the virus struck. It was Donald Trump, thankfully gone, who emphasized “America First,” but the post-Trump crowing about vaccine success comes close to having the same too-loud effect.

It’s not that I want to mention this, it’s that I’d be remiss if I didn’t. I mention the rift because it needs to be mentioned so why not by someone who feels he’s homesick?

In seeking refuge from the “mighty vaccinator” storm, I found it, not unexpectedly, in music, which has come to my assistance many times over the last 12 months.

But the source of solace this time is unusual. She is Emahoy Tsegué-Maryam Guèbrou, an Ethiopian nun whose collection of solo piano compositions was issued on the Ethiopiques label in long ago 1963.

I’m putting it on now, while writing. Click. The song I’m drawn to has an appropriately titled “Homesickness.”

Thanks to Spotify, I discovered Guèbrou’s music in the middle of the first French lockdown last spring. This gifted musician and humanitarian, who was dubbed the Honky Tonk Nun for her rhythmically complex style and her vocation, was exiled from her native country with her family during the Second Italo-Ethiopian war, a conflict that one could forget all too easily, considering it began in 1935, ended in 1937, just after the highly-publicized Spanish Civil War and two years before the start of World War II. Yet this “minor” colonial war caused close to 400,000 casualties, with the Mussolini regime accused of war crimes that were soon lost to greater ones. There is empathy in this deceptively simple, repetitive piece, and I enter into a spiritual dialogue with an individual whose life was uprooted, but who found God by entering Holy Orders, and music.

There is empathy in this music, and I enter into a spiritual dialogue with an individual whose life was uprooted.

The nun’s fingers glide through the tezeta melody (tezeta being Amharic for “longing” or “nostalgia”). For whatever reason, these musical ripples remind me of those by the bay in Fair Harbor, Fire Island, or of the Central Park Reservoir, or of the wind blowing through trees in the Abbey of Regina Laudis in Connecticut, which has for years been a place of spiritual shelter for my family.

I can’t say that this unusual sense of homesickness evaporates just listening to a piece of the same name. But at least warmth is provided, and what can be more comforting than warmth from an unexpected place?

Emahoy Tsegué-Maryam Guèbrou is close to 100 years old now, and for decades she has been out of a limelight that wasn’t so strong to begin with (although she has been involved in human rights causes for children both in Africa and in the Washington, D.C. area). One of her only public appearances in recent years was at D.C.’s Jewish Community Center in July 2008.

A few months prior to that, I had turned three and a month after Guèbrou’s appearance, I moved here, to Normandy, with my American mother.

The music has been there all along. And now it comes to my aid, to help me understand the beauty of what it represents, and to come closer to understanding what I am missing.