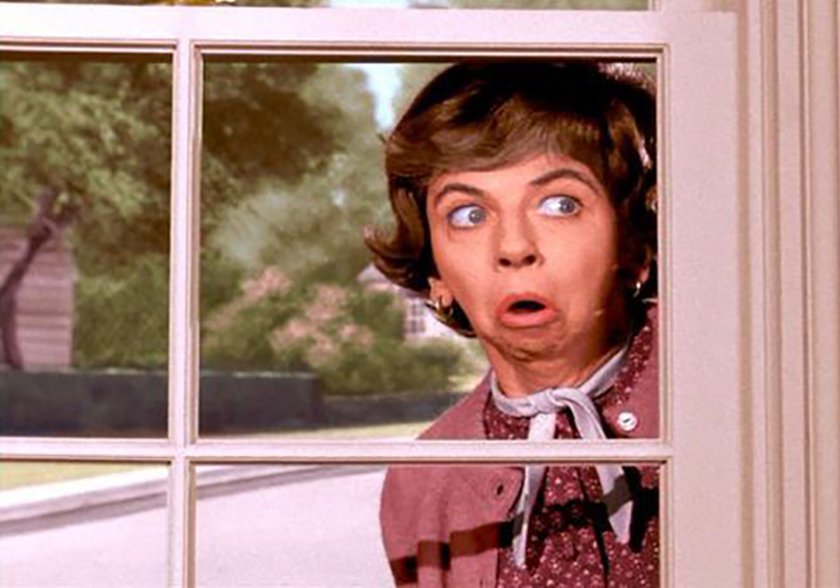 ey, I found your nose. It was sticking in my business. Those of us old enough to remember the 1960s American TV series “Bewitched” will probably also remember Gladys Kravitz, the endearingly nosey neighbor played by Alice Pearce.

TV’s memory lane aside, most of us have at some point had a Gladys Kravitz as a neighbour, someone who can’t help but snoop into everyone else’s business.

The apartment complex I live in in Milan is composed of three six-floor condominium buildings with a common garden and gate entrance. My husband Alberto and I are very familiar to the other residents for at least three reasons. First, our balcony is filled with flowering plants and bushes. Our less flower loving neighbor’s balcony pales in comparison. Second, Alberto is a doctor, and in a building full of elderly people, and in these times, you can bet they keep an eye on the comings and goings of the local doctor. Finally, we are the gay couple, and although most of our neighbors are friendly, I’m sure many of them regard us as an oddity.

I told my daughter that the man he married is called his wife.

Ellaria, a woman in her late forties, lives directly across from us and one floor up. We often catch her staring out her window, especially when we’re together on our balcony. We also often run into her in the garden. We always wave and greet her with a friendly hello.

The other morning we ran into her walking back from the local coffee bar. “Oh, listen,” said Ellaria, “You guys can help me with an argument I was having with my daughter.”

“What about?” Alberto asked.

“You know Tiziano Ferro [an important Italian singer]. He’s gay, and he just got married to a man.”

I told her I knew this, but already had a sense of what was coming next.

Ellaria continued, “I told my daughter that the man he married is called his wife (moglie) and my daughter told me I was wrong, he is his husband (marito).”

Was she trying to be clever or just stupid, I thought to myself.

Both Alberto and I pasted on our neighborly smiles and told her, in the most understanding and polite of ways, that, in fact, the man he married was referred to as his husband, the same term his husband would use to use to describe him. They might also use the generic term, partner. But wife was not in the picture.

Still, she grew defensive. “Well, of course I don’t mean it as an insult when I called him his wife. I have lots of gay friends.”

We both assured her that no offense was taken and that we didn’t mind her asking a sincere question about gay life and marriage.

As we entered our building, I finally spoke my mind to Alberto. “I suspect she made the whole story up.”

Two days later, we ran into Ellaria in the garden again, where she very excitedly told us about the other two gay couples who lived in the complex. “But of course, you probably know them.”

We shook our heads no.

“Well then, I must plan a party on my terrace and invite all the gay couples in the complex.”

I told her that was a fine idea, knowing it likely wouldn’t happen and that if it did it would be a tiny party. I honestly didn’t know what else to tell her.

Then, of course, the virus came along and all such plans withered.

“Yup,” I told Alberto when we were out of earshot, “the whole complex is now crawling with homosexuals.”

Our neighbor Ellaria may just be the curious and nosey type, but too often she’s creepy. While her gay soiree isn’t likely to come off, I have no doubt she’ll continue staring at us from across the courtyard, while keeping a close eye on our comings and goings. As for what goes on in Ellaria’s little private world, or what fantasies she may be incubating, I’d prefer not to know.