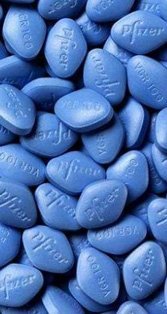 alk into America unannounced and drugs become you — literally. You can fix blood pressure, erectile “dysfunction,” heart disease, heartburn; you can repair bladders, strokes, sleeplessness, and even tune out the abyss. The ads and their biblical disclaimers lay siege to an aging public intrigued by what might kill them.

Medicine hawking (“for all that ails you”) isn’t novel, though no affluent nation shops its “meds” with such slick gusto, and none pockets so much revenue for its troubles.

Which leads to European head-shaking.

But the drug onslaught has its logic: sound body, sound mind, strong marketing; everyone wins.

At another level, however, the ads pry. And that’s the rub.

Public discretion, a mix of prudishness and shy chic, has dropped off the map. George W. Bush’s pathologically loud but inarticulate presidency hasn’t helped. The war in Iraq is a mediocre distraction. And only hyperbole best captures it.

How old-school liberalism fits into this is anyone’s guess. Liberalism is collective. First-person culture isn’t. It’s hard to imagine a Democrat sorting out the pieces.

Europe snarls partly out of envy. How can the crass be so successful?

Sure, Italy promotes tastelessness (mostly on television), but also stages debates (on television and elsewhere) to lament decay and point fingers (usually at the United States).

Credit Europe for maintaining a capacity for embarrassment, an awareness of the ridiculous.

And that’s the crux of America .07. It’s deeply and abjectly public. It mistrusts privacy, or mistakes privacy for sinister concealment. The nation’s bathroom door is casually ajar. To demand it closed makes you effeminate, elitist, or an incipient anti-democrat. America is the first free society to unabashedly put incontinence ahead of intellect, sentimentalism before sensibility. Prosperous or impressionable, Americans are home with oozy basics (low-carb, please).

Online dating is customized natural selection based on public norms; video games offer surrogate realism that’s anti-social but self-sustaining. Blogs, MySpace, and YouTube, the tamest of democracy’s online explorations, merge eloquence and voyeurism to a point where the civilization of distinction — the heart of art and critical thinking — is irrelevant.

Make participatory insight and gossip interchangeable and worth is defined only by public success. Eccentricity is out because it lacks such success’ credentials. Institutional authority provides security, so you defer to it. A good body is desired and desireable, so the gym is the new library. Health slows mortality, so you work to get its statistical approval. Slick promotions, breaking news, and the deified life of celebrities vie for attention, so you respond only to the known world, and even then in spurts.

The young are so adrift in choices and bereft of verbal skill that they struggle to identify priorities outside family ties, spiritual preferences, and personal relationships. If those ties falter, they defer, sulk, or demand help. Therapists and life coaches thrive. As do drug manufacturers and frontier gangs.

Apologists are few but apologies many. Loyalty isn’t half-as-necessary as drafting an exit strategy from whatever might impose itself.

This in turn affects (no, “impacts”) the psyche of remorse. Bush loathers, for example, sent mass emails to European addresses that said, in effect: don’t blame us, we didn’t vote for him. Not our fault, not our America, they insisted.

But this is not regret. Regret suggest accountability. It’s housecleaning mischief.

All that said, the United States still nourishes the most daring liberalism of all, that of taking chances, and sometimes not for the better. Even the most extreme Republican is a liberal when it comes to stubbornness.

A culture that relishes the many jargons of promotion and makes up its own folklore without assistance from manners may be unsavory but unseats neither freedom nor democracy — there’s plenty enough of both to go around.

Instead, it vaguely mimics the 1920s, in which the novelty of capital and markets, industries and entertainments, short attention spans and raw booze, made culture into strip poker and the social enterprise into a business venture. Then came The Depression. No pill fixed that anxiety. Humiliation vindicated modesty. Manners arose from despair.

Anti-terrorism is no Depression. It’s a domestic bubble that ensures the lowbrow. It diminishes eccentricity, preys on the timid and anxious, rationalizes panic attacks, and helps sell drugs.

At some point though, the sweaty American dressing room, with its Spartan ethics and needy glands, may again rummage for shirt and tie. It may require players who know history, study foreign languages, dispense with gurgling the all-purpose “awesome” and “cool,” and can match wits with those unimpressed by the poorly used sword. Not for the sake of national elitism, mind you, but to learn to talk to those who for now discern only gibberish in our rich barking, taking us for brawny, good-natured salesmen, but little else.