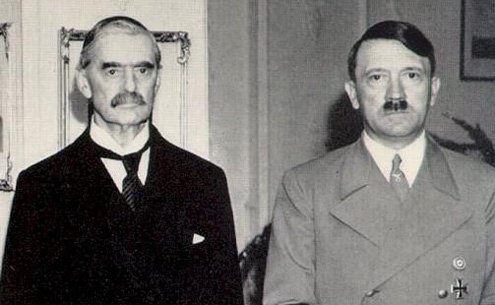 he conflict between Barack Obama and the reigning American political establishment over global power represents a fundamental rift that goes well beyond campaign rhetoric.

Beginning soon after Sept. 11, 2001, the United States adopted playground conflict as a model. In foreign policy, diplomacy was abandoned for action. At home, pioneer vigilance was re-proposed. Safety was simplified into childlike colors. What wasn’t of the motherland was disparaged as potentially unsafe or in need of redress. A menace matrix emerged and flourished. Challenging it represented a weakness that became known as appeasement.

Democratic presidential candidate John Kerry got a taste of the tangled pre-enlightenment when he recommended, quite calmly, that global terrorism be stripped of its hysterical Mafia-style mystique. He suggested moving it from the ideological and religious realm into the criminal. The Bush Administration immediately mocked the position as naïve and (of course) a byproduct of appeasement. The terrorist portrait as mandated by the matrix demanded that it remain the primitivist sum of impalpable grievances, an alien aggregate serving at the behest of catch-all paranoia.

Actual appeasement, Neville Chamberlain’s “peace in our time” indulgence of Adolph Hitler, was far more rational, in essence an ill-conceived strategy intended to forge détente with Nazi Germany. It was shameless diplomacy but diplomacy nonetheless. Had Hitler stopped, as he promised, with Czechoslovakia, history might have defined Munich in different terms.

When George W. Bush warned that an unnamed “some” might “negotiate with terrorists and radicals,” he was less committed to specifics than to protecting the matrix. Rationalism stands to undermine dozens of months of foreign policy simplification.

Hillary Clinton is less unsettling to the grid-makers. She embraced the matrix months ago by threatening Iran. If Iran attacked Israel she would bomb it, she said. She pledged herself to the school she knows.

Obama has so far refused this course. His much-cited unwillingness to wear an American flag pin suggests a resistance to national branding. It is a remarkable assertion in a time of extreme conformity. To some, however, it undermines the only patriotism they know. It also exposes him to extreme scrutiny when it comes to the fist-first foreign policy that has become the norm.

Alarmed, Brooks actually phoned Obama. The question wasn’t his intelligence but “whether he’s seasoned and tough enough to deal with implacable enemies.” The call helped — “Apparently, he’s part Harry Hopkins and part James Baker,” Brooks concluded. FDR advisor Harry Hopkins was an avowed internationalist who acted as a liaison between Europe and Roosevelt — he supported war against Hitler — while Baker was a Reagan advisor and secretary of state under Bush senior, a stern but reasonable broker.

Putting Obama in such company is flattering. And Obama will need such flattery from conservative pundits. In 1992, Times columnist William Safire, a longstanding Republican disenchanted with the elder George Bush, advised readers to “hold their nose” and vote Bill Clinton.

But threat matrix mentality still looms over all the candidates. The United States is not only at war but conditioned to hostility, which in turn spills over into the national arena. Seven years of alerts affect the unconscious mind, flattering polarities. Diplomacy, by contrast, is a realist’s game. It’s dealing with hysterics through chess.

Economically-troubled America may have little interest in such subtleties. Disingenuous — the word Obama used to ward off Bush’s comments — is hardly a daily word. Nor is Damascus a locatable place. What people know of the world is conditioned by bullies and suicide bombers. Mismanage the response to the bullying and you get Iraq. But that alone does not dismantle the matrix.

Making insight offset ignorance, simplification and xenophobia is daunting. Fear-mongering is appeasement in reverse (incompetent militancy peddled in incompetent peace’s stead) and the Bush Administration has had most of a decade to refine the selling.

Should he be chosen, Obama will face a long mile to the promised land, every inch of it mined.