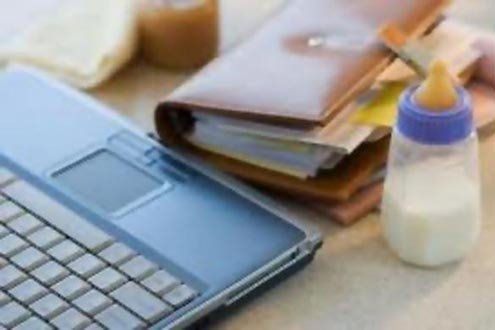 While the Anglo-Saxon approach puts a premium on working mothers, the Latin one focuses on health and family unity.
F

ear is a great motivator. It inspires us to do things we might not otherwise do, for good and bad.

Fear was what drove a young southern Italy woman in desperate in need of a job to reluctantly sign a dimissione in bianco, an undated resignation letter, in exchange for an office manager job. The goal of the letter, to be kept on file, would be to force her “resignation” in the event she became pregnant. That’s exactly what happened two years later. But the pre-arranged resignation had another effect: It disqualified her from receiving unemployment benefits.

The dimissione in bianco is a classic ruse used by an estimated 15 percent of Italian employers to get around some of Europe’s most generous laws when it comes to protecting pregnant women in the labor force. In Italy, a woman employee cannot be dismissed during pregnancy or in the year after she’s given birth.

While pregnant, she is also entitled to personal time during the workday for prenatal and clinical examinations. Most importantly she is eligible for five months of obligatory maternity leave, with one or two months before childbirth and the balance after. During this period, she receives 80 percent of her salary from INPS (Istituto Nazionale della Previdenza Sociale), the equivalent of the U.S. Social Security Administration. Depending on her contract, the other 20 percent may be paid by her employer.

The coverage doesn’t end there. Following the obligatory leave, a woman may choose to stay at home for an additional six months and receive 30 percent of her salary without losing her position or seniority. Furthermore, throughout the first year of her child’s life, she may leave work twice a day to nurse, and if necessary care for an infant who is ill, using her own sick leave. The mother of a handicapped child receives additional benefits. Moreover, none of these facilitations are framed or restricted based on the number of children a woman has.

Beyond the issue of pay, Italy also closely monitors the kind of work a woman can perform while pregnant as well as the accommodations provided to her while performing it.

By contrast, the United States is among only a handful of countries with no national law mandating paid maternity time. Instead, Americans have the Family Medical Leave Act (FMLA), which stipulates that a woman may take up to 12 weeks of protected unpaid leave to recover from serious illness or medical condition, including pregnancy.

But FMLA regulations apply only to businesses with 50 or more employees. As a result many businesswomen are not covered by the law and can be fired when unable to perform their work tasks. In the midst of difficult economic times, both Italy and the U.S. face robust cost-cutting efforts by businesses, with the workforce as a prime target.

The philosophical contrasts between the two countries in terms of the basic protections provided to women in the workplace are staggering. Article 37 of the Italian Constitution gives women equal pay rights and specifies that “…working conditions must allow women to fulfill their essential role in the family and ensure appropriate protection for the mother and child.”

The family, and the honoring the woman’s role within it, is an essential piece of the backbone of the Italian state. As a result, public outcries against efforts to diminish the role of motherhood are often effective. Consider recent criticism directed at RAI, Italian state television, for a clause in its part-time employee contracts that allows for pregnancy-based dismissals. The broadcaster is now under public pressure to revise the contracts.

Some American states have stepped in to mandate better maternity pay and accommodations in the workplace, but these efforts form a patchwork of regulations and not the groundwork for a national system of protections. The primacy of American commerce makes the expansion of family-related benefits an uphill battle.

As I noted in my July 2011 column on health care it all comes down to national priorities.

The Italian government is now looking at ways to counter the illegal forced letter of resignation. Has Italy found a way to eradicate illicit strategies? Not by a long shot. Does it provide too many benefits? Maybe, and it’s a problem it knows it must address. But Italian law, at its core, reflects a national decision to protect collective interests and the needs of the family.

Which country will emerge from this contentious period with its soul intact? Examine your fears and you’ll find the answer.