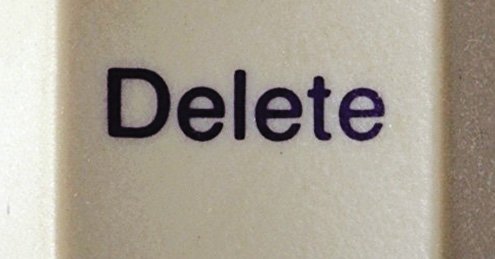 Most of the men I met had children.
W

hat, I ask, is the difference between meeting someone at a party and going online to date? In fact, selecting at leisure from a dozen Mr. Could-be Rights, weighing up the pros and cons of their habits, lifestyles and, let’s be honest, faces is a much more rational way of approaching the untidy business of partnership than following a heart lurching towards disaster.

My friends are unconvinced — and even slightly embarrassed. “What if I know him?” asks one. “Yacky!” cries another (Scandinavians can never quite get the J). “You don’t even know them!” An illogical rejoinder to my declaration that as the three dimensional males within my radar screen were off limits (married, colleagues or just, well, off) I was going online for the man of my dreams.

As I was in the throes of divorce at the time, the latter part of the statement was tinged with sarcasm. But I’d tried transcending the rather shallow expat gene pool and joined Italian groups; ending up adventuring with nature and football widows on steep Abruzzi mountains; buttering numberless panini (with all the other women) at a left-wing festa di cultura; and feeding cats.

Animal lover I may be, but that was the final straw. So, elated with guilt, I signed onto Match.com and sailed into a cyber superstore of romance.

At first I was timid, following the advice of the one friend who had been there too — an American, she gravely cautioned me against aliases such as Topolino or bellodiamore. “Mammona,” or “Tacky,” she would snort, clicking them into oblivion. And sure enough, a couple of experimental contacts with “ITALIAN NAME FOR DONALD DUCK” and “FIDELE” elicited the information that they were married and just looking for a “simpatica amicizia.” Sure.

Eventually, my curiosity is piqued by “Bruno” — actually, it was the brown eyes that did it, subverting the cyberworld’s Boolean rationality. A film noir meeting at the third table to the left in the café near the Pantheon, a fully charged cell phone and hastily written explanations taped to the fridge. But this is Italy, and although he does sport a tiepin with his name (“Custom made by Cartier”) my virtual Romeo turns out to be a wealthy banker with an ego the size of the national debt and a rather disconcerting line of small talk. “What do you say to spanking?”

Needless to say, gentle reader, that romance didn’t blossom but my excursions through Match.com became a long-running anthropological soap opera for my morbidly curious friends. I met a pasta salesman, a boutique owner, a film director, a TV executive, a nuclear physicist, an advertising manager and a photo-journalist — to name a few.

Some were pleasant and genuinely interested in meeting someone new — being divorced and over 40 in Italy, where social life is still firmly family or couple oriented, is not easy.

Italian men have not yet learned to cope with the emasculating sense of failure that divorce inevitably brings — and nor does their society provide the kind of support that the U.S. or northern Europe offers, especially when children are involved. Most of the men I met had children (a couple had cats, but they were quickly discounted). Many were sincerely looking for a long term commitment, although a few just sought sex without strings. One wanted someone to decorate his arm at office parties and felt that my heavily accented Italian added a certain kudos to his Armani. Another was curious about Britain. There was one who wanted free English lessons.

Whatever it was they were after, they didn’t find it in me, but Match.com bridged a gap between post-divorce self-pity and old-fashioned serendipity — a meeting with a friend from a decade ago which deepened into a relationship.