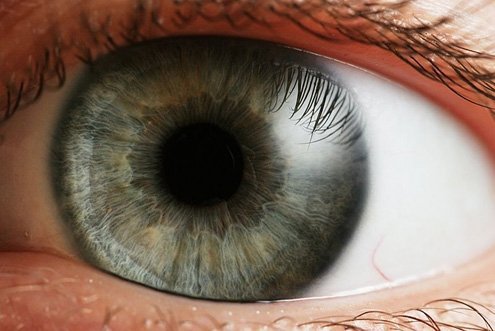 In Rome, wandering eye exists depending on the day.
W

ho didn’t love Marty Feldman in “Young Frankenstein”? It’s not really a question. The man was brilliant and, well, funny-looking. And face it — wandering eyes are funny. Except when on the face of your infant son.

Premature babies face a bevy of health problems. Fortunately, my boy Oedipus is problem-free. Except for… intermittent “strabismus” in his left eye. From time-to-time his left eye wanders a little far to the right. While I appreciate physical comedy, I really wanted his eyes spot on. How else would Oedi court future girlfriends?

Gradually, the sinister eye began to obsess me. At six months, I told my mother. Don’t worry, she said, until month 10.

At eight months, I got tired of waiting for 10. I asked my pediatrician. It was, she said, a stupidagine, a silly thing not to worry about. At nine months, she said the same.

But at 10 months, the eyeball began mocking me. I noticed that when Oedi studied things he turned his head slightly right to bring his left eye closer to what was under scrutiny. Hmmm. Though I wasn’t alarmed I was concerned.

Back to the pediatrician who insisted this was all ancora normale, still normal. Her husband, an occulista (an ophthalmologist), had told her that with many babies, facial proportions — specifically the bridge of the nose — could obstruct the field of vision.

To which I replied, “Yes, but his eye is still wandering.”

She then explained that nothing could be done fino a sei anni — six years.

My own Internet research suggested differently: Namely, that early detection and therapy were essential to avoid long-term consequences and surgery. I now trusted the Internet more than my non-Internet wise pediatrician. Nor would she schedule an eye exam.

“If she isn’t going to give us an appointment, we are going to have to get one on our own,” I told my husband Marco.

“Va bene, Kissy.” Marco was easygoing. “Che dobbiamo fare?” — which basically means, “We’ll do what we need to.”

Asking around, I found a Rome eye clinic. Halleluiah!

Drats, foiled again. Before this matter I’d never understood the complaints about the Italian public health system. My experience had been a dream. They’d done a bang up job at Oedi’s birth and it cost us nothing.

Plan B. I’d pay for any treatment. Not a problem.

“Marco, ask your doctor friend for the name of a good eye specialist” — this was now an order. I was on a mission.

But the recommended doctor was on vacation. I had to be patient. Meantime, the date for our monthly pediatric exam neared. As I always do, I jotted down a list of questions and concerns. But aside from the evil eye, I had none. My Oedipus was the picture of health. Daily, he was walking, talking and destroying our house. I decided on no questions for Madame Pediatrician. I’d manage the evil eye issue on my own.

We walked in to the office and exchanged salutations. I undressed the baby. True to form, he son wriggled, squirmed and fought me.

It took both of us to get him weighed and measured.

The doctor began writing down her findings as I started round three of my World Wrestling Federation bout. My guy was perfectly happy to stay naked. As I pulled his t-shirt over his head, the doctor said: “So, what are we going to do about this eye?”

I shot her an incredulous look. I’d been begging for an eye exam for months.

“What do you suggest?”

“That we get him an appointment as soon as possible.”

“Yes,” I said, “because he is at high risk for strabismus.”

“No, in neither family. But since he was born prematurely…”

She cut me off.

I couldn’t believe it. The scoffer had turned the tables on me.

“Doctor,” I said patiently, “I had LASIK surgery performed three years ago by prominent eye surgeons in New York and they said nothing about…”

I have a critical eye — that I know. But not a wandering one. I was stymied and miffed. Should I argue? Should I insist? Should I tell her to get new glasses?

In the end, I took one for my baby. “Well then,” I told her, “I guess it stands to reason that my son has the same problem.”

Maybe now that she’s decided I’m the one with the core problem, we can turn our attention to the real No. 1.