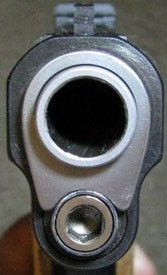 I feel very safe living here, I found myself saying.
I

met my girlfriend Marta on my first trip to Sicily. I arrived in November, and the cold wind blowing off the Mediterranean was brutal. I spent my birthday huddled in a pizzeria near Scopello with a group of Sicilians I couldn’t understand. Thankfully I sat next to Marta. She spoke only broken English but her eyes smiled at me and made me feel welcome. We liked each other instantly.

Now it was Marta’s turn. She and her fiancé Stefano were spending their honeymoon in New York City. It was her first trip to America and I was excited when news reached me. I immediately called her in Palermo.

“Marta, I’m so happy you and Stefano are coming to New York for your honeymoon. It will be wonderful to see you!”

“Yes Maddy,” she said. “I’m also excited. We are both very happy about this.”

“You will have a fabulous time. It’s a great city.”

Then she paused. I heard nothing. She was holding her breath.

“But I must tell you something,” she finally said, exhaling softly, “I’m also afraid.”

I thought I knew what she was talking about.

“Yes, New York is a big city and can be overwhelming. But it’s easy to get around and there’s so much to see. If you need any help, I’ll be here. It will be Okay,”

“This is not what scares me.” Marta replied.

I was caught off guard. “What do you mean?”

“Guns. Anyone can have them. They are everywhere. What if someone shoots me or Stefano when we are on our honeymoon?”

This seemed a strange concern from a resident of Palermo, home of the Mafia, one of the world’s most enduring and violent criminal organizations. It sounded completely irrational. I gathered up my best ambassador speech to calm her.

“I’ve lived in New York for more than 10 years now and I’ve never been hurt in any way. I don’t know anyone who carries a gun. It’s not something I think about. The city is much safer than in the 1980s, but you were barely born then! I take the subway by myself at night and walk alone often. I don’t feel any danger and no one bothers me.”

As the words came out, I recalled seeing flowers and candles strapped to a stop sign on my way to work that morning. At the corner of Myrtle Avenue and Washington Park, just six blocks from my Brooklyn apartment, a resident of a local housing projects was shot and killed in what looked like a drug-related dispute.

I had walked by the makeshift memorial with nonchalance. Though the shooting occurred close to me, it remained part of an underworld I wasn’t part of. It had no effect on my day-to-day life. I forgot I’d even seen it until I spoke to Marta.

“I feel very safe living here,” I found myself saying.

My words seemed to calm her but inside I could sense she was only temporarily comforted. The magical allure of the United States combined with the thought that anyone had the right to own a gun confused her. The idea was contradictorily intertwined and hard to untangle.

“I want to be free of my fears and enjoy my trip,” she said. “I know bad people rob banks with guns. But students also get shot attending schools in the U.S.. How can this be? It has become so common. Even knowing this, you still feel safe?”

I impulsively wanted to reply, “Yes, of course,” though I had no good reason why. Much of what she said was true. I was attached to the patriotic idea of a United States of America that is a free and peaceful nation, open and inclusive, a beacon to other states and to the world at large. But how true is this?

“I’m sorry to bring this up,” Marta finally said. “I know I’m being too worry about this. I really want to see New York and everything from the movies. I especially want to see the Empire State Building and the Statue of Liberty. Lady Liberty, I think she is beautiful, so iconic.”

I let her conjure her image completely before I replied.

“Yes, she is beautiful. When you come, her torch will be lit in the harbor. She’ll be there waiting, welcoming you to America.”