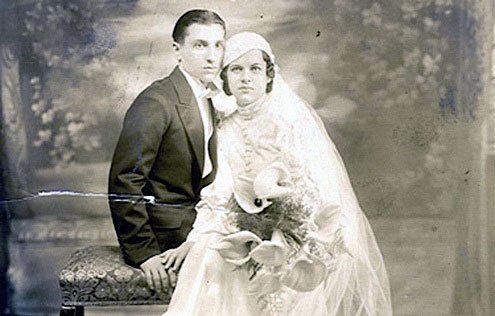 As bad as this may sound to some (especially men), I challenged back and said, “I refuse to be the last one married!”
T

hey’re dropping like flies. One by one. Yep, ladies and gentlemen. It’s the year for weddings. Seems like everyone and their mother is getting married this year.

Even the poopy-shmoopy couple we were sure wouldn’t last (she:“ You’re my piccolino;” he: “No you’re my piccolina.”) has gotten in line. Yep. Everyone except for little ole’ me.

And before you know it, if I don’t act fast, next year will be booked up too. Believe it or not, I’m already being asked to set aside some dates for next year!

So, um I guess the big question is: when’s my turn?

Fabio loves when we get into this discussion as he proud fully yet jokingly tells me, “Save the best for last!”

As bad as this may sound to some (especially men), I challenged back and said, “I refuse to be the last one married!”

This is when Fabio got serious and began to lecture me on the rights and wrongs and the dos and don’ts of life.

“ Amore, it’s not a race you know. Besides, this way, we’ll be able to learn from other people’s mistakes,” he said.

I think I’ll use that line the next time someone asks us when we’re planning to get hitched. “When am I getting married? Um, yeah. I think I’ll just wait to see how you screw up your wedding and then I’ll get married.” Gosh, why didn’t I think of that one? That would really get all of the annoying people who keep asking me lately off my back.

Unfortunately, no matter what excuse I come up with, nothing is going to be good enough for my mom. According to her, I need to give Fabio a deadline. To her, it’s like black and white. Either shape up or ship out: “Nikki, sometimes men need a little push. That’s all,” she explained.

I’m not so sure I’m comfortable with giving a man a deadline. I mean, I’ve seen some women do it. And frankly, I’ve seen it work both ways. For better and for worse. Anyway, what am I supposed to tell him? You have two weeks from today to pop the question? If not, I’m signing up for another marathon to run? Besides, it’s not like we haven’t talked about it before and well, we have been living together for a year now. So, it’s not a question of feelings.

My mom is constantly reminding me that I’m no spring chicken (I’m 28) and that I need to start churning out the eggs in a few years. On the other hand, I have Fabio (he’s 33) telling me I’m giovanissima. Just look at the age of his other friends and family who have just recently wed or have plans in the works. Let’s see, that’s 31, 32, 33 and 34.

So basically, I have another three-to-six years to go. Hmm.

So wait, it’s not a race but more of a question of age? Ironically, I like the way a friend’s father put it to him the other day. “Son, no man is happy to get married. I understand that. But it’s a part of life and everyone does it at some point. I wasn’t exactly thrilled when I did it either. But I took the plunge and I got it over with. Now, I’m the happiest man alive. So, just take the plunge and dive right in there and you’ll see how good it feels after.”

So instead of taking Fabio running, maybe I should take him to the pool.