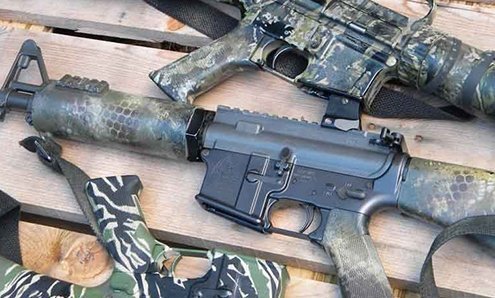 Italy allows guns, so long as you prove beyond any doubt you need one. No automatic weapons allowed.
R

ecently I’ve been thinking a lot about a patient I’ll call Mario. He was a ministerial employee, happily married, and totally nuts. Under his façade of normality lay a vast web of paranoid delusions that linked his family, the Catholic Church, and both Cold War antagonists in a delicate equilibrium. Through the 1980s I prescribed him antipsychotic medication under supervision, and he did just fine. But when the Berlin Wall fell in 1989, the balance wobbled and his intricate web fell apart. Mario snapped. He first confessed vague violent fantasies, then disappeared from treatment, only to resurface in prison, after stabbing his cousin.

What reminded me of Mario lately was the rather similar story of Nikolas Cruz, the Parkland, Florida mass murderer. Both were deeply disturbed, both were armed, both were obsessed with fantasies of violence, and in both cases outside events – in Cruz’s case the death of his mother, in Mario’s the end of the Soviet empire – cut whatever inner restraints had prevented acting on those fantasies. What made the difference between one man wounded and 17 teenagers dead was the weapon: Cruz carried an AR-15, Mario a kitchen knife.

Nikolas walked into a Florida gun store, passed the laughable instant background checks, and walked out with his gun. In Italy you can’t buy a pistol, or carry any firearm on the street, without a license (porto d’armi) issued by the police. To get that license you need,

1. A specifically authorized physician (not your own general practitioner) must certify your mental health. So much for Mario or Nikolas.

2. A specifically authorized must certify that you have no visual, hearing, or other physical problems that would interfere with proper use of a firearm.

3. You must have a clean criminal record, with no history of violent crimes or restraining orders.

Nikolas Cruz: Rage, but with a weapon to act on it.

4. You must not be an army deserter or a conscientious objector.

5. You must have had proper training in gun use and safety, either in the army or a certified two-month civilian course.

6. You must provide a list of all the people you live with.

7. You must demonstrate a specific reason for being at high risk of violent attacks – owning a jewelry shop, for example, or working as a security guard. Few people meet the test, and certainly not Mario or Nikolas.

You must reapply for your carry license annually, and you can only have 200 bullets at a time.

If you want a weapon for sport or hunting, the process is easier – you can buy a few shotguns based on criteria one through six listed above, with a license good for six years. But by law you must report every acquisition of a weapon or ammunition to the police within three days. You must also store your guns in such a way that children, thieves, and household members who are mentally ill, alcoholics, or drug addicts can’t get hold of them; and transport them to and from the shooting range or game reserve unloaded and locked away. If a family member goes to the police about fights at home, the cops will take away your guns.