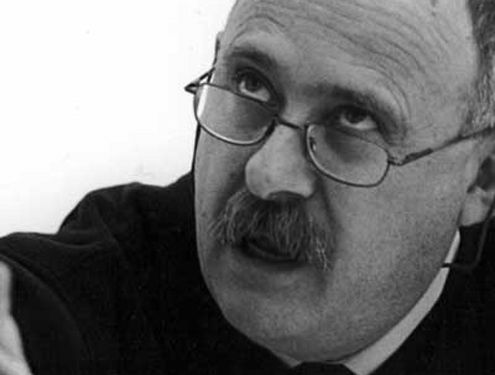 For years, a torn magazine clipping about Marco Rossi-Doria hung around in my Rome filing drawer getting increasingly ragged. It showed a grainy picture of a tall bespectacled man in the rain on a cobbled lane in Naples. It was headlined “maestro di strada” (the streets teacher) and recounted how Rossi-Doria was taking instruction far beyond the classroom. In the city that tops the Italian League table for teenage truancy, he was meeting problem youngsters on their own turf, in Naples’ notorious Spanish Quarter.

When I finally meet Rossi-Doria — seven years later — Naples turns on a dazzlingly limpid spring day. Despite this, the Spanish Quarter still feels like hostile territory. Crumbling 15th-century palazzi, television antennas and lines of washing decorate the skyline and scaffolding still props up buildings from the 1980 earthquake.

Rossi-Doria is 50, with a drooping mustache and expressively arching eyebrows.

As we head towards the headquarters of the organization he founded, Project Chance, he explains in perfect transatlantic English what it has achieved so far.

So far, 440 truants in Naples have been given a second chance to pick up broken school careers, some marred by violence, drugs and parental abuse, and complete their compulsory schooling. Their success rate in the middle-school graduation exam (terza media) is 89 percent.

Today is the first formal assessment for this year’s students. Martina, a chubby fifteen-year-old with bitten nails and dark, distrustful eyes, is questioned amicably about geography, Italian and history. When she panics or can’t express herself, her tutor, seated alongside, steps in to encourage her. Asked what she’s seeking from Project Chance, Martina gazes around the airy, colorful classroom and pauses. “I want to learn how to calm down,” she says.

The first day at Project Chance she and another girl had a hair-pulling, face-scratching punch-up. Martina is from a “normal” family; father employed, parents together, no problems of drugs or abuse in the home. Yet despite this she was clearly a failure within the school system — which she could not relate to — and simply stopped going in the second year of middle school. Many of her classmates have a father or brother in jail, unemployment, drugs and crime are rife, and neighborhood life is still shaped by the Camorra, the Neapolitan mafia.

“Some of these kids have a vast baggage of skills that neither they nor the school system are able to capitalize on. I want to help bridge the gap between street-smart and school-smart,” says Rossi-Doria, who does not like to be interviewed nor speak at length about himself or his accomplishments.

Project Chance evolved from Rossi-Doria’s experience as a “maestro di strada,” which he began in 1999. He organized homework sessions, artistic workshops, followed difficult children in their normal schooling, spoke with the families and simply hung out with the kids themselves.

Rossi-Doria says his team has no pedagogical miracle cures, just a few essential rules, including rigor and consistency, and the willingness to reach out to these teenagers’ universe and draw them in. As they prepare for lunch, some of the students give their views.

“Marco is not like teachers in normal schools. He helps you understand things and he listens,” says Paolo, sporting a Bob Marley T-shirt and spiky, dyed blond hair. “I always thought that school was boring, it didn’t have anything to do with my life. Here it’s different,” chimes in Raffaelle.

Communal meals are an essential part of the program. Rituals are also important in recognizing commitment and achievement. When the students come on board, they make a public pledge, and they receive symbolic “pocket money” if they attend class regularly.

“Unless the students have a minimum of will to get the most basic academic qualification there’s no point letting them on the project,” says Rossi-Doria. “What we can do is support them when it gets tough, even in banal things like having the tutor go to their homes and ensure they are up and dressed and make it to school.”

Many students who got their graduation certificate through Chance are now in vocational education, a handful are continuing in regular high schools and others have slipped back into old habits.

Rossi-Doria’s achievements have brought him acclaim. He was awarded the UNICEF Italy prize for the defense of young people’s rights and recently profiled in a Japanese article on the world’s top ten teachers.

Given these inner city credentials you’d think he’d have become a darling of Italy’s political left. Yet, he is curiously detached from the left-wing establishment. The reason is two-fold. First, he is obsessively eager to avoid the spotlight — in addition to refusing to talk about himself in interviews, he defends his students’ privacy to the hilt and insists that any achievements are the result of group efforts; second, and more important, he abhors politics.

“I have no time for Italian politicians of any hue. They are so fond of talking and so incapable or unwilling to assess real problems and find solutions,” he says. This intolerance of rhetoric comes in part from his international upbringing. Marco’s father was Manlio Rossi-Doria, a leading scholar and economist who helped promote Italy’s agricultural reform in the 60s; his mother, Anna Lengyel, is a Hungarian Jew.

Marco attended an American primary school in Naples and then in the United States before completing his high school years in Rome.

The decision to become a teacher rather than go to university was spontaneous. “I have older sisters with kids so I was comfortable with children and I wanted to do something practical,” he says.

His first teaching job was a brusque reality check; a class of 40 new entrants in the rough Primavalle suburb of Rome, most of whom spoke only dialect.

In 1984 he spent a year teaching English (and promoting soccer) at a multi-ethnic Montessori school in Richmond, California. “It was fascinating working with a class of so many different nationalities. That’s something we are only just coming to grips with in Naples 20 years on.” In 1990 he took up a job at a bilingual school in Paris specializing in programs for teaching art using frequent visits to museums. He also taught for two years in Kenya where he was involved in projects with street kids.

Chance teacher Salvatore Pirozzi says Rossi-Doria has an exaggerated sense of duty to his fellow man but rejects the idea that he’s a secular missionary. “This work takes immense commitment and energy but it also gives huge gratification, in quite a selfish way,” he says.

“One of Marco’s great assets is being able to motivate a group. He separates out the routine stuff that can bog you down — resources, conditions, pay — from your role, and this means you can really focus on what that means, on being a teacher,” comments Maria Rosaria Savignano, an elegant blonde teacher who is part of the Chance team.

Rossi-Doria says their model, funded by the EU and the regional government, is too labor-intensive to be adopted in the mainstream system, but some methods are being used in an informal way to deal with difficult cases.

“We don’t want to become too big because the only way we can work is by ensuring a close personal relationship with each of these kids. Reaching out a helping hand at a crucial moment in their lives.”

About the Author: Frances Kennedy

New Zealand journalist Frances Kennedy has lived and worked in Rome since 1992. During that time she has been a reporter for BBC Radio and Television, Italy correspondent for The Sunday Times (UK) and The Independent (UK). She also produces Acquerello Italiano, an audio-magazine for Italian language learners and enthusiasts, and writes for food and travel magazines. Kennedy works for the Italian news agency ADN-Kronos.