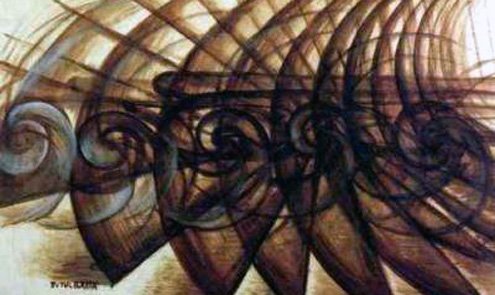 efore national elections in April, I was surprised several times when friends, all intellettuali di sinistra, fashionable leftists, added a new idea to the classic after-dinner political rant. After exhausting the usual laments about Italy’s shortcomings, they declared that the only solution was a dictator with a mano forte — the big fist. The idea was that only a unilateral supra-parliamentary force would cut through the mess and “do what all agree must be done” to get Italy out of its economic and spiritual dumps.

I was as shocked as if a German had said that a short Austrian with a funny moustache would set the country straight. Even more surprising was that the declaration invariably came from a Berlusconi-hater. The idea got no less scary after several repetitions, but I began to detect a pattern.

A similar idea circulated on the eve of European integration in 1992. Italians were particularly excited because they believed the EU’s mano forte would put Italy in riga; it would impose the unpopular and difficult measures necessary for Italy to realize its full potential (It didn’t.)

Readers may recognize another application of the mano forte in the classic example of the Italian mother who coerces her screaming child by threatening to call a carabinere. “Vedrai che ti mette in riga” — “He’ll straighten you out.”

I’ve even had the mano forte applied to me, when I was coerced into the thankless job as elementary-school class representative. The selection process is a sort of jocular lynching. Assembled mothers select a victim and “suggest” she take the job. She demurs, and they then pull out reasons that make backing down impossible: “You were so good last year.” “You don’t work full time…” In my case, the unavoidable reason was I was Anglo-Saxon. “Your mano forte will straighten us out and get things done.”

Whenever I hear the calls for the mano forte, I wonder why the speaker can’t or won’t do it himself. The exasperated mother, the disorganized class and the state each have legitimacy and means. Moreover, in democracies, those doing the calling are by definition the same ones who should be doing the doing. If all agree that taxes should be paid, the debt lowered and infrastructure repaired and built, why not do it? Why wait to be forced by someone else?

The basic assumption behind the mano forte is Italy’s childlike belief in its own incapacity to solve problems. Indeed, according to EU statistics, Italians are the most alienated citizens of the un-enlarged EU; the most likely to agree that “Good luck is more important than hard work” or “I feel left out.” They are the least likely to be optimistic. They have an implicit belief in the superior problem-solving skills of outsiders — be it a dictator from outside the parliamentary process, a law-enforcement figure or a foreigner.

I have neither the space nor authority to analyze the historic or cultural origins of the mano forte idea. Instead, I offer an anecdote. An Italian friend recently told me that he thought Judaism was rigid and dogmatic, imposing arbitrary rules and regulations. I disagreed. Rigor might ring true in an Orthodox context, I told him, but it was not in a Reform or Conservative one. I repeated the old saw about what you get when three rabbis are in a room — four opinions.

“But the Head Rabbi must set them straight?” he said.

He scratched his head.

“It’s more like Protestantism, with denominations whose anonymous leaders are administrative figures not doctrinal ones,” I said.

The discussion expanded to the powers of rabbis and Protestant ministers.

“They don’t really have any,” I said. “Maybe they have studied more, or do it for a living, but they are people like you.”

“So then who can intercede with God for you?” He looked worried.

“So ultimately only you are responsible?”

He patted my hand sympathetically.

But back to being class representative, which ended in acrimony and cold shoulders on the playground.

I thought my mandate was clear. Aloof from politics, I tried to streamline decision-making. I didn’t get far. The class couldn’t even agree on whether decisions had be unanimous or just majority. So every action, from the teachers’ Christmas present to funding the recita, was preceded by a pre-vote hashing out of whether everyone, or just most everyone, had to agree. When I tried to keep meetings on track and brief by limiting interrupting and introducing Rules of Order Lite (very, very Lite), I was called a dictator.

So, if that is what my friends mean when they want a dictator to straighten Italy out, maybe it isn’t so bad after all. And in any case, it won’t last long.

The following year when the class representative lynching process got started, I was passed over.