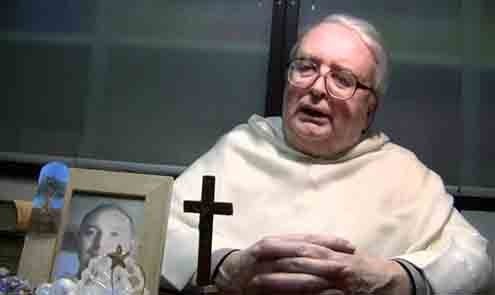 he European Union plays an essential role advancing and protecting human rights, specifically LGBTI rights (I now include “I” in the LGBT family to signify lesbian, gay, bi-sexual, transgendered and intersexual.) But Italy is a special case. As historian George Mosse noted in 1981, Italy’s public regulation of homosexuality has been marked more by denial than repression.

In May, however, the country finally complied with EU directives by recognizing civil unions for same-sex couples. While it’s a far cry from marriage and equality, it does represent a great leap forward. Though the civil union debate has raised our visibility, many homosexuals remain only “selectively visible,” fearing rejection from their families, the loss of their jobs (or promotions), and even facing harassment and violence in the streets.

According to a study commissioned in part by the European Justice Commission, 73 percent of Italy’s lesbian, gay, bisexual and transgender (LGBT) population had “experienced some form of discrimination or prejudice, predominantly in the academic environment.”

In a 2013 study of homophobic violence in Italy, three University of Naples researchers concluded that LGBTI people in the workplace and at school were frequent victims of prejudice. “The most commonly reported experiences … were verbal harassment, discrimination, and physical or sexual violence,” the study reported.

Gay men aren’t the only targets. Many lesbians have told stories of being harassed and yelled at in public. A lesbian friend of mine told me she was thrown out of a taxi in Milan because she and her girlfriend were holding hands. She told me of another incident at a popular Milan sushi restaurant while she and her girlfriend were celebrating their anniversary. “We weren’t kissing or even holding hands,” she told me, “but the owner came up to us and asked us to leave. We were so embarrassed we paid the bill and left.”

This isn’t entirely surprising since Italy is a strongly matrifocal, or mother-driven society. Any woman who fails to conform to the motherhood model is suspect. Italian women remain locked in a battle with the Catholic Church and family for the ownership and self-determination of their own bodies.

Since LGBTI people aren’t included in Italian hate crime legislation, they have little or no protection against homophobic bigots and their assaults. In 2009, the Italian Chamber of Deputies shelved a proposal against homophobic hate-crimes that would have permitted increased sentences for violence against homosexuals. On May 16, 2013 came the introduction of a bill prohibiting discrimination based on sexual orientation and gender identity. But it was swiftly amended to protect anti-LGBTI politicians and clergymen.

In late October, Father Giovanni Cavalcoli, a popular broadcaster for Catholic radio station Radio Maria, suggested earthquakes in central Italy were “divine punishment” for “offenses to the family and marriage.” As laughable as that is (even the Vatican denounced the comment), it’s only a small example of the kind of anti-LGBTI rhetoric that flows from the Catholic world, giving homophobic bigots implicit consent to hate.

England is light years ahead of Italy with respect to LGBTI rights, both in terms of protection and social programs. This in itself is remarkable if you consider that until it joined the EU, England had a long tradition of persecution, focused in particular on homosexual men. With Brexit, it would appear LGBTI people, among others, are poised to face discriminatory backlash.

“Bigots feel they have a mandate to hate,” wrote Owen Jones in the Guardian states, referring to the toxicity fostered by the EU referendum debate.

Police statistics noted a 42 percent upward spike in hate crimes against ethnic minorities and foreign nationals in the week before and the week after June 23 vote.

But few analysts predicted a rise in hate crimes based on sexual orientation. Lesbian, gay, bisexual and transgender (LGBT) people have had to face a 147 percent jump in such crimes over last year. It appears LGBTI people have become a primary scapegoat in more general social resentment.

“The highest prison sentence a court can give for homophobic, transphobic or disability common assault is six months,” said Nik Noone, chief executive of the LGBT anti-violence charity Galop. “That is just a quarter of the two-year maximum for race and faith common assault. This disparity needs redress.’

David Isaac, head of the British Equality and Human Rights Commission, suggested such legal disparities created a “hierarchy of hate crime,” sending the message “that some groups are more worthy of protection than others.”

The U.S. presidential election campaign brought about an unprecedented surge in the intensity and quantity of rhetoric directed against ethnic and racial groups, woman and LGBTI people. Those on a mission to destroy what they regard as “political correctness” may see this as implicit consent to engage in open acts of discrimination and violence.

Brexit and the election of Donald Trump represent radical political change both in Britain and the U.S. I worry about the safety and security of minorities and individuals, including LGBTI people in both countries. I also know I’m not alone.