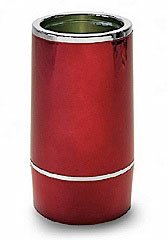 Whites should be around 10 degrees.
T

his is a column that was supposed to be about finding value among Super Tuscans — the often breathtaking and iconoclastic reds from Tuscany — but will instead be about something a lot less sexy: serving wine at the right temperature.

The original idea was simple enough: Invite a few friends over to taste six Super Tuscans ranging in retail price between around €5 and €80. We’d discuss the wines without knowing which was which, rank them in order of preference, and in the end have a better idea whether more money really bought more quality among these wines.

Ostensibly, we came up with a winner — the €5-entry somehow seemed the best of the lot, though it was a lot that was bland, alcoholic, and generally uninteresting. And the more we discussed the wines the more it became apparent that, really, none of them was any good.

The point certainly isn’t that Super Tuscans are mediocre. To the contrary, many of my greatest wine experiences have involved these wines (as if to make that point, just two weeks after the ill-fated tasting mentioned above, I drank a glass of Serraselva from boutique Super Tuscan producer’s Poggio al Sole’s 1999 vintage — just stunning).

No, my point is simply that even the best wine can taste ordinary under less-than-ideal circumstances.

The first thing to watch for is temperature. The general rule of thumb is that red wines should be drunk at room temperature. But room temperature according to wine producers is around 16-18 degrees centigrade (61-65 or so in Fahrenheit), which is cooler than most rooms. The wine tasting I hosted was on a chilly evening and so I had the heat on, making the temperature inside around 23 or 24 degrees — meaning I sadly repeated one of the sins of many mid-level Italian restaurants by serving the wine far too warm.

When it occurred to me that warm temperatures might have been a culprit in the tasting’s bad results, I conducted a little experiment: on another evening before a different friend came over for a meal, I opened up a bottle of Di Majo Norante Sangiovesse (my current house wine) and I divided it into three carafes. I placed one in the refrigerator, one in my mini wine cellar, and one atop the oven that was warming up dinner. An hour later, I pulled out a handy wine thermometer I bought and found the carafes were 11, 17, and 24 degrees, respectively. Extreme examples, I grant you, but they would hopefully make a point.

They did. I was not surprised to discover how little the three samples resembled each other — it was hardly recognizable that they were from the same bottle. The first was closed, insipid, and almost watery; the last one was tedious and so alcoholic that it burned my throat on the way down. But the middle carafe was fruity and balanced with a crisp finish.

There are, of course, many other factors that can affect a wine’s taste.

That night, I also poured some of each wine into the simple little glasses I used for the Super Tuscan tasting and also into beautiful large crystal goblets, and I noticed a slight difference in taste depending on the glass, especially in the warm sample, where the small glass seemed to focus attention on the alcohol. If the glasses are dusty, if the food doesn’t match well, or if the company at the table or the service at the restaurant aren’t what you expect, that all can reflect negatively on the wine.

But the temperature is one that’s easy to check: A bottle at 16 or 18 degrees should feel a little cool if you wrap your hand around it (whites should be around 10 degrees: you feel a bite to the cold when you touch it).

As for the Super Tuscans, the comparison remains an idea for a future column in this space. One friend suggested that a lesson we learned is that perhaps lower-end wines hold up better than their more refined cousins when conditions are less than perfect, a notion that wouldn’t surprise me if true. But I never want to write a column about what is less bad — I’d rather stick to what is wonderful and tasty. Getting the temperature right is a good first step.