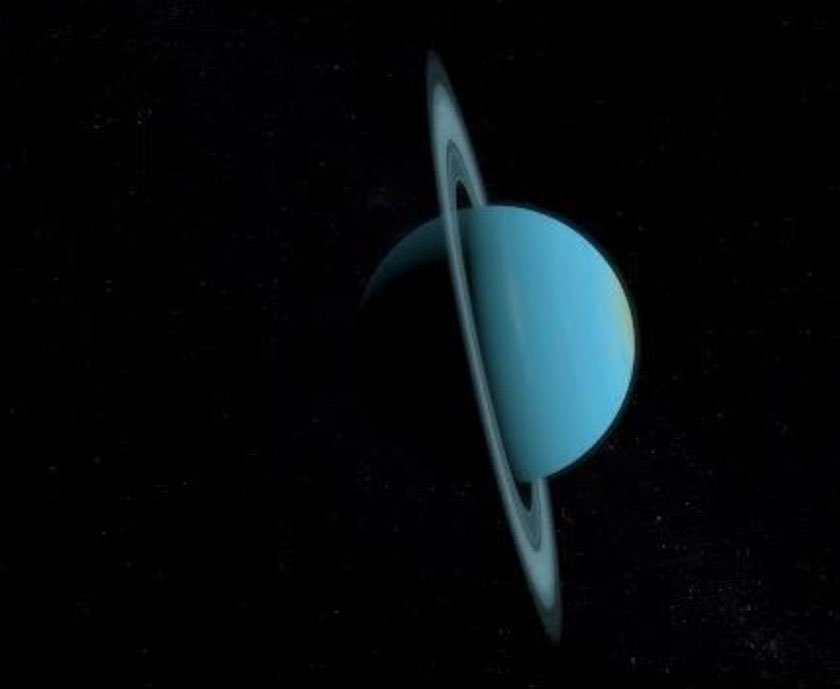 ur Solar System was the only one with a planet named Yuri. This important piece of information emerged from Mrs. Patil, the third-grade teacher who had married an Indian I imagined as Sitting Bull, since at the time the only Indians I paid much attention to were Native Americans.

All this came up one day when Mrs. Patil, who had a fondness for celestial bodies (which I understood as “babies,” confusing me further) decided it was time to establish the basic workings of outer space. For me, outer space meant only one thing: rockets, the bigger the better. Most were aimed at the Moon so I really had little patience for, say, Mercury.

This is when Mrs. Patil intervened to say Mercury came first, closest to the sun and mostly a scrambled egg of a planet constantly broiling its own juices.

After the grilled planet came Venus, Me (or Earth), Mars, Jupiter (my friend’s dog), and Saturn.

Only after Saturn did Mrs. Patil seem to become a little shy and mumble. After Saturn we find… Yuri, and then big, slow Neptune and tiny, gelid Pluto (since defrocked as a planet). But while Venus, Earth, and Mars, and the more distinctive Jupiter, Saturn, Neptune, and Pluto – red spot, glamorous rings, dense gasses, and frozenness – all got Mrs. Patil’s rapt attention, this “Yuri” place seemed about as interesting as communism. In fact, the only Yuri I’d ever heard of was the Soviet spaceman who was the world’s first, and as a result made Americans crazy.

This elaborate charade was concocted to avoid speaking the name, brace yourself, URANUS.

When class clown Richie boldly asked Mrs. Patil to explain how there could be a planet named Yuri, she told him some planets were best known by their nicknames, and left it at that, though Richie wouldn’t, giggling.

This elaborate charade was concocted to avoid speaking the name, brace yourself, URANUS, which Mrs. Patil and her cabal of magical realists decided was simply too crude for an audience of impressionable misfits otherwise known as elementary school students.

Why should they call a planet by its real name if that name might give rise to pre-adolescent mischief? Better instead to let children imagine the wonders of Yuri, that Russian planet floating amid deities like Jupiter and Saturn. A few girls in the class mistook Yuri for Juney, the name of the cat who lived on school grounds. Mrs. Patil praised them for the connection, singing odes to Juney’s furriness, and that was that.

Most of my class, Richie in the lead, apparently understood the reason for Mrs. Patil’s remarkable exercise in cosmic renaming, but I did not. When Richie refused to tell me what the fuss was about, replying “URANUS,” and laughing, I left to wonder how it was intelligence was distributed. How could Richie be so well informed and what exactly was anus with Uranus, aka Yuri?

I of course asked my father for assistance but he demurred, citing his lack of interest in planets.

He would be glad, he told me, to instead discuss the peril of African independence movements to the world order. He even defined the word “mercurial,” applying it to a man with a funny name, Mobutu. He spoke of the yoke of colonialism and I thought only of eggs.

I then asked my friend Byrne about Yuri, but he just laughed and said, “It’s Uranus, like your anus, you dummy,” then pretending to fart. Since the word “anus” was as mysterious as mercurial or Mobutu, I was stuck in the same place.

I even asked Mr. Mullen the bus driver, but he just scowled and said, “Watch your mouth,” which much as I tried I could not do. It seemed in fact like an odd request.

The mystery of Yuri actually lasted several months, in which Mercury, Venus, Earth, Mars, Jupiter, Saturn, and Yuri, followed by Neptune and Pluto, became the norm, by which time Mrs. Patil had moved onto the concept of galaxies and light years, which were long years made from light in a special solar oven.

All finally came clear when my friend Andy, who had never heard of Yuri, decided we should build a craft to get there. He demanded that his father, an astro-physician, or something along those lines, tell us how we might go about our mission.

As an astro-physician, he worked in a space lab where, according to Andy, he built beams and scopes, the wonders of our new world. And I had asked him to please make us robotic arms, but he demurred, saying we weren’t old enough to participate in the wave of the future. So it was that Andy’s father, Professor Colantonio, finally sat us both down and gave us a lesson that might be described as the cosmic side of the birds and the bees. His explanation of anus was deeply disappointing, since I’d imagined it as an alien vessel with a distinctive sharp snout.

On the bright side, he took us both to the big museum in the center of town that contained a miniature planetarium.

He spoke of the yoke of colonialism and I thought only of eggs.

In it, the lights went off and I was sure I was about to watch a cowboy movie. Instead, a voice began speaking of “other worlds” and the ceiling lit up with moving dots. I suddenly felt very adult, in the dark, amid this eerie knowing voice.

The voice announced that Earth, our house, was surrounded by many other bodies, most uninhabitable, at least by boys, cats, dogs, and girls, and began listing them.

My heart leapt when the voice reached Jupiter and spoke of volcanoes, and then moved on to Saturn, with its ammonium colors.

Then came the moment of truth, and Yuri vanished forever. Uranus was indeed the planet before Neptune, the planet ladies like Mrs. Patil preferred to avoid.

Later, as a something called a young adult, I was told Uranus came from the name of a Greek deity and referred to the sky and the heavens, entirely uninterested in human orifices. In fact, Uranus was the name of Father Sky, husband of Gaia, Mother Earth, and their offspring was the ocean itself.

Once I came of age, a decade later, I resolved to troop back to my old school and find Mrs. Patil, in search of a little laughter. Until I learned she’d left the school, no doubt for another planet.

My fouled eyes no longer allow me to take pleasure in the night sky as I once did. But not a year passes that I don’t secretly long to build a craft to take me away, not (with all due respect) to Uranus, but to Yuri, where I would find everything in order, just as it was once, and my vision restored to the way it was when my state of not knowing was a blessing.