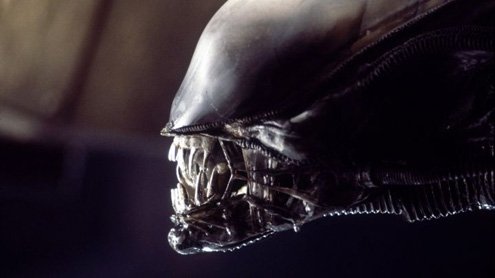 A friend once described babies as parasites sucking the life out of you like the creature from "Alien."
B

abies. Somewhere in the deserts of the Middle East, there is another yet-to-be-discovered 10 Commandments tablet that features the words: “Give birth to one and you may righteously break their balls about having their own one 27 years later… if polio doesn’t get them first.”

My mother is incorrigible. She has already bought three sets of mini jeans and a jumpsuit for my unborn offspring. She is learning to crochet and she has inadvertently reinvented the five- second rule. If you see a child aged anywhere from neonatal to old-enough-to-drive on television, you must change the channel in five seconds or she’ll start bawling. My siblings clutch the remote in fear and I am developing early symptoms of carpal tunnel syndrome.

It seems that I have unknowingly been doing my mother a great disservice. While I was waiting for my older brother to get off his arse and knock someone up, my mother was counting the months of my childless married life off her fingers in shame.

But as a pilgrim of the Natural Order of Things, I assumed my brother was meant to have babies before me. He was born first. So it’s only natural that he gets weighed down by miniature versions of himself before me.

Unfortunately he doesn’t get hitched until April and by then I will have clocked up 40 months of barren wedded bliss. How will my mother show her face in public?

Suffice to say, I’m not ready to have babies. I am traumatized by a friend who once described them as parasites sucking the life out of you like the creature from “Alien.” I am deathly afraid of twins and I am still waiting for someone to invent a vacuum-like machine that just sucks the baby out in staggered 15-minute appointments at your local GP.

If you think that’s bad. Hubby seems to be under the impression that he’s still 21 and is desperate to get dysentery from as many dodgy street food stalls in an as many countries as he can before he even starts thinking about having kids.

His mother is a louder, shriller version of my own and has already threatened to leave her life savings to her many, many cats if he doesn’t get his act together.

In the weeks that I have spent visiting mummy dearest in Australia, I have been yelled at, guilt-tripped, begged and yelled at again. We have come to a silent impasse. Well, I am silent. She simply shakes her head as tears well up in her eyes and dreams of sipping lattes while passersby stop to admire her infant grandchild float just out of reach.

I can’t really see what all the fuss is about. The Kardashians had all their kids after they were 30. Not that I admire the Kardashians. I simply draw them from my bag of defense whenever my mother drives past a school. My mother didn’t even believe me. We Wikipedia-ed it. She came back with, “Well if the Kardashians jumped off a cliff, would you do it too?” And the prosecution rests.

To use one of my generation’s favorite excuses, it’s Facebook’s fault. My hairdresser’s son had a kid last week and she has been spamming us all with photos like it’s going out style. My mother, who uses Facebook exclusively to berate us for unbecoming behavior and who once wished a cousin happy birthday on her own timeline by mistake, was beside herself with envy.

So she struck a plea bargain. I must produce one child before I am 30. It’s a good deal. Originally she wanted all of them before I was 30. Unfortunately the deal is null and void if any friend, relative or acquaintance my age or younger falls pregnant before then. So ladies, legs closed. Please. I have two years and three months of freedom left and I plan to enjoy them.

About the Author: Laura Di Castri

Laura Di Castri was born and raised in Victoria, British Columbia. She graduated from the University of Victoria with a BA in Sociology. After spending most of her teenage years and early twenties working in a Greek restaurant, she finally graduated and took off for Italy. She has been living in Emilia Romagna for a year now, teaching English and trying to figure out what to do with her life.