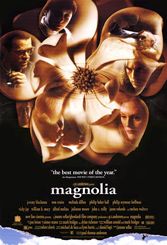 Meanwhile, Jimmy Gator (Philip Baker Hall), the show’s one-time host, is also dying. Anderson binges these characters (and many others) into a vast cinematic essay about love and death. Meanwhile, the sky rains frogs. A bravely American undertaking that would make for seven separate films anywhere in Europe.