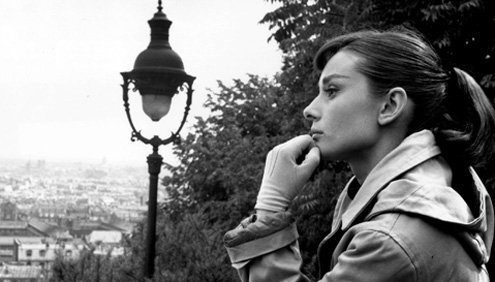 No gum chewing allowed...
I

once charged regularly into elementary school with my sloppy jaws in motion. “Get rid of that gum!” barked the monitor, and I complied reluctantly. I was eight at the time. What else could I do?

But being denied irked me. My vision of human rights concerned only my rights, and when I was rejected I’d sulk, pout, and hiss. These days I probably would have hunted down an automatic weapon.

But my shopping skills were limited and my eyes still glued to comic books. So I groused privately while assuring myself I was right. The defiance persisted until an Oscar Wilde moment in which I glimpsed my reflected tongue close up: it looked like walrus flesh with measles. The pebbled meadows of old gum under school desks also began to sicken me. Speech played a role. Chewing gum and enunciating clearly were mutually exclusive, which was bad news in the presence of a father who demanded engrossing repartee. Gum soon fell from my mouth, and life.

I mention all this because I just spent ample time with a late twenty-something woman-child who reminded me a great deal of my eight-year-old self. She was a beautiful creation vitally alert to the vagaries of fashion and celebrities and all things associated with style and prettiness. She was not, she insisted, a “commoner,” vaguely bashing all things “banal.” But she also chewed gum, even at dinner, and when she wasn’t chewing, or sending messages, photographed herself with ruthlessly accomplished narcissism.

From time to time I suggested she toss the gum, and she’d ask me why. Because it makes you look like a child, I replied, which, as part child, she found annoying. She capitulated only when I suggested that Valentino heels and Max Mara wool didn’t suit the chomping. She had no wish to offend designer labels.

But asking her to curb her “selfie” urge was useless. In St. Peter’s Square she took only close-ups of herself, explaining that her own beauty captured near other beauty was a natural fit. Fair enough. If only she’d paused to take in the scene, which she didn’t.

My 20th-century restraint in the presence of her 21st-century assuredness reminded me of my righteous gum-chewing days in which I wondered why shouldn’t I be allowed to do what I felt like doing all the time, and how my obvious notion of what was right could be seen by anyone as wrong. Why shouldn’t my universe follow Ptolemaic rules?

My reply to the question, as developed over the years, had something with finding the mental space necessary to develop empathy, respect, modesty and compassion, four mechanisms of reflection the me-centric child self is convinced it can do without. Maturity made me (rather scarily) aware that I was only one of many very small bodies in a very large world. My eight-year-old Ptolemaic self entered a Copernican sphere of social co-existence. My gum priorities changed, and I thanked Audrey Hepburn for knowing better than to have ever chewed it while in heels.

My pretty friend, while well past age eight, had yet to reach that intersection. Her universe of self had remained unchanged since childhood, encouraged to remain so by the no-limits digital.

Harmless, you say. Youth will be served, you insist. And I agree, at least in part. But why then does this mercenary autofocus offend me?

The word excess comes to mind, specifically how too much of anything can transform the beautiful into the vulgar, the passionate into the willful, the honest into the manipulative. Take Donald Trump and Ted Cruz, two garrulous power-seekers who by publicly dislocating decorum in favor of pre-adolescent tantrums make rudeness a point of pride and transform immodest wallowing into mass entertainment. If gum is a no-no, chew it anyway. If a phone can take pictures, let vanity be your guide. Be “self-full,” not selfless. If anyone finds your behavior socially offense, it’s their problem, not yours. If worse come to worse, simply say you’re sorry and move on. “The first 40 years of childhood are the hardest,” goes a slogan favored by my girl, who was a friend. A cute slogan if it wasn’t less than ironic.

Ptolemy put earth at the center of the universe to honor diligent gods and their creation. Copernicus debunked him because science told him so. What they shared was uncommon focus and an adult mission to establish order. Order of a similar kind attracted Bernini, who when he designed the St. Peter’s Square colonnade found a sly way to show off. Enter a tiny but marked cobblestone oval and the myriad columns suddenly line up like a single row of disciplined solders.

I tried persuading my pretty friend to step into the oval. I tried cajoling her into that sweet marble circle to briefly feel a bigger-than-me awe. But her many distractions proved too great and her fierce resistance to humility too powerful. And soon, our summit a failure, we parted ways.