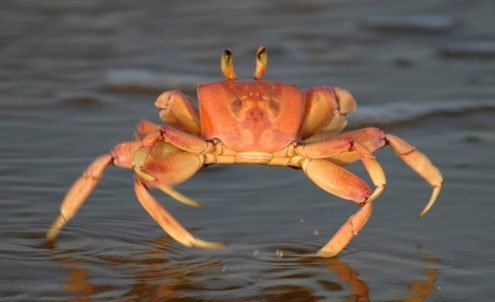 The maker of the crab pasta asks me if Osama Bin Laden is really dead.
O

n a bright Tuesday in May a group of highly educated and affluent middle class Italians gather for an early afternoon lunch. The hostess has made crab pasta. Four women (there are two men) talk about their late adolescent children. A man worries aloud if his son will get into a prestigious private school. One woman knows someone at the desired school and offers to help. The hostess says she thinks a certain television talk show host is psychologically unstable.

Long lunches, the few that endure in a culture that has largely dismissed them, are much about tangents and wisps, likeminded blurting that can sound like collective gargling.

I usually say little. I don’t eat crab. I have no children in school. I rarely watch television. I smile and listen.

One woman wants to know who if anyone is leaving town ahead of an earthquake prediction. A second says she finds the whole story silly. A third says she doesn’t care if she’s considered silly: She’s still taking her daughter to their country home for the night.

Uninformed, I’m bewildered. All rush in to explain: An expert has predicted that a devastating earthquake will level Rome on May 11. He’s always been right, says the most vocal of the women. She’s read all about him. He was an esteemed seismologist who correctly predicted most of the 20th century’s major quakes.

On what basis? I ask.

She pauses. Well, he could tell from the air and the ground and the movement of “things,” or so she thinks. The man interrupts and says he was troubled by sudden gusts of wind that swept through the city the previous day. A presaging perhaps? Two of the women nod. One changes the subject, saying she can never fall asleep until her daughter comes home after a party; “I have a second sense of trouble until she walks in.” Her daughter is 35.

I want to know more about the esteemed seismologist but the group has moved on to details. They recommend I read about him myself, which I do, but later, learning about a learned guesser who swore by the alignment of the sun, moon and stars and sometimes guessed right but never really said anything about May 11. Rightly so.

The most demure of the women says she doesn’t believe in superstition, but is immediately criticized by the believer: This isn’t superstition but science! Just read the newspapers. Or watch television (so long as it’s not psychologically unstable host, who, says the objecting woman, will say anything to improve his ratings).

I try to say something about how anxiety is mass media’s tuning fork, its bellwether, feeding the prospect of medieval woe to a predisposed public eager to magnify the worst. I don’t get far. Instead, the maker of the crab pasta (she has now turned to serving slivers of veal) asks me if Osama Bin Laden is really dead.

Ah, but what about the absence of photographs, and did I hear what her favorite talk show host (a more stable man) said the previous evening about a secret agreement between Pakistan and the United States to announce the death?

And what about the burial at sea? Isn’t that by itself suspicious? Why bury him at sea?

Why not? I reply.

But other women jump in. The destruction of the Twin Towers, they tell me, was a domestic plot hatched by the Bush Administration. “Everyone” knows that! they say. The more vocal of the two says Bin Laden never existed, “Just a demon ‘they’ could blame it on. He was never seen and now he’s dead!”

The man says he’s sure Bin Laden existed and is now dead but wonders why the United States still refuses to admit that John and Robert Kennedy were killed by Mafia plotters and the FBI. “We all know the obvious, and so many years have passed, so why not tell the truth?” he asks me.

I know no such truth, I reply. He scoffs.

The busybody hostess rises and apologizes for her repeated absences from the table. She explains that her Filipino cook and servant has a problem with her eyes. Poor woman. She’s taken her to the clinic twice but doctors aren’t sure what’s wrong. If it gets worse she may not be able to help at all.

Another woman has similar problems. “Getting someone trustworthy is tough these days,” she says.

Maybe none of that will be necessary after the earthquake, I say. After the laughter subsides, fresh strawberries are served. And soon the group disperses.