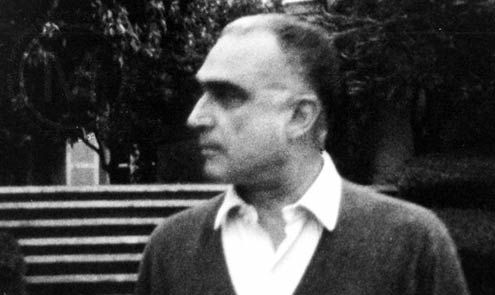 Of the thousands of volumes explaining Italy, Barzini's guide to his country and compatriots still leads the pack.
2

A cannon shot from the past: Luigi Barzini’s “The Italians” comes to mind. Published a half decade earlier it’s new as fresh bread. In tight-packed, bristling detail he scrutinized his co-nationals over millennia. And exposed this same public/private schizophrenia as an historic thread, strangling national unity.

Of the thousands of volumes explaining Italy, his guide to his country and compatriots still leads the pack. His clinical eye scours the historic picture: Barbarian Hordes, papal conclaves, The Baroque, Garibaldi’s Red shirts and Mussolini’s Black, and the spreading tentacles of the Mafia. Events change, he comments, the Italians don’t.

Like any serious writer, Barzini can skewer the ridiculous: see his take on 13th century politician Cola di Rienzo, strutting the Capitoline in Roman toga. But for jokey one-liners on male makeup and female belly piercing, look elsewhere, to books that trip the surface, and quickly date. Barzini keeps to one tough question: what makes Italians tic? His amazingly erudite, lively voice offers incisive view on this ebullient, volcanic country and its people. With book in hand…

1964: written in English, the first edition of his cutting edge critique. Born in Milan, educated in Italy and America, journalist in both countries, placed in confined exile by the Fascists, and later elected to the Italian parliament, this writer was the right man observing his country at the right moment in time. His is both insider and outsider view, in a moment of political ferment.

After rave reviews abroad, the following year’s Italian language edition is scathingly dismissed. Yet, as polled today, Italians now see themselves in the same terms he used: personal happiness; civic alienation. They got it right.

How can a visitor get a handle on this volatile country? Trapped in a roller coaster ride, how have the Italians themselves devised a survival pattern? And what is it?

Soon the invaders don’t want to go home. What are they seeking? “The only art worth learning… the great (Italian) art of being happy.”

For in Italy everyday life itself becomes one of the nation’s famed arts. Any narrow cobbled byway, the tiniest piazza is alive with noise, voices, gestures, smells.

Because Italians have always and too well understood “the importance of spectacle.” Life becomes theatrical performance.

Since centuries of foreign invasion alternated with chronically unstable governments, individuals turned to tight-knit family and friends networks. They found their survival guarantees. Recent weeks, a poll in the daily La Repubblica: “What’s your best employment agency?” Answer: “Your family, friends, and their connections.”

So stick to constant public obeisance to local traditions, and their unwritten behavior codes.

Half a century ago, Barzini’s point exactly. If the Sicilian Mafia originated as a

“family” of friends, self-appointed law enforcers and source of special favor, to friends, so the entire country’s contaminated by a “mafia of the mind.” Perfect performance has become addictive. In the eternal Italian struggle between make-believe and reality, appearance is everything.

Although Barzini can be affectionately wry about “The Italians” he includes a severe caveat emptor. For a nation, the failure to understand “the limitations of showmanship” is tragic. Summarizing the Mussolini years, Barzini strips player to script. The leader failed because key government figures understood that, despite battles lost, they still had to feign the successes he craved. He never knew the show was over, never wanted to know.

Both in and out of love with his native land and people, he admits Italians know a purely wonderful secret: each single life can be made into a work of art. His final, haunting reflection: this knowledge has been fatal to national consensus, to any hope of ordered progress.

Barzini’s right about that. But let’s look around: how many people mind?Millions of visitors continue to arrive each year. As the local crowd patiently explained to those 2007 think-tank analysts: true felicità lies in la società minima and una buona cena. No translation needed.

And it’s an enticing choice. On this peninsula sojourner and native can create, even invent a private, very pleasant existence. Forget global warming. What’s for dinner tonight?

— Patricia Fogarty’s column “Scriptorium” on books, customs, and literature appears monthly. ”The Italians” is available from Amazon.com and other sellers.