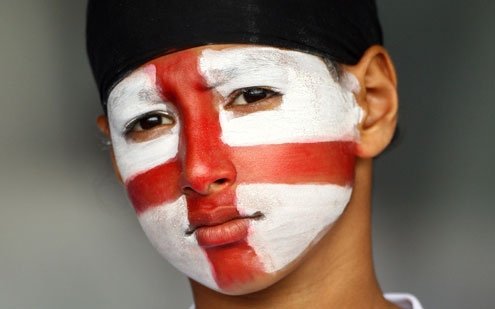 Does where you've ended up demand the loyalty you once gave to the country you left?
I

n 1990, crass right-wing politician Norman Tebbit introduced the so-called Tebbit Test into the already explosive political debate about immigration in the UK. He claimed that immigrants who still supported their indigenous sides in cricket — Jamaicans or Indians, say — were not sufficiently integrated into British society.

“Are you still harking back to where you came from or where you are?” he asked.

Didn’t I say he was crass?

But the debate rages on. Is loyalty to your adopted country (or lack of it) a legitimate citizenship test? Does integrating mean putting aside the country and family preferences you grew up with?

I recently found myself sorely tested when England played Italy in the World Cup in Brazil. Should I back my birthplace nation or the place that’s become my home?

Though thee problems may be easier to resolve in the United States, the “Melting Pot,” which was founded by immigrants and cast-offs, the honest truth is that it’s never simple anywhere. Integration is hard work. There’s no red carpet. Language is different, so are cultural and educational priorities. You have to try, and then try again, and again. And some days you just don’t feel like trying. I think of my children who’ve done it day after day, year after year at school. I consider them brave.

I’ve lived in Italy for 11 years. In that time I’ve added two children to my family. All of them have attended Italian schools. We’ve joined local football and ballet clubs. We appear as a family in the medieval archery contest every August. We support town events and are well received by our neighbors.

I harbor none of the, “Is it better here or at home?” angst that seems to plague many of my fellow expats. When I go back to England I do so gladly. I also come back gladly. On one such return standing at the top of the plane steps, feeling the sun on my toes, I was engulfed by a kind of pure happiness that’s hard to come upon in this life.

So, while I consider myself reasonably integrated, I still supported England when it played Italy (and lost). I was the lone England voice in a crowded bar — a bar, by the way, in which I was still welcome.

Some other important distinctions also need making. Immigrants don’t fit into one category. There are people who have chosen to live in another country of their own free will, like me, and refugees or economic migrants forced from their homelands, many under terrible circumstances. It doesn’t take a genius to work out that people from these two categories will feel very differently about the role “home” plays. Empathy is a must. It levels the playing field. Yes, it’s been hard for me in Italy, but imagine how difficult it’s been for the dispossessed, many forced to deal with discrimination and outright racism.

What I’m probably most proud as someone from Britain is that we’ve manage to forge and bring to life a largely harmonious multiracial society. Despite lots of political rhetoric, Britain’s multiculturalism actually works, and that seems to me something worth fighting for.

There’s a large Indian and Pakistani population my town of San Ginesio in Le Marche, and they’re hoping to organize a cricket tournament along national lines this summer. So forgive us, please, if we don’t support the Italian bunch. It won’t mean we’re not happy to be here.

At the same time I’ll let you in on secret. Some facets of heritage are more complex and run deeper than nation itself. If Scotland were playing England, I’d back Scotland (if there any Scots reading this, please support the Yes Scotland campaign referendum in September). Great Britain is only one piece of personal identity.

As for World Cup, my children are pragmatists. They backed Italy.