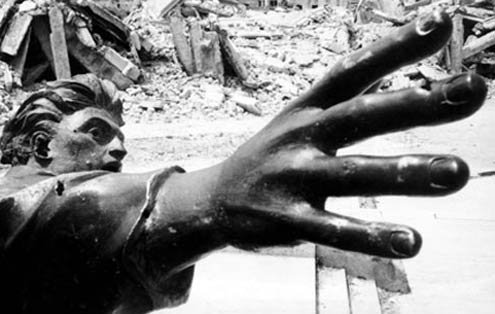 pace, like salt, is at once essential and detrimental. The right amount leaves your mouth a whirling wet place, rife with anticipation. What’s awaited is delicious in all its mystery and sweet imagination.

Space, like salt, leaves you wanting more. Until you’ve had so much that you forget what it feels like to have wanted it in the first place.

— Ellen met James in the spring. They were both busy New Yorkers but their first date seemed promising. It ended in a kiss and Ellen smiled all the way home in the cab.

Though jobs and travels kept them apart over the next few months, they stayed in touch through phone calls and messages. Occasionally came a photo, and the images on their tiny phone screens seemed to fill a bigger void.

It’s the thought that counts in the delicate beginning of things, and these small expressions carried them through summer — and to an unforgettable second date that ended in new heights on her rooftop.

He then left for a week for business, making plans to see her immediately upon his return. The reunion was sweet, sun-drenched in the park with kissing that lasted late into the night.

The night before his next departure they shared a candlelit dinner and spent the night together. She walked him to his office. For a moment she could imagine a lifetime of a similar routine.

He called her from the plane to say goodbye, and sent her a message to let her know he had arrived. The sweetness of it all caught her off guard, but in a good way. She had become unaccustomed to caring, or being cared about.

During the first week of his business trip they dealt with the time change and played Internet tag. Their phone voices were grainy, as were their Skype faces.

But they shared daily updates: Good mornings, goodnights, and good things in between. One night, well past both of their bedtimes, she set her laptop on a stack of books, tilted the screen downward and wriggled out of her panties on the couch. She blushed in the dark and asked him to talk. Just talk until both of them were just breathing.

It wasn’t as good as the real thing, but …

Three weeks into his trip to Latin America, he asked her if she was going to forget all about him. She said “no,” and that maybe it was he would forget her, surrounded by tiny waists and samba.

“How could I ever forget about you?” came his response, easy and incredulous that she might doubt him.

Feeling special is something a girl ought to get used to. His sentiments were uncalculated and pure and made her beam. But they also caught her unaware. Was it real?

She fell asleep happy and woke up to a barrage of good morning messages. She curled up with her phone and fell back to sleep without responding.

She remembered to answer later in the day. And there he was, instantly responding and asking about her day.

The attention felt nice, but when her day took a frantic turn she ignored him again and figured they’d catch up at night.

In a droopy-eyed Skype session he asked her where she’d been, and she told him about her day. She tried forcing a narrative only to feel an uncomfortable sense of banality.

He looked a bit run down too. Before the video call, she’d managed to swab her lips in red gloss. After only four dates, it felt right to show her best self at first glance.

“It’s a little lonely here,” he murmured. She looked down at her fingernails. “I wish you were here,” he added.

Did she wish it too? Something felt jagged in her belly.

“I can’t wait for you to be back,” she said. It was the truth. Or most of it was. She wasn’t sure she missed him — they barely knew each another. But she did miss the way she had felt when he was around.

Three more weeks, he replied, as she tried to gauge his tone.

Good night, they both sighed.

She crashed her head to the pillow. Missing him and imagining him felt meaningful. Could it be that she already missed missing him?

She slid a hand between her legs, blinked away the guilt, and thought of someone else.