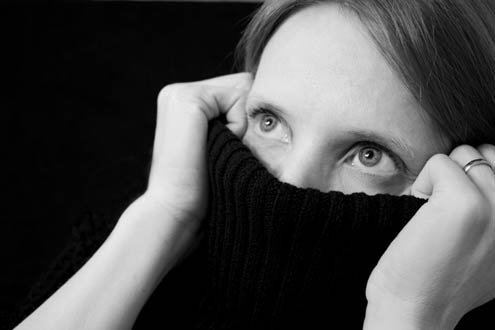 The man who finally gets my love, I told myself, will be the luckiest man on earth.
T

he holiday loneliness was stronger than ever this year. Part of it was moving into a new apartment. I finally got my wish of living alone, but being stuck staring at the same four walls was killing me.

I started brooding. “Can I be loved?” I asked myself. “Can I be in a normal relationship? Spending nights with somebody, waking up in the morning, watching movies together, going out, laughing over stupid things…” Or was I condemned to my loveless “job”? In the middle of my pity party came a call: An appointment for an interview.

I got to the meeting in bad mood. To my surprise, the guy was pleasant and we talked at length. We agreed to a business encounter the next day.

Z was single, in his mid-30s, and lived in Santa Monica. He was the workaholic type who clearly didn’t have time for a personal life. He was like me in a way: lonely. But he’d decided to forget about all that while on vacation. I wanted to forget about it, too.

So we forgot it together. The sex was good. So was the atmosphere. When it came time to leave — it was night — I really didn’t feel like it. Not that I had crush on Z. I just wanted to spend the night with somebody without being paid for it. I wanted back into a time when you fall asleep in someone’s arms because your partner wants and needs to feel your warmth.

It may seem like a little thing, but really it’s not. It’s underappreciated magic. So, I wanted to stay with him but I didn’t dare tell him. I could also tell that he wanted me to stay but wasn’t asking because he thought I’d want more money.

Finally he took me home and the lonely people went their separate ways.

While that man had shown me his love and we had our moments, he couldn’t give me what I longed for: A night together and the emotional bond that came with it. More questions: “How long can I share someone I care about? How long will I be the woman he’s attracted to but never stays with? How many more nights alone?”

The next day brought another client, a handsome, charismatic man who was also good in bed. And married. He’d come up with his own fantasy to explain how we met. “I didn’t call you,” he said. “You’re just the girl I met by chance in a bar and fell for. That’s how we met, don’t you remember?”

Later, he didn’t want me to leave. After dinner and sex, he asked me if I’d ever had an affair with a client. “Twice,” I told him. That led to all kinds of questions about the two men and how they’d managed to “get” me. He wanted to be in the same situation.

But I wasn’t the reason. He just wanted to feed his ego, to win: The questions made it obvious. Still, he kept pressing me to spend the night.

One part of me rejected the idea while another reminded me that I’d been looking for just that, at least lately. “Come on!” I told myself. “Just let him quench your thirst.” After some more conversation and cigarettes I was ready to stay.

Which is when he changed his mind.

“You know, I have to get up really early tomorrow and I don’t want to make you feel uncomfortable. You know I want you to stay, but…”

I hate it when men do that. He wanted something that he turned down as soon as it seemed possible.

But I’m grateful to him.

On the cab ride home, I thought about the two men, the Santa Monica guy and this man, and realized I’d been wrong to even consider staying with them: That stage was over.

But I had come up with an answer to the “Do I deserve love?” question.

Everyone does. Every human being has something special, beautiful and unique to offer. Everyone should be cherished. Holiday blues and bad moods shouldn’t change that.

The man who finally gets my love, I told myself, will be the luckiest man on earth. He’ll be the one for me and I’ll be the one for him. I’ll know it. He’ll know. Maudlin? Maybe. But that’s what I believe and no one’s going to change that belief. Real beauty, once it’s found, is never relinquished.