Love letters to heal the pain 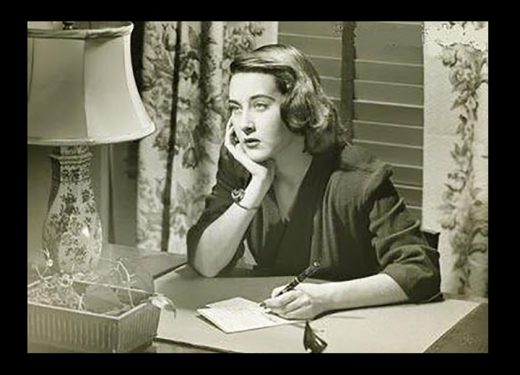 In different era, love letters took another form.
I

’m teaching digital storytelling this semester. These are composite stories — with elements of audio, visuals and narration — which in my case, also began from a digital exchange. It’s a skill I didn’t pick up in school or as a journalist but from a love story.

His name was Giulio, and I was desperate to tell him that I loved him. A phone call felt too naked, an email too risky, a poem too veiled. He lived in Switzerland, so in-person was out. I then discovered digital storytelling. It was fitting, since our relationship had a cinematic quality.

We’d met on an Italian train one weekend. I was visiting Italy while in graduate school in New York City. When Giulio asked me if the seat next to me was free, I couldn’t help but notice his salt and pepper bedhead. He wore a turtleneck in that way European men seem to make attractive. After he sat down, he started reading radiology texts. I was reading cancer studies. A conversation seemed inevitable.

What unified us was the power of that which we’d each lost, a parent. We took some of the sting out of that for each other.

“What’s that?” I asked, feigning interest.

I also learned that Giulio had studied at Harvard with Judah Folkman, a renowned researcher on angiogenesis, blood vessel formation in tumors. I knew about the subject in graduate school. I was smitten by this erudite stranger.

But just as sparks were lit, American tourists arrived to defuse them. “Those are our seats,” they said. Giulio and I looked bashfully at each other. Neither of us had reserved seats. In fact, we were both scheduled to take earlier trains. I’d delayed my trip, and he’d overslept.

The train was packed and we parted before having had the chance to exchange even names. For the next few weeks, I couldn’t stop thinking about him. Back in New York, I Googled a lucky combination of keywords and found him.

“I think we sat next to each other on the train” was the subject line of my email. That began a correspondence lasting many months. It turned out we had more in common than science.

Giulio’s father died of lung cancer, motivating his work at Harvard. I’d undertaken my Columbia University graduate program in science reporting to try and save my mother from breast cancer. Giulio was my muse in a thesis on my mother’s illness that probably would have made her proud—and also broken heart. She never saw it, but Giulio posted paragraphs from it in his kitchen.

“Lasciati portare dal dolore,” he wrote me after my mother died. Let yourself mourn.

Our relationship did not exist only on paper. We did meet. “We made love to avenge all death,” I wrote. In reality, the lovemaking was less memorable than its context. What unified us was the power of that which we’d each lost, a parent. We took some of the sting out of that for each other.

But I wanted the relationship to be something more, especially after my mom died. I’d gaze wistfully at her Currier & Ives print of a fireman rescuing a girl. I’d blast Pachelbel’s Canon, awash in Baroque violins, sure that Giulio would rescue me.

As months passed and our letters grew less frequent, my unexpressed feelings built to the breaking point. Meanwhile, Giulio moved to London. I signed up for a digital storytelling workshop in Cambridge, mostly as an excuse to see him.

I Googled a lucky combination of keywords and found him…

It didn’t take me long to spill my guts about Giulio to my fellow workshop participants, who encouraged me to create what ended up as a digital love letter. Apart from my own narration, I used images, both real and metaphoric, and sound.

When I shared my story, my classmates wept, making me promise to tell them about Giulio’s reaction. Only when I gave it to him did I suddenly understood that my story immortalized a relationship whose moment had passed. He knew this too, perhaps better than me. He thanked me, and that night it felt like we made love without ever having sex.

Part of me was devastated to realize our romantic relationship was over. The next day, I left for America, grateful that the rainy British weather helped mask my tears. At the airport, I suddenly missed my mother.

But I also felt uplifted. I’d made something raw and real that had hit home, like an arrow striking its target. As for me, I was starting to heal.

That was a decade ago, and since then, I’ve composed a few other digital stories on subjects both urgent and deep — including my wish for a daughter. I made that story a year before my surprise pregnancy, and the birth of my daughter Julia.

We live in a “digital age,” where communication has perhaps never been more immediate, yet the brand of storytelling I learned feels timeless, carrying with it ingredients of conversation and poetry. The stories inhabit a space between what must be said, and what is perhaps beyond even the scope of words.