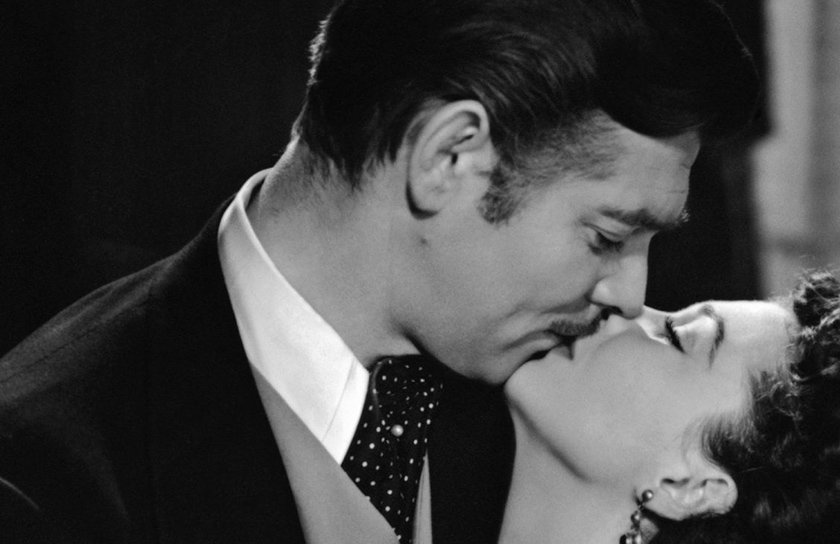 An act in peril in this brave scared world?
I

always liked Valentine’s Day. I liked it even though I knew it was a marketing gimmick cooked up to sell chocolates, bonbons, and greeting cards with the words “be mine” in the good old days when Mad Men executives were making holidays up as they went along, and people were suckers for shopping excuses, the more sentimental the better (I kept waiting for “Uncle’s Day” since I, as an 11-year-old, had a secret crush on everyday-is-Christmas Uncle Harold).

I also liked it because at 23 my boyfriend proposed to me on that day, though a lot of the words were mumbled. It wasn’t the day but the way he did it, almost casually, nonchalant, and with an incredible glint in his eyes that mooted all the mumbling. Nothing ever happened but I still remember his eyes.

We were locked in a courtship dance at the time and I think it just hit him to up the stakes, maybe on a dare. Since I was a lover of Joni Mitchell and love and heartbreak, I ate it all up willingly. “You know it was white lace I was chasing,” she sang in “Song for Sharon,” which was something of a private anthem. “I lit a candle for my love life and fifteen bucks went up in smoke.”

Still, I have a soft spot for love life as a whole, though mine is no longer especially active except when nostalgia comes calling.

All of which makes me worry about this COVID thing and how what we know as romance will evolve. It won’t go away, since girls and boys (and others) like each other too much, but it may be in for a non Joni-like reality check.

I’ve heard talk of virtual dating, and Zoom selection, where you get a few faces to choose from.

I remember the last one, when HIV hit, all but paralyzing heterosexual sex for a year – the time it took for millions to get tested and rumors (“you can get it just by shaking hands!”) went up in fifteen-bucks of smoke. Condom sales went off the charts, remaining there for a decade or so, and early dating sites created basic vetting platforms in which the acronym STD was thrown around casually for the first time – like SWF before it.

But this is different. This has scared some people to their primal core, and many of those people aren’t the ones most likely to get sick. They’re a lot, lot younger, health conscious, into mask-wearing, and not at all sure if they want to re-enter the dating pool, assuming it resurfaces.

I’ve heard talk of virtual dating, and Zoom selection, where you get a few faces to choose from, after which you can go one-to-one, virtually. That might not sound much different than Tinder but it is. Tinder is very much up close and personal. You can’t scroll forever, or you can but most don’t. They merge their geographies, and often their bodies.

Who will want to do that now, and where will they go? To the movies? That faded a decade ago. To a romantic dinner? Great, but the masquerade ball we’re living though now may last not months but years. People were skittish about face-to-face contact before, anxious about their social skills. Now they can claim a bigger exemption, as in, “I really don’t feel that comfortable being around people since COVID. Don’t take it personally.”

But there’s the rub. COVID has trampled on basic tenets of intimacy in a way nothing else in social life has since Romeo and Juliet more or less invented forbidden love. HIV-AIDS kicked up a scare, but a pointedly sexual one.

If there’s ADD, who’s to stop LDD, love deficit disorder, in which the sufferer can’t get over a basic hurdle: fear that people might somehow be infected with something, or that for whatever reason they seem to pose a threat. Who knows, maybe we’ll even enter, “I’ll show you my vaccine if you show me yours” territory, making for a new and weird riff in the tone of some  interpersonal relationships.F

We’re not talking about serial killer stuff here, just the parry-and-thrust that goes into flirting and dating. Will kids, once back in college, return to bars and partying? Of course they will, and a lot of them will end up having sex.

When will the younger population set aside thoughts of contamination and move toward a pretty face?

But that’s not what worries me. I’m talking about approaches, about circling, about meeting someone at work you think you like. If work goes even half-virtual that prospect hits the skids. And digital meet-ups will flourish as a result, but flourish not in the way they were before. Digital “screening” will morph into a commonplace, like an updated version of the pre-enlightened class system, when a peasant didn’t marry a princess. Couldn’t happen.

The nice thing about romance over the last 100 years or so is that the playing field is more level. Anyone’s a possible mate. You see a glint in someone eyes and move toward him, or her. Or you did.

Big crowds will come back. That’s a sure thing. But romance alights in little crowds, in intimate gatherings, in strangers brought together in the work place, or at a dinner, or a party, or a vacation.

When is any of that coming back into the mainstream and when will the younger population of such events set aside thoughts of contamination and move toward a pretty face – and I mean move toward sober, because drunk or drugged doesn’t count. You’re immortal.

The virus shock has made all sorts of people think about mortality who’d usually be thinking about taking selfies. They’ll stick with the selfies but underneath that screenshot layer will be a little voice that whispers, “stay safe” or “what if your mom gets sick” (not that girls and boys always listen to little voices).

And romance, let alone falling in love, has next to nothing to do with staying safe. To be smitten is to made unsafe, in the craziest and occasionally most blissful way.

Here’s hoping the generation weaned on “be safe,” or those coming into it now, know better than to think life (and love) comes without risks. People have died for love, and still do.

I hope those fires keep burning.