Love in the time of gorging 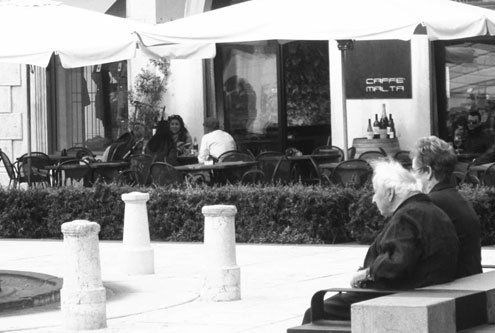 Too often, we gorge on each other in a sea of exaggerated expectations and shallowness. Photo by Jennifer Allison.
A

couple of years ago, while perusing the clearance section at Half Price Books near Seattle, I came across a volume called “Mindless Eating” by a Cornell University food psychologist named Dr. Brian Wansink. I usually don’t read diet books but I do enjoy odd little speculations about how our brains work in relation to specific subjects. I read it simultaneously with “The Shallows: What the Internet Is Doing to Our Brains,” by technology writer Nicholas Carr.

What do online dating, overeating and our brains on the Internet have in common? From my own experience, everything: They all tug at the same underlying issue.

We are a generation that likes to collect and to gorge. We gorge on food, on information, on people. We create conflict within our body and minds, and with others. But here’s the thing: once we generate all that conflict, we no longer need to resolve it. Why? Well, we can always move on. We can try another diet, read a different web page or just dive back into the online world and find a different partner. Why bother eating less, reading a novel or even resolving a conflict with someone you’ve started dating — and care about — if you don’t really have to?

Wansink’s book mentioned a study involving two groups of students. While watching a movie, one group was given a bowl with 11″flavors” of M&M’s — 11 colors, that is — while the other got a bowl with only seven colors. Now, I know and you know that color doesn’t influence how M&M’s taste. Still, the group with the 11 colors ate over 40 percent more than the group given only seven. Intriguing.

Before I began my online dating ride I had a conversation with a “veteran,” a guy I knew had been at it for years. He was fortyish, good-looking, and well-educated. He leaned toward younger women, since he wanted a family and didn’t think women close to his age could give him one. Fair enough.

After he described the women he’d been talking to and dating I asked him a simple question: Have you ever been out on a date with a beautiful, interesting and composed woman whose company you really enjoy, but in the back of your mind wondered how many texts, emails or the like might await you at home or on your phone — messages from other women?

Sheepishly, he said “yes.” My knee-jerk reaction was that I could never be so shallow. I was above all that. But thinking about it a bit more I realized that I’d been guilty of the very same thing on occasion. I’d been on dates where concentrating on what would have been a good conversation with an interesting man was difficult because I couldn’t take my mind off the text I’d received from some Mr. X an hour before the date began. Later, while alone, I’d feel guilty and promise myself I’d never let it happen again. But it did. I also found myself dismissing a potential long-term partner far more easily.

The more men I met, the more colors or flavors I had, the longer my list of “can’t haves” and “will not tolerate” grew. Worse, I was meeting men who were similar to me, most burdened with their own growing lists of intolerances. Like attracts like. Both sides were essentially going through the same self-involved ritual — gorging on each other in a sea of exaggerated expectations and shallowness. Much like the students who got the eleven “flavors” of M&M’s and ate 40 percent more, online dating gives us a pool of potential partners as vast as the ocean — and even then we want more, more, more.

We just don’t want to admit it. A similar phenomenon is the collecting of opposite sex “friends,” another form of gorging. That happens when you’re not quite into one person as a partner but at the same time don’t want to give him or her up in the event someone else doesn’t work out. Maybe the “friend” is pretty or handsome but lacks personality. Or maybe they’re just not pretty or handsome enough. These people become our “friends” and we become theirs. We like to text them, email them and communicate with them on Facebook. We flirt with funny little emoticons. We hit the send button and get a response within seconds. It makes us feel good. It makes us feel wanted. In fact, it makes us feel everything but satisfied. I liken this to Carr’s description of the Internet’s impact on an individual’s ability to probe self-awareness, or even wish to. He writes, “The Net’s interactivity gives us powerful new tools for finding information, expressing ourselves, and conversing with others. It also turns us into lab rats constantly pressing levers to get tiny pellets of social or intellectual nourishment.” For Carr, “Once I was a scuba diver in the sea of words.” becomes “Now I zip along the surface like a guy on a Jet Ski.”

So where does this all end? Does it end when we finally meet someone who makes us want to bend our rules, and who wants to do the same for us? Or do we enter a serious relationship still hanging on to “friends” and unconsciously believing that if it doesn’t work out with them there’s always someone else? When do we close all the doors? At what point do we decide we’ve had enough M&M’s and that instead of “flavors” we want something nutritious and substantive to fill our insatiable appetite for love, acceptance and affection? When do we set aside breaking news and return to reading novels? I can only speak from my own two-year dating experience, which included a few semi-serious relationships. In that time I continued collecting “friends,” which fueled my ego, but little more. I was full but not satisfied. I’d become my own lab rat, and I didn’t like it.

So I made a decision. I began ignoring texts and messages from my male “friends” and even canceled my online dating account. I tried in earnest to resolve a conflict with a man I really liked. I put aside the Jet Ski.

Yes, it’s crossed my mind that the newfound comfort I feel being single is based on knowing that if I ever get desperate or need an ego boost, I can always dive back into the online world with my old “friends” probably ready to jump back on my bandwagon.

— The author is a Washington state-based artist who maintains a blog. She was born in Germany and travels to Europe often.