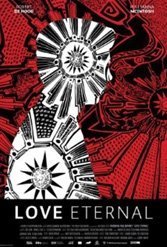 In wooded Ireland, six-year-old Ian (Robert de Hoog) exchanges messages with his father on a walkie-talkie until the signal dies — his father with it. The bereaved boy turns inward. A decade later, still-sullen Ian finds the body of a classmate, again in the woods. She’s hanged herself. Introversion deepens into bearded reclusion. He is, he decides, a “mountain goat,” not of this world, an alien species unfettered to life. The moorings fray further when his mother dies. The introvert’s next step would be to kill himself, a plan he hatches with online diligence. But a separate suicide gives him pause. He will become a kind of modern-day boatman helping despairing young women to die, venerating their corpses until decay sets in, a coming-of-age lasciviousness percolating beneath the silent surface.

Director Brendan Muldowney tasteful if not especially insightful take on estrangement, suicide and necrophilia is surprisingly lacking in soul. From the moment Ian’s burden (or affliction) becomes clear, the rest of the story — based on Kei Ohish’s novel “In Love With the Dead” — is more predictable than unsettling. It is also slow. Attracted to grieving mother Naomi (Pollyanna MacIntosh), Ian’s would seem on the verge of revising if not forsaking his ghoulish ways. But by the time the melancholy mountain goat gets around to a will to live, the climax is no surprise. Subtlety is replace by concerted oddness but the substitution fails. Laconic Ian’s journey, however macabre, is never startling or revelatory, which such a tale demands — at least on screen.