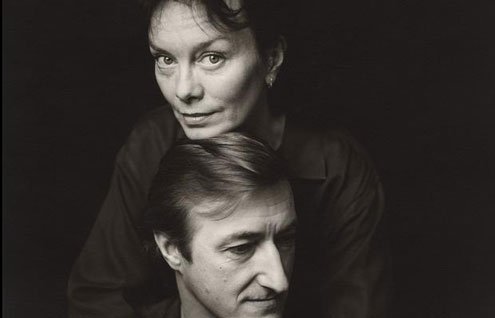 s easy as one two three. The old idiom is consoling enough if only life were ever that easy. It’s not. But Julian Barnes depends on the one-two-three formula to power his poignantly brilliant reflection on love and loss, “Levels of Life” (Jonathan Cape, 2013).

Barnes’ wife of 30 years, the literary agent Pat Kavanagh, died little more than a month after being diagnosed with a brain tumor in 2008.

“Griefstruck” husband Barnes opens with slyly ironic anecdotes that conjure up the perils of “rising too high” and concludes with a personal account of pained mourning that is so unflinching, succinct and to-the-bone that it should rank with the finest memorial tributes in literature.

The first two sections supply interlinked tales of 19th-century figures who dared to aspire to untried heights, balloonists Gaspard-Félix Tournachon — known as Nadar — Fred Burnaby, and French actress Sarah Bernhardt, the latter once companions in flight and love. All sought altitude, from which you can crash and burn.

His joining of an improbable duo — hot air ballooning and passionate love — is so simple that we’re almost persuaded the connection must have existed all along. We just hadn’t noticed.

His one-two-three opens with “The Sin of Height” which recalls an ancient warning that we mustn’t “get above ourselves,” one that so-called “balloonatics” ignored. Burnaby, a member of the Royal House Guards, went aloft in a striped coat, carrying with him two beef sandwiches and cigars – “careless” toward the risk of igniting escaping hydrogen gasses. Bernhardt chose to travel with her aeronaut lover (yet more connections), bringing along champagne and tartines de foie gras.

They recognized the danger of the flight to new heights.

Nadar, who pioneered aerial photography, altered man’s view of the planet in literal terms. His acclaimed shots were the first to show earth from above. He possessed “a freedom subservient to the powers of wind and weather,” writes Barnes, but it was a challenge he accepted willingly, drifting to photograph sunrises. “You put two things that have not been put together. And the world is changed.”

Next comes “On the Level,” in which Barnes slyly extends his aerial lessons to love’s ecstasy and implicit dangers. “You put together two people who have not been put together before, and sometimes something new is made, and the world is changed.” They may soar in unison, gaining moral and psychological depth. But sooner or later they may also crash and burn or burn and crash.

Heights and Bernhardt were Burnaby muses. At the end of a performance he sought her out in a crowded dressing room amid other admirers. Soon after, Bernhardt, so tiny in real life she claimed she could “slip between rain drops,” and adventurer Burnaby, left the dressing room for the first of many passionate nights of lovemaking.

Fred wanted to wed. But was Sarah really as in love as she seemed? Yes, she insisted, “but I am not your marrying kind.” She dismissed his proposal. His fall from love’s heights brought a pain that endured until his death. Barnes again: “Every love story is a potential grief story.”

The slim book concludes with “The Loss of Depth,” which follows wryly-sketched sections on the risks of soaring with Barnes’ first person, tragic in memoriam. “You put together two people, then one is taken away. At times, what is taken away is greater than the sum of what was there.” You lose a jointly formed moral and psychological depth.

His days and years are ruled by anger. Anger at well-intended friends. Anger at life’s injustice. She died. And what meaning to that? “Just Life doing its stuff to us.”

As an atheist, he can find no after-life consolation, and wants none. He contemplates suicide: a warm bath, a razor. But since his wife lives on only in his full memory of her, he can’t kill the very mind that holds her story.

In putting grief to word, Barnes has transformed her into someone of universal significance. In this unique and powerful book he passes on the tremendous significance of life fully lived, and the inevitable and terrible force of death.