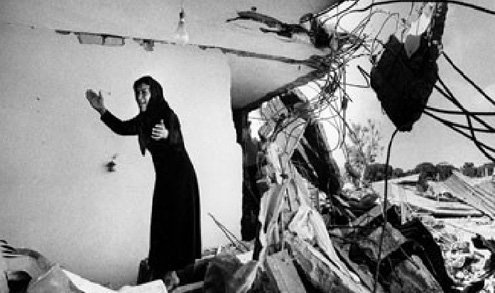 flew into Paris from New York on the morning of November 13, en route to Italy. Sitting beside me in the pew-like row was a young couple from Manhattan on their way to Paris for five days.

Given the close quarters, it was hard not to overhear them. They were cute: she was bossy and affectionate while he was protective and tender. She called her mother before takeoff to say goodbye and explain their Paris lodgings, an Airbnb for the first nights and a swank hotel on the last night. The daughter said goodbye with effusive affection. “I told her it was a Relais Chateaux; that’ll make her happy,” the young woman told her beau after hanging up.

I imagined them walking together in the city where I was born, enjoying Paris’ colors, noise, flavors. I imagined him proposing to her before the end of her stay, and how Paris would then become part of their “story.” I thought of them going on to build a family and later tell others about the trip that marked the official beginning of their life as a couple. In some way I felt privy to a beautiful moment.

I’m an imaginer. I see things above, beyond, and behind the world we actually live in. I tell myself stories, weaving mundane issues into larger ones. These whimsies are often romantic. I seek beauty. I need it and it reassures me. It reminds me of what is good about being alive.

Where is this young couple now? How were they affected by the bombings that took place on the first night of their arrival? What were they doing when the explosions took place? Are they together? Were they separated in the fracas? Are they wounded? Worse? By thinking of them I’m not just reacting to the horror of these events — 129 people died that night — I am processing it. It’s a step forward. Tomorrow or next week I may have forgotten about them; tomorrow or next week people may see their raw fears recede; tomorrow or next week another young couple will likely make its way to Paris for a romantic weekend.

Between the ages of six and eight I lived in Beirut. Towards the end of our stay in Lebanon, bombings had become routine. The country was wracked by 15-year-long civil war that included an Israeli invasion. From our house on the Corniche along the sea we could see flashes of light and hear gunshot explosions as warring neighborhoods fought.

Sometimes there were air raids and we took shelter into the cellar of our building, or school, or wherever we were at the time. My brothers played in “the ruins.” I was warned not to pick up random dolls that I might find on the ground in the same way that my friends back home learned not to accept candy from strangers. Soldiers stood with machine guns behind sandbags in the city’s business districts.

And that was only the beginning. Sadly, it got worse over the years. Estimates suggest more than 100,000 people were killed in the years of fighting. Conflict anxiety was something I took with me as I grew up. I may have learned how to manage it. I may understand it differently. But its presence endures.

Perhaps it helps me weave my stories.

What happened in Paris saddened me greatly. As in Beirut, I fear the situation will get worse before it gets better. I fear for my family and friends in France. I fear ISIS will press harder. I fear for the safety of commercial airliners as they cross the night sky into dawn. I want them to land, and when they do for people to clap their hands like children, to cheer as they sometimes do spontaneously. I want a happy ending, or a happy beginning. I want love, actually.