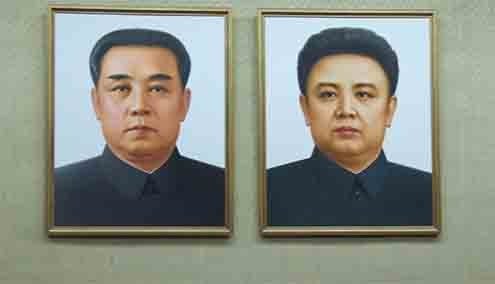 onald Trump and Kim Jong-un are easy to mock. Both naturally play into caricature. One is a narcissistic billionaire president who has long equated profit with success and is allergic to critical thinking. He is raw, petty, and to himself alone quintessentially American. His mental anatomy regards self-deprecation as treasonous.

The other is the thirty-something leader of a barren nation beholden to isolation and a culture of military paranoia. He only gradually emerged as his father’s first choice as tyrant-heir, a critical if little-mentioned detail in a hardline Communist country that deifies its “dear leaders.” He is pudgy, envious and had his uncle executed and earlier this year apparently had his exiled half-brother, once his father’s favorite, assassinated using nerve gas in the departure hall of Kuala Lumpur’s international airport.

All in all not a pretty picture schoolyard picture. In it, two not-yet adults — bullies, in fact — insult each other at will, each one saying it has the longer and more lethal stick. The only stick of consequence of course belongs to Trump, and he knows it. This allows him to taunt his adversary with rare impunity, at least for a sitting U.S. president ostensibly in charge of keeping the global peace. For Trump, repeatedly rebuffed on the domestic front, investigated unfairly (or so he thinks), a small but fierce war might give substance to catharsis. Trump is man accustomed to getting his way on his terms. There is no underestimating the rage he carries inside for his emasculating “losses” in repealing the loathed Affordable Health Care Act and his consistent inability to get his congressional foot soldiers to stand in a straight, loyal line. His near-daily salvo of noisy verbs and exclamation points makes that clear. The king of the playground or the later head of a family business — closer to tyrants than politicians — see such reversals as wholly personal insults. This can make his loose cannon anger seem funny, deplorable, silly, immature, at least to some — but to him it is none of those things. In the insecure mind, a political reversal is tantamount to an embarrassingly botched business deal and requires “watch this!” redress. In the schoolyard he’d probably kick someone else’s ball over the fence. Or carve insults on a wooden desk. Spite is a coping mechanism.

Spite and obsessive suspicion are all Kim has known. Hemmed in countries depend on it to portray the outside world as hostile and driven day-and-night by sinister intentions. Add primitive nuclear weapons to the mix and Kim — never mind his fear of flying — can for the first time call attention to himself using the sexy language of fission.

He is no longer the slightly chubby outsider with a penchant for NBA basketball and Western movies but an impetuous grand wizard in miniature with the hardware to make doubters pay attention. He and his inner circle can scoff at compromise, seethe and threaten, pick up handfuls of stones and announce their readiness to rain them on the nearby boys and girls. Take that! Look at me! And, more importantly, “You were right to choose me, father!”

Kim’s snarling sense of infallibility, like Trump’s “locked and loaded” righteous rage, ensures a working if not seamless merger between nationalism and ego.

In fairness, global crisis is rarely mature for any length of time. The playground always beckons. Was Nikita Khrushchev adult when he told the UN, and the West, “We will bury you,” banging the gavel with the heel of his shoe? Hardly. He was a shot-and-tell peasant on a pay-attention mission.

Not long after, the U.S. and the Soviet Union flirted with nuclear war over missiles in Cuba. Though Kim had not yet been born, Trump knew all about it. He was a cadet at the New York Military Academy.

Trump never outgrew his military fascination and Kim never strayed far from the world of generals that dominated early life in his inner sanctum. One became rich, the other infamous (if in an isolated way), but both tasted privilege and power and with it the desire to impress through force of doing, through fear, through different styles of impertinent absolutism. Despite their near-40 year age difference, they’re ideally suited to one another’s hectoring, the big bully and the small, each determined to make a point through playground posturing, all the while demanding total loyalty — Kim getting it, Trump less so.

For different but likeminded reasons, neither one is beyond indulging a big bang.