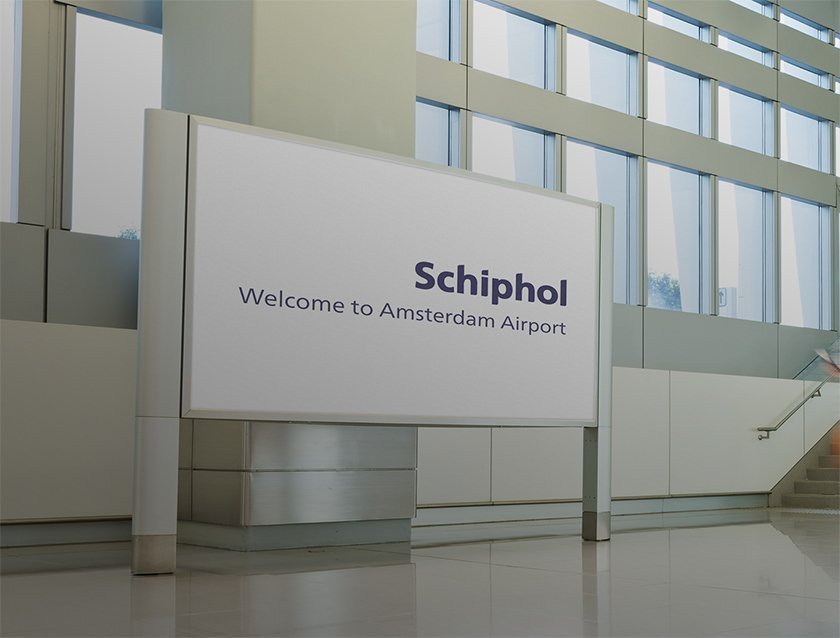 Departure board at Amsterdam's Schiphol Airport, a one-time European and global hub, as photographed last fall.
I

am beginning to rather roundly dislike the 21st century. Label me vain or self-involved – I’ve been accused of both – but this dislike is somewhat different from the rest because it’s about my livelihood and my soul, both of which I’m somewhat protective of.

Starting in 2014 I began having twice-yearly encounters with a certain Dutchman, let’s call him Ruud. Ruud found me on the web, we exchanged messages, he sent me references, and off I went for an all-expenses paid weekend to Amsterdam. Men are not my favorite gender, but they make up most of my clientele. That said, I really liked Ruud.

He was respectful, polite, totally fluent in English, an engineer for a large company, and very, very easy on the eyes (and open in his spending, on me and on us).

After that Amsterdam weekend, with lots of laughs, room service, and assorted frolicking, we made a deal to meet in winter and fall. Lo and behold he was true to his word. We traveled together to Bali and Basel. We had lots of surprisingly tender sex. We started to talk to each other openly: I would tell him about my lover and he would tell me how he still loved his ex-wife but they simply could not, under no circumstances, ever live together again. They’d tried that twice, with two kids as a result, but they seemed unable to keep themselves from bickering over small things that would then explode into fights. And Ruud had a temper, not physical force but words. We made a deal never to argue, easy when you’re escort-and-client meeting on a biyearly basis.

We started to talk to each other openly: I would tell him about my lover and he would tell me how he still loved his ex-wife.

Then came COVID, the ugliest acronym in the dictionary.

Holland in contrast was fairly reasonable, and this made me like the Dutch government. It seemed less prone to imposing bureaucratic drama on top of a medical emergency. People came and went.

That was fine until the prime minster got too casual about things, was voted out, and open-minded Holland turned into something of a medical police state, which it is now – curfews and lockdowns are the norm. Sex workers are in purgatory. Some of the locked in are going mad. But this, says Holland, is the price of not paying COVID dues two years ago. You’re imprisoned.

I couldn’t see Ruud in the fall, when we’d planned a skiing trip. I now can’t see him in Amsterdam because the Dutch and the British are barely talking in COVID terms. Britain is seen as a death-wish place while Holland is pure and intends to remain that way (while people go into depression by the thousands).

I seemed to have worked out a little loophole that would have allowed us to meet in Paris, but new rules and vaccination demands, plus Ruud’s fury at the Dutch testing system (slow and cumbersome) led us to a dead-end. He had a booster postponed and canceled it in a rage. He was then detained for walking around without a mask after curfew hours. The story he told me about his time with the police was like a Gestapo story from World War II. And this is Holland.

Sure, we’re in touch virtually but it’s not the same because, I say again, I liked being with him. That doesn’t apply to all of my clients, and I don’t expect it to. Sex work is a job, not some make-believe holiday in which the escort is rapt in the presence of the person who hired. My job is fantasy, sexual and emotional, which means I’m just another kind of actress – only one the moral world finds distasteful because money and sex automatically suggest a woman has allowed herself to be bought and enslaved by a man, and that’s laughable.

In any case, Ruud has become despondent. He hardly bothers answering me on Whatsapp so I’ve also cooled. It’s just not our time of the world, and who knows if it ever will be again. I may never meet the Ruud I knew from 2014 to 2019. He may be gone with the medical wind.

I think about this in London and Glasgow, where things are looser but there’s still a sense of being oppressed. I see people on bikes with masks, as if it’s part of their new-age apparel. COVID and cousins seem to me less like a disease system than a sickness morphed into a trend everyone feels the need to adjust to in some way, whether they’re scared, defiant or just tired out.

For February 2022 Ruud and I had planned a trip to South Africa for a week, a place I’d never seen. I wanted to climb Kilimanjaro cad come home relaxed and richer.

Those plans exploded a long time ago when it became clear Holland wouldn’t be budging from its new militancy. Too bad, really. And too bad for all the people who do tours, not to mention the airlines. My best friend, a British Airways flight attendant, has been furloughed for ten months now. The other day she asked me if she might make ends meet in the escort business since she’s behind on rent and other things.

In other times, I would have told her, this isn’t for you, because it’s not. She forms quick emotional attachments, and that is not a quality you want as an escort, or you end up meeting two less-than-nice clients and get demoralized about life in general.

This time I didn’t let her finish her sentence. “No!” I interjected. I said it with fury.

Maybe it’s a harbinger for changes ahead, at least in my life. It’s not that there aren’t Ruuds out there. It’s just that you can only “meet” them digitally, and that, to me, since I like people, is a dead end.

“I am SO depressed,” Ruud texted me the other day. I didn’t reply for a day, thinking about just how I feel right now, locked in not by virus rules but by the defensive syndrome it’s created. When I did reply I wrote only. “Me too.”

About the Author: Veronika Nomad

Veronika Nomad is the assumed name of a Minsk-born, Milan-based writer and escort who spent two high school years in Tampa, Florida before dabbling in economics at Moscow State University — after which she succumbed to the allure easy money. Her identity has been verfied,