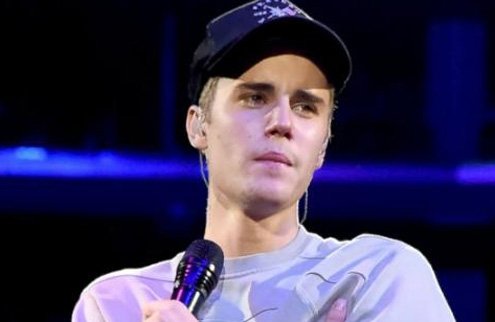 ho is Justin Bieber? Ask a dozen people and you’ll get a dozen answers: One of the biggest teen idols on earth; a clueless product of celebrity culture; an Internet punching bag; Canadian.

Until 2015, however, it seemed impossible to take him seriously as a musician. Purpose (Def Jam), his latest album, angles to alter that perception.

Now 21, this is Bieber’s coming-out party as a grown man. It’s intended as his “mature” re-imagining.

Bieber has taken an interesting road so far. Unlike superstar contemporaries who went through Disney’s idol-making machine — Miley Cyrus, Demi Lovato, Nick Jonas, former flame Selena Gomez (to whom much of Purpose seems to be directed) — Bieber was chauffeured to stardom by singer and actor Usher and marketing scout Scooter Braun. Powered by his rabid fan base of “Beliebers,” 2009’s My World and 2010’s My World 2.0 established him as a harmless but potent teen pop star. Atop heavy synths inspired by producers like The-Dream and ferried forward by the emerging electronic dance music movement, Bieber sang love songs to his fans, which ate them up.

Predictably enough, he was constant tabloid fodder. In 2012, he released Believe, which inched him closer to adulthood. The octaves that dropped out of his voice over two years made songs such as “As Long As You Love Me” and “Beauty and a Beat” seem light years removed from earlier hits “Baby” and “Never Say Never.” But if his voice changed, he hadn’t, not really. Bieber’s world was still built from empty romantic platitudes and simplistic couplets.

Journals, released in 2013, suggested greater substance might lie ahead, perhaps a confessional album about a youth leaving adolescence behind. That, at least, was Purpose‘s promise. Yet despite the grown-up narrative and impressive musical palette, the record does little more than expose the bewilderment of its central character — by age, by the industry, by others, by life.

Its three dominant pop radio singles are a triptych of confused naiveté. “Where Are Ü Now,” “What Do You Mean?” and “Sorry” sound like his end of a phone call with bad reception. “I’ll Show You” implores listeners to remember that he’s human, which no one forgot. The title track is a dreadfully self-indulgent piano ballad. Lodged amid this emotional detritus is “Children,” which bafflingly asks who’s going to think of the children (when, again, no one forgot them). His attempts at R&B are flat and bland. The more emotional he gets, the less convinced he is. Only when Bieber doesn’t try so hard does he shine.

Returning to the triptych, “Where Are Ü Now” sees Diplo and Skrillex (the two producers behind Jack Ü) generate beats Bieber slots into seamlessly. “What Do You Mean?” is a startlingly unflashy pop song guided by a faux-Aboriginal flute sample. “Sorry” is fueled by a Caribbean rhythm, another recurring motif. “Company” wouldn’t sound out of place on the deck of an Ibiza beach house.

Since Bieber is one of the world’s biggest pop stars, it’s no surprise much of this sounds as plush and expensive as what you’ve come to expect from Drake or Future. For all its lyrical flaws, the record sounds contemporary without being contrived.

It’s hard to say the same about its protagonist. “I don’t know if this is wrong because someone else is telling me that it’s wrong but I feel this, so let me just, like, try my best not to let this happen again.” That muddled line comes from an interview clip that closes the standard version of Purpose. Its tangle is a summation of the album.