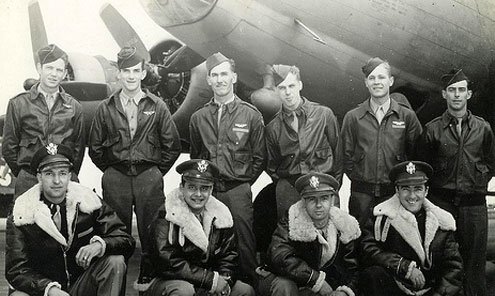 or years I lived in a world of fantasy wars. My Christmas presents were plastic model airplanes I built in the basement. The Revell company made Messerschmitts and Mustangs, Spitfires and Stukas, Dorniers and B-17s. I recreated my version of the Battle of Britain and bombing runs over Europe by hanging the models from threads attached to the ceiling so that they faced one another in mock aerial combat.

Red-tinted cotton balls on the wings represented explosions; these were the stricken planes. Big blue circles painted on the bland concrete floor stood in for the menacing expanse of the English Channel. Over time, basement became chock with dozens of planes made to hover above soldiers and ships.

For months, then years, I spent hours in the company mostly of my plane models and Siamese cats, who seemed aloof from the thumping but silent conflict above them. My private war was perfect.

One night before New Year’s, General Thurman, a wartime friend of my father’s stumbled into my lair. He’d been in the American air force (part of the Army until after World War II).

He stepped around all the planes and boats.

“I can see lots of work went in to this,” he said.

“There’s something, though…” and he paused, examining a Spitfire that was pointed down, aimed to crash into the sea. His hands were small and gnarled. He was, I thought, nearly an old man, which disturbed me. He was a stranger in my theater.

“The thing is,” he said, “you don’t have any pilots here. I mean, look at all this war! Don’t you think you should get to know the pilots?”

A week later, with my father’s permission, General Thurman had me excused from school and took me to the Pentagon, where I had never been. The halls were vast and deep, like the tunnels of some still-busy crypt.

He took me to the photo library and asked sergeant behind a wide desk to take me to the books that had been put aside for me.

We walked, the three of us, to a table where 10 thick books lay. Behind them shelves ran floor-to-ceiling for city blocks.

“Have a look at some of these, and I’ll be back in a while,” said General Thurman, and he left me there.

The sergeant pointed to dozens of thick volumes. Each one was labeled only “Lost crews.”

The volumes contained 8×10 black-and-white photographs of 10 men, usually four in the foreground, kneeling, and six in back, standing, in front of B-17 bombers. They had nicknames painted on their fuselage, like “Metal Rose” or “Grinning Ghost.” Many had the painted bodies of naked women. The crews were very young. Most grinned for the camera. No one seemed scared.

I remember my excitement and fascination. These were real planes, real men. I could finally populate my models with pilots and gunners.

Which is when it hit me. The men.

These were the volumes of the dead. Each photograph was a portrait of a lost crew. Each volume contained 20 lost crews. Each bookcase contained hundreds of volumes. I had been taken to a graveyard.

“Having fun?” the sergeant asked.

“Understand what I mean?” General Thurman said later, dropping me off at home. I nodded.

And I returned to the basement to begin the slow and often disconcerting process of connecting the imagined to the real. Over the years, the airplane models diminished and finally disappeared.

The rest of the connecting effort, which comes to mind before each new year, is still a work in progress.